Following the cancellation order on his deportation, and after being detained for over 30 days, Hicham Yezza has been released on bail after the Home Office refused to grant him temporary release. 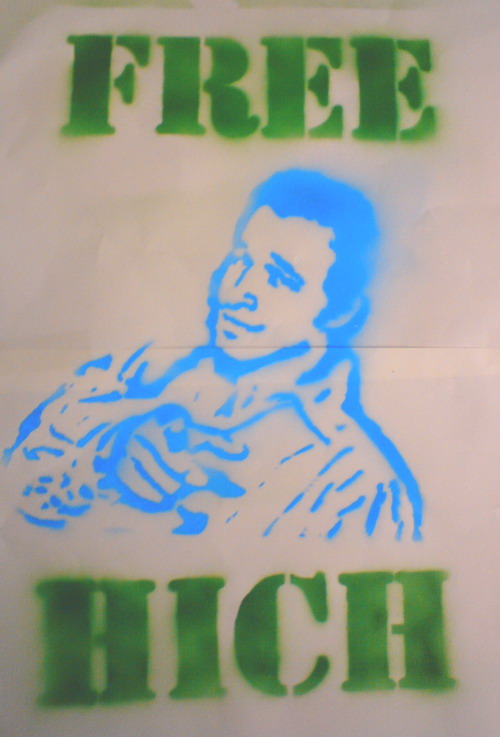 Hicham, a prominent political journal editor, writer and University member was arrested under anti-terror legislation for the possession of 'radical material' on May 14th. The document in question is widely used for research purposes and was downloaded from an official US government website. At the time of the arrest the document was being used as material for a PhD proposal (supervised by staff in the Department of Politics and International Relations) of a student friend who was also arrested.

In the wake of the arrest the Home Office attempted to deport Hicham: a move that elicited widespread condemnation. Alan Simpson MP said: "The basis of that removal is to try to justify the abuse of power under the Terrorism Act" (see website for text of speech). The deportation order was cancelled in the midst of protests and a concerted campaign for Hicham’s release, but he remained in detention for weeks in various immigration removal centres. The Home Office attempted to justify Hicham’s continued detention by claiming he had an 'absence of close ties' to the UK. This was despite overwhelming evidence to the contrary, including hundreds of character references from friends and university colleagues, testifying to his excellent character and exceptional contributing to British society over the last 13 years.

Hicham's arrest highlights the routine and inappropriate use of the terror laws in Britain. Despite the fact that the ‘radical material’ was immediately confirmed as research material by academic supervisors, both Hicham and Riswaan Sabir were held for 6 days. This is a pre-charge detention period that would be illegal in most EU countries.

This development comes in the wake of recent national debate surrounding the extension to 42 days pre-charge detention and at a time when the US Supreme Court reaffirms the writ of habeas corpus in relation terror suspects held in Guantanamo. Yet the UK Government continues to undermine this cornerstone of liberty and accelerates the erosion of fundamental civil liberties.

When asked for comment on his release, Hicham said: "Being detained for the past 31 days has been the most harrowing experience of my life. The support my campaign has received from thousands of friends and supporters - including MPs academics, artists and concerned citizens in Nottingham and beyond - has been nothing short of inspirational and has sustained me through this difficult time. I have spent almost half my life in Nottingham and throughout that time have done my utmost to be a productive and positive member of the student and local communities. I look forward to continuing my fight for justice and I hope sense will prevail."

Campaign coordinator Musab Younis expressed his delight, commenting: "The incredible success of the campaign is testament to Hicham’s deep roots in the community and unique contribution as a well-known activist, academic, writer, and artist. The campaign will press ahead in its aim to secure Hicham's right to stay in the UK. We confidently expect a swift and positive resolution to this case, in line with the values of justice and free speech that we expect our country to uphold."

"We are delighted that Hicham Yezza has been granted immigration bail and has been released," said David Smith, immigration specialist with Midlands law firm Cartwright King and who is representing Mr Yezza. "The judicial review will now continue and we hope that the case will proceed in an orderly fashion to its proper conclusion."

Press conferences will be scheduled shortly: see website for updates.