To raise funds for, and awareness about, the Camp for Climate Action at Kingsnorth, Kent, Eastside Climate Action organised a garden party at the Sumac Centre. 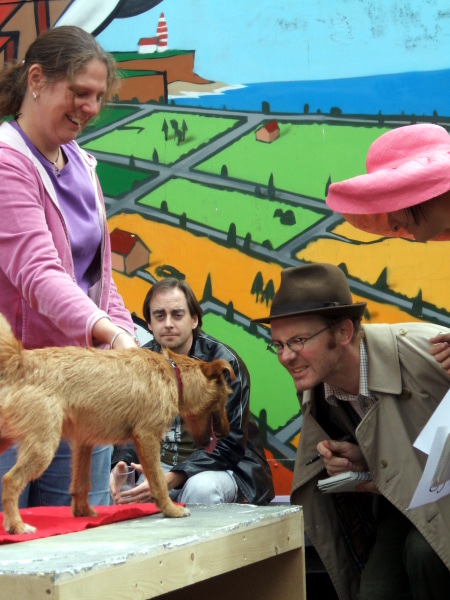 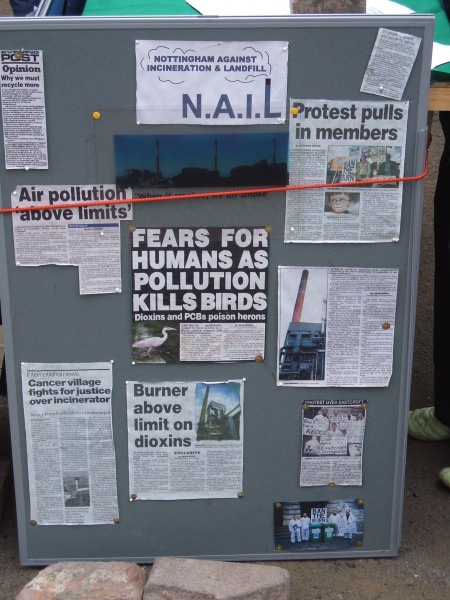 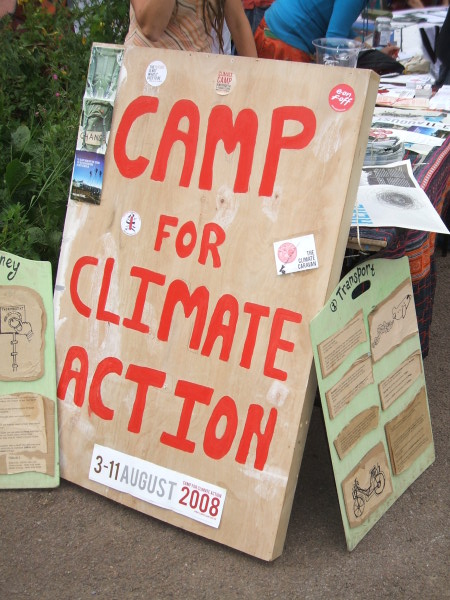 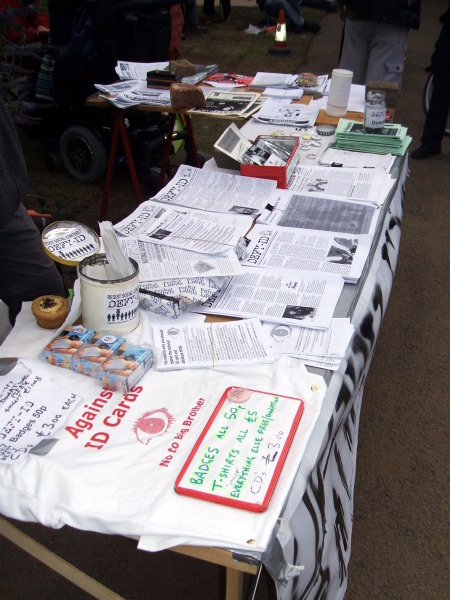 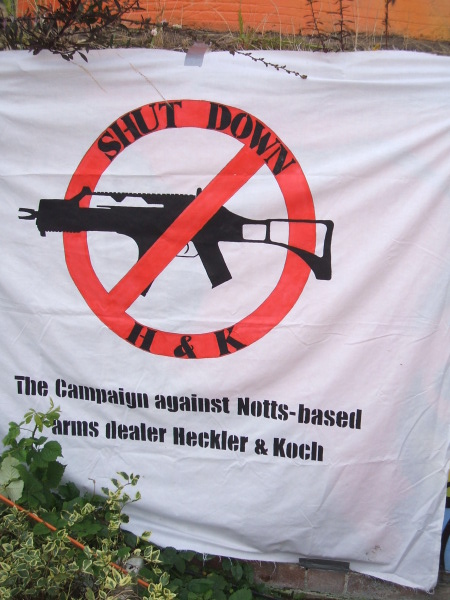 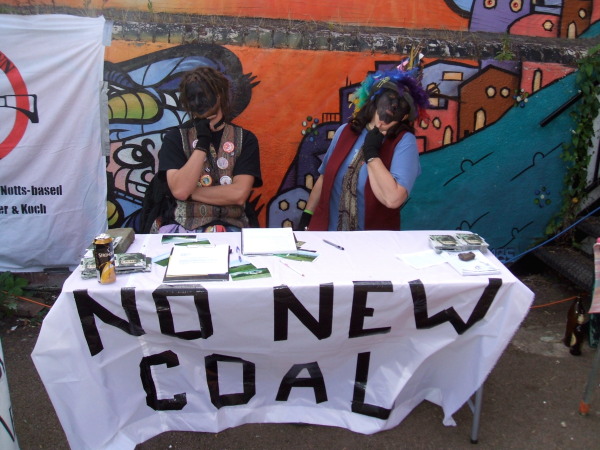 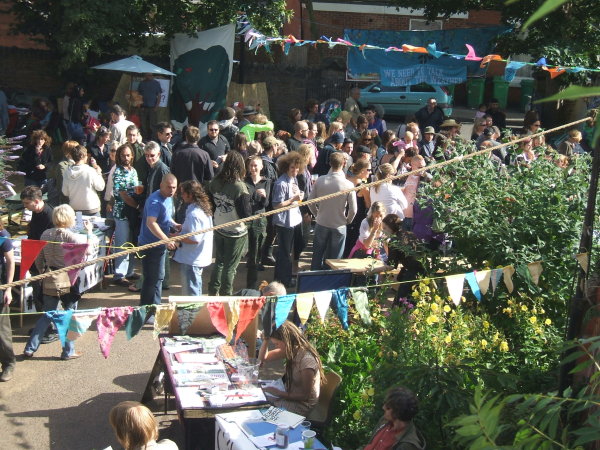 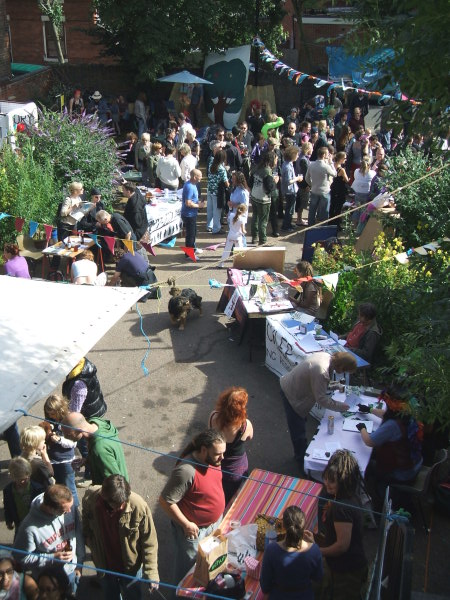 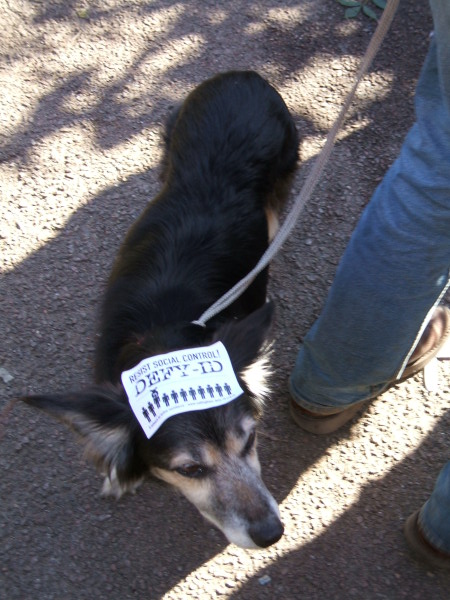 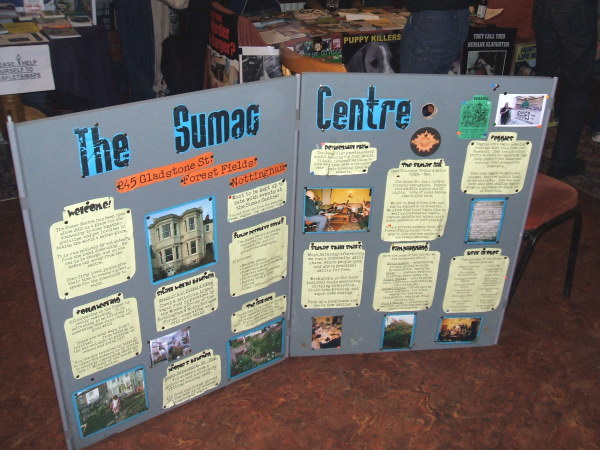 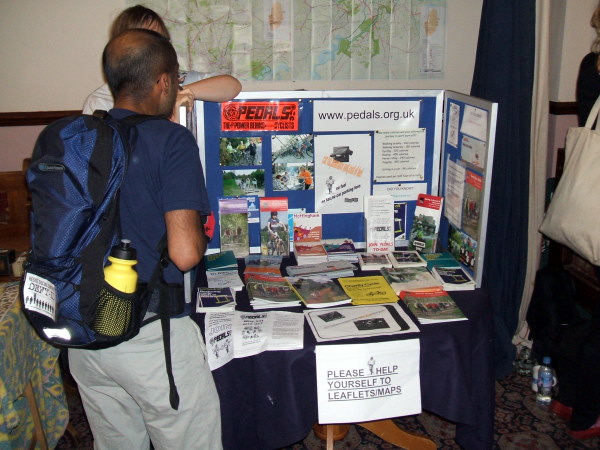 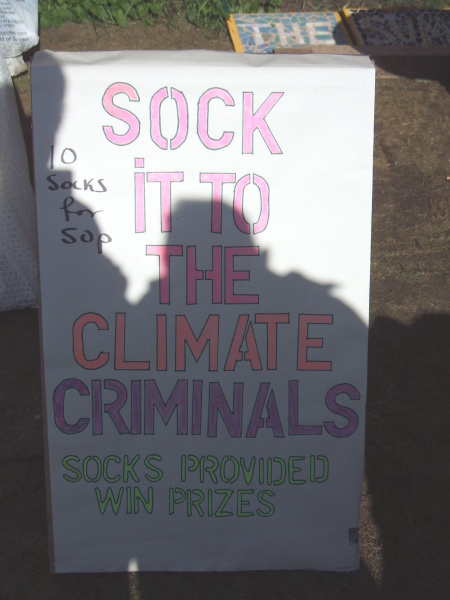 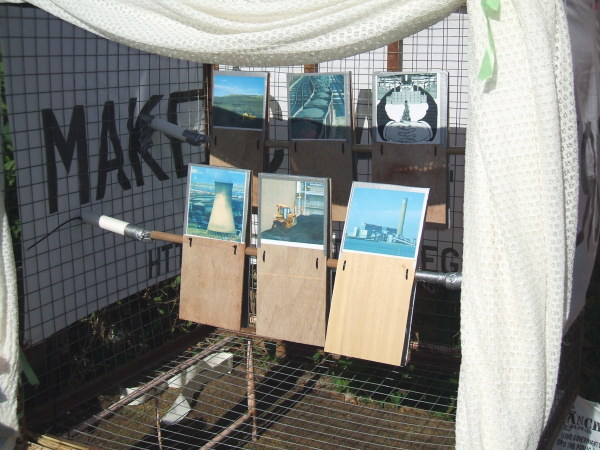 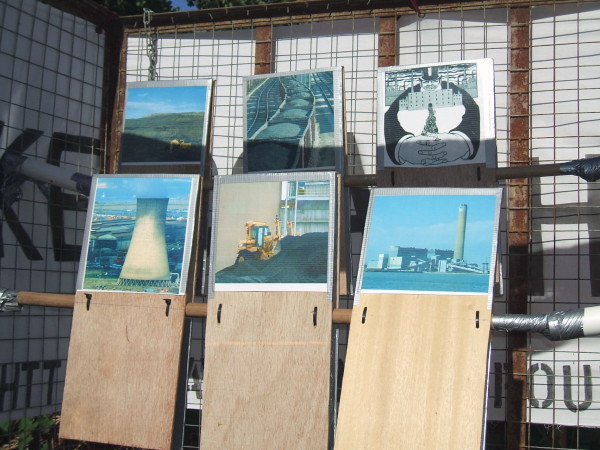 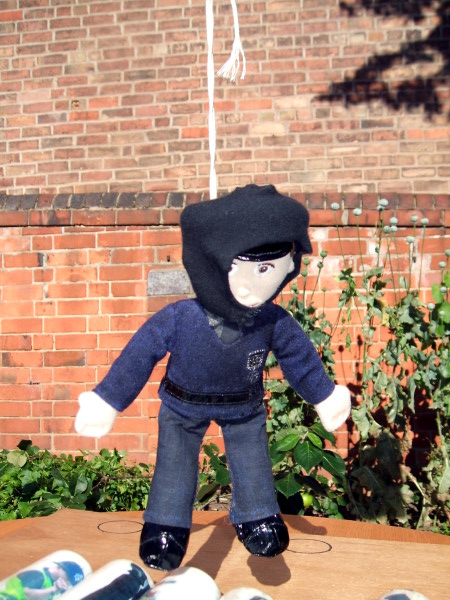 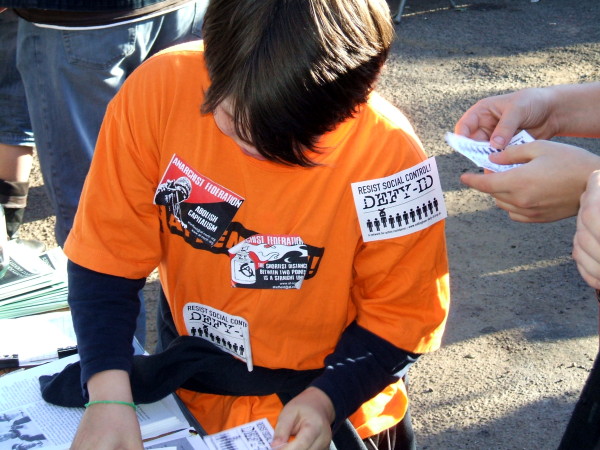 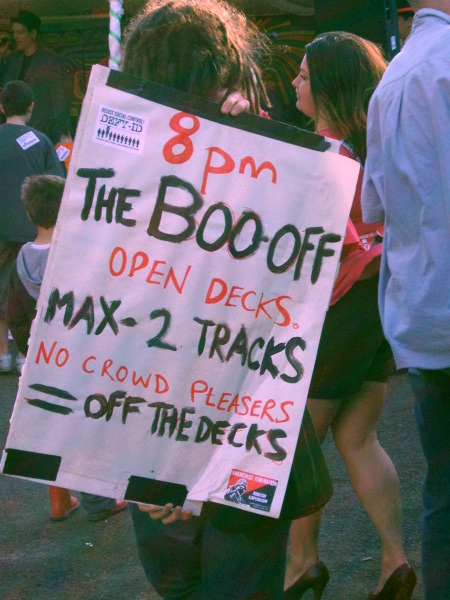 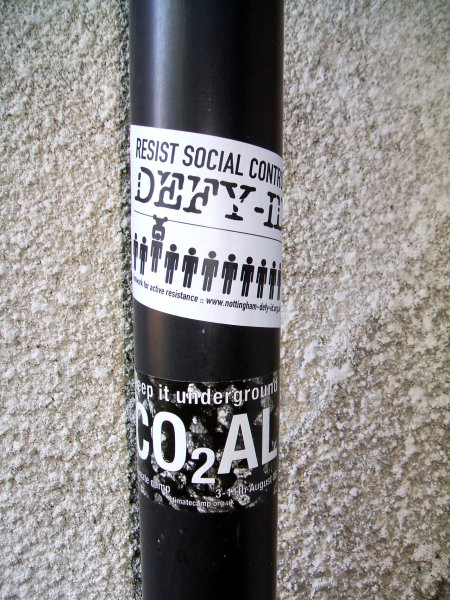 The event was well attended. There were bands throughout the day, with Moonbuggy as the headliners, interspersed with speakers from local campaigns (including Defy ID, Shut Down H&K and Stop the BNP's Red White and Blue festival) many of whom also had stalls.

The more imaginative groups had games and attractions associated with their campaign. Shut Down H&K, for instance, asked people to guess the number of "human beans" in a jar to illustrate how many people are killed weekly by H&K weapons. Another, "Are you fighting FIT?" was a variation on table skittles in which a cuddly toy dressed as a police man was suspended from a frame (looking suspiciously like a gallows) was used to knock over skittles which bore images of Forward Intelligence Team members and police evidence gatherers. (See the attached video to witness this in action.) "Sock the climate criminals" involved throwing weighted socks at targets with bad things (coal power stations, capitalists etc.) on one side and good things (pretty views, wind power) on the other.

For many, the highlight of the day was Scrufts, Forest Fields first dog show. There were a number of categories which seemed to become increasingly weird, although all of them except cutest eyes now escape me. Intriguingly, in a rebellion against speciesism there was at least one human participant, although I don't think they won anything.