Benefit gig at the Maze 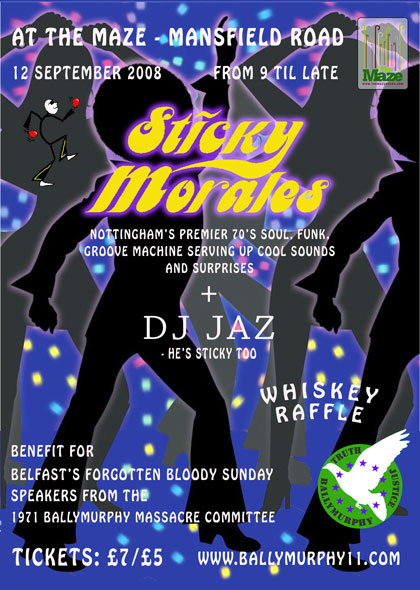 Ballymurphy is a housing estate in west Belfast. The Ballymurphy Massacre Victims were local residents murdered by the British army's Parachute Regiment during the first 3 days of Internment in 1971. No-one was ever brought to justice for the atrocity. The victims have never had the focus of the Bloody Sunday victims, as thirteen of the fourteen Bloody Sunday victims were shot dead in a 20 minute period in full view of the world's media. The Ballymurphy Massacre Victims were shot dead over 3 days in and around their own area.

The families are demanding justice.

Come along and support the families - & have great craic!

All funds raised will go to the relatives' campaign for justice.