Notts TUC hosted a great meeting, with about 60 trade unionists present, on 16th Sept with the Public Services Not Private Profit Campaign.

This was a good deal bigger than a similar meeting just over a year ago & the re-launch of the Trades Council. The purpose was to develop unity in the continuing pay campaigns & other forthcoming actions against attacks on all aspects of the public sector.

Alan Simpson, local S Notts MP, the opening speaker, said that the opportunity of the crisis necessitated we didn’t continue down existing failed roads. The crisis gave us reasons to pay the poor and public sector workers more (to provide spending power into the economy), expose the theft brought about by privatisation and return services to the public sector.

Ducan Hulme from the Probation Officers’ union (NAPO).talked of the absurdity of developing a market in the probation services while Steve Bostock from the Prison Officers Association(POA) National Executive echoed evidence of Labour’s obsession with the private sector and also their refusal to grant their union basic trade union rights to strike while ignoring independent pay reviews recommendations.

Jeremy Dear, the journalists’ union (NUJ) general secretary talked about the threat to public broadcasting and a media which fails to report the arguments against privatisation.

Mark Serwotka the civil service union (PCS) general secretary spoke of the horrors proposed in the current Welfare Green Paper to end Income Support, introduce ‘Workfare’, and open up the whole welfare system to privatisation – which the Tories had never dared to do.

He proposed that if Labour wanted to avoid meltdown at the next election they should introduce a windfall tax immediately, collect the £25 billion in uncollected taxes – and further tax the rich. These would be popular measures.

He then talked of the practicalities of what we could be doing; working to defeat privatisations – this is popular (and as other speakers also demonstrated) there had been some successes. We must work together on pay and he outlined the PCS proposed programme of 3 months action hopefully with actions jointly taken with the other unions, including certainly the NUT, hopefully UCU and with a plea to UNISON members in local government to argue for their union to join in.

Questions and contributions followed & made most resonance where practical ideas & joint working across unions were suggested – including the suggestion that members from different areas of the public sector speak at each others meetings for support and to demonstrate we are all in it together.

The Trades Council is producing its third public sector bulletin (within the last 6 months) at the end of the month bringing together articles from local trade unionists reflecting the ‘smell’ of what is happening on the ground locally. It will communicate & hope to help coordinate the national strategies of the various unions at local level with practical support to any disputes.

It was a very positive, practical meeting of hope that presented a way forward to win 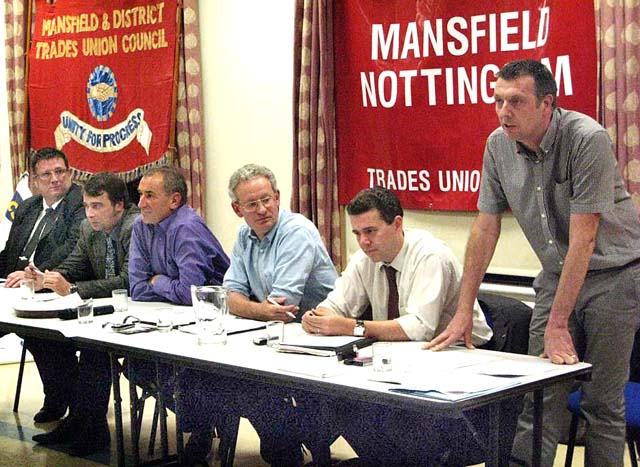 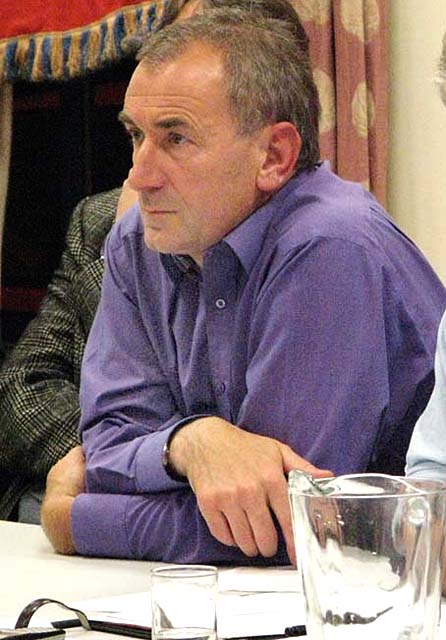 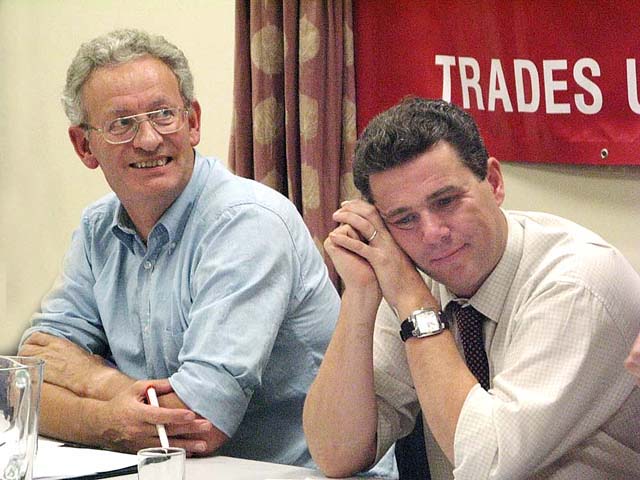 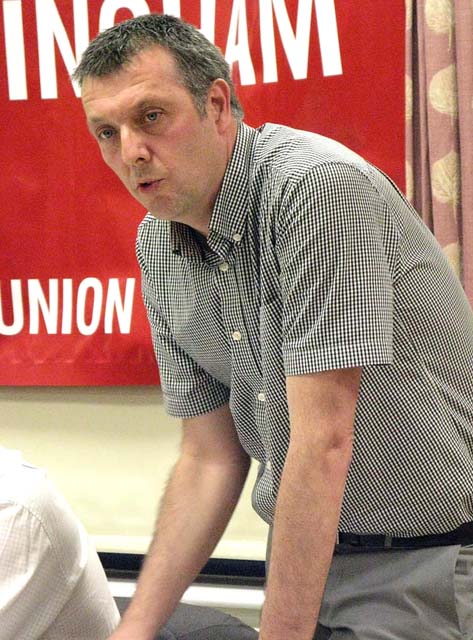 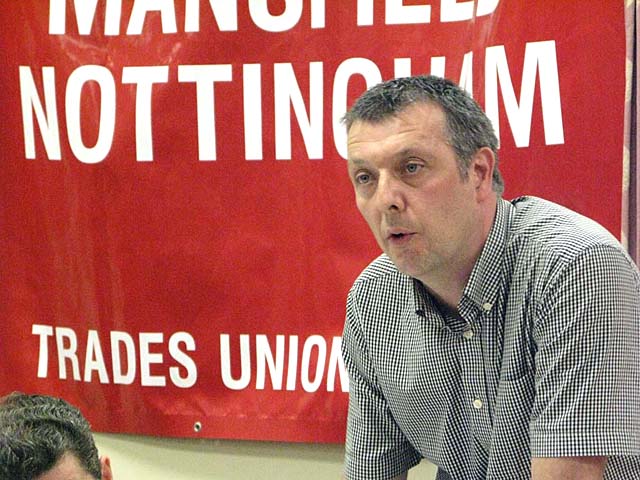 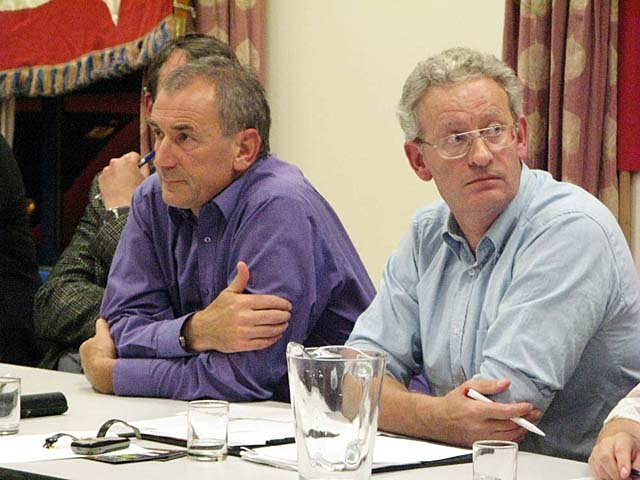 Thought I'd add a selection of pictures from this event.....

Here we go-white men in suits..selling us down the river

Prison and probation officers are enemies of the working class... and here is the self-appointed voice of the working class sitting down to have a cosy chat with them about how they can work together. More evidence of what sell out scumbags they are!