At noon yesterday (Saturday) around 40 people braved rain and cold winds to protest outside the new open cast mining site at Lodge Farm, in Smalley Derbyshire. 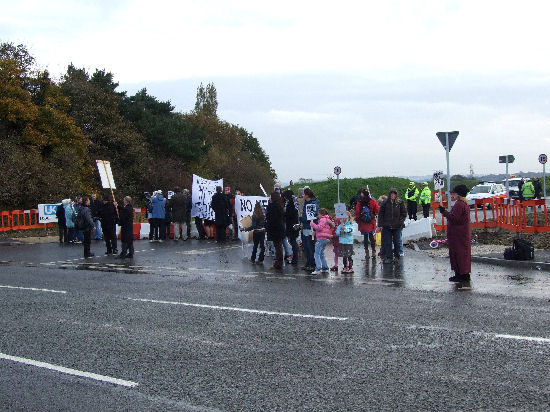 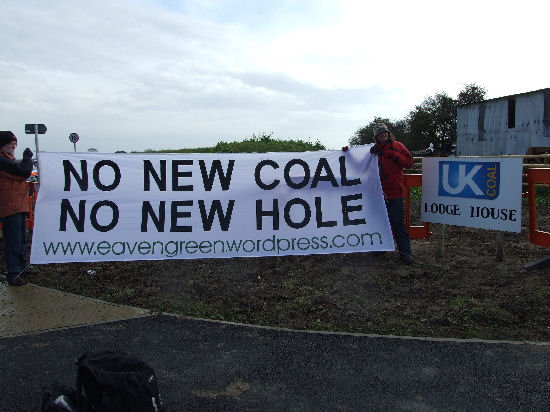 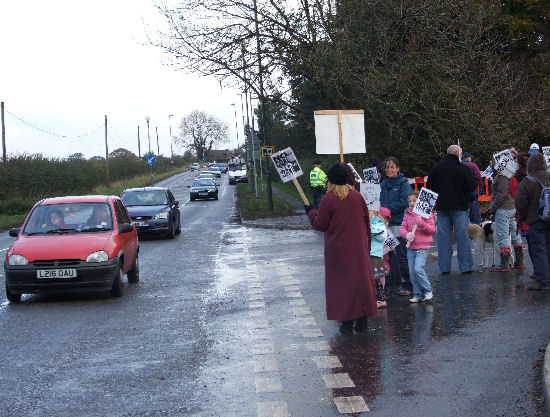 Lots of hoots in support 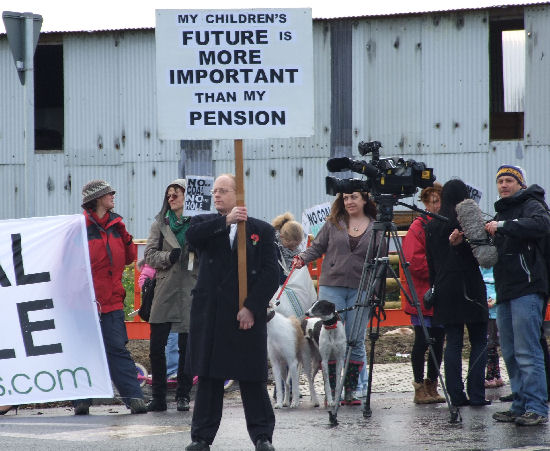 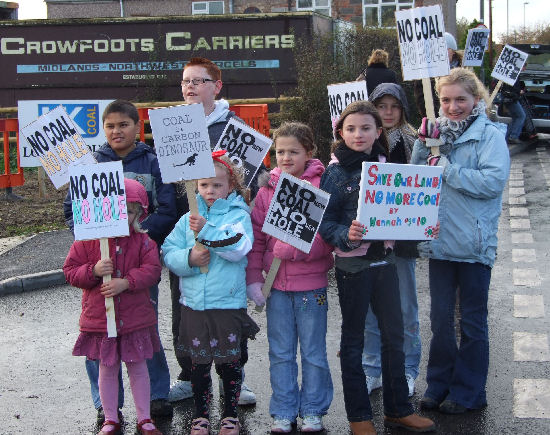 For all our futures

UK Coal, which owns the site, plans to extract one million tonnes of coal from the 300 acre site over the next four years.

From the outset, UK Coal’s plans were opposed by local residents, several MPs and Amber Valley district council, and Derbyshire County Council refused planning permission for the open cast site. However UK Coal appealed the decision and following an appeal hearing, communities secretary Ruth Kelly overrode ordinary people’s concerns in favour of UK Coal’s interests and agreed that the scheme could go ahead.

Saturday’s protest was organised by Erewash and Amber Valley Environment Network, EAVON, and was just the latest in a long series of protests and direct actions by people concerned at the local and global effects of coal.

Speaking to the Ilkeston Advertiser, prior to the protest, Neil Padget, from The Smalley Action Group, said: "Opencast mining at Lodge House is bad enough, and the national precedent that has been set by the government, in allowing this, is appalling.

Many locals also fear, and with good reason, that UK Coal will be given permission to extend the site, and that mining in the local area may go on for decades."

While there are justifiable fears for the impact on the local community, many of Saturday’s placards demonstrated that protesters were equally concerned with the wider effects on climate chaos of coal burning.