The upshot appears to be that critical mass IS a "procession which is truly commonly or customarily held" and hence does NOT require police permission and consent under the Public Order Act 1986. 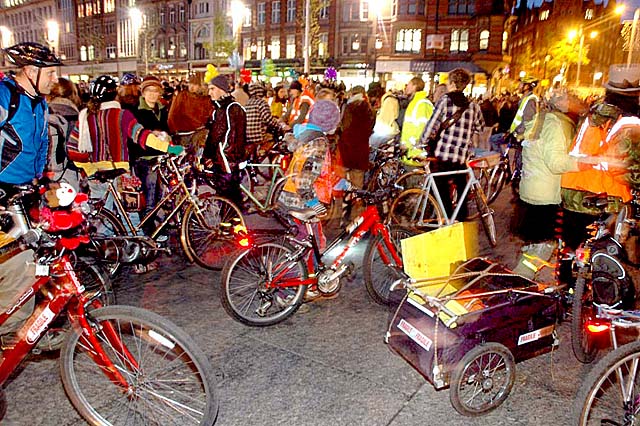 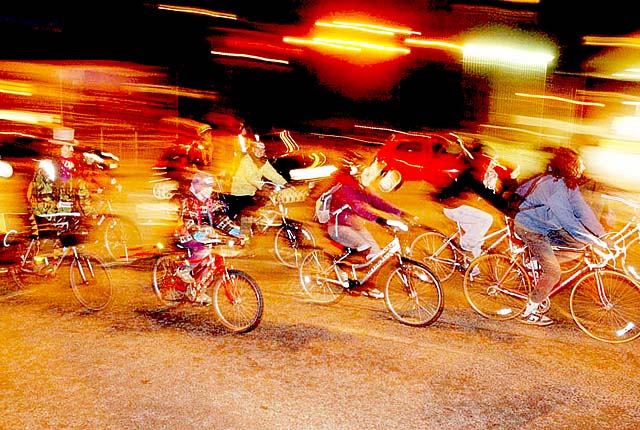 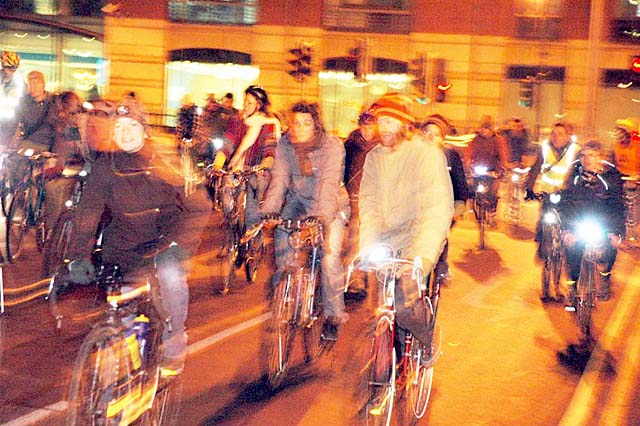 The upshot appears to be that critical mass IS a "procession which is truly commonly or customarily held" and hence does NOT require police permission and consent under the Public Order Act 1986.

The police firstly issued bit of paper to london CM, saying that the ride required police permission, as it was a demonstration or procession, defined under the Public Order Act 1986. They lost that arguement. A year or so went by and they appealled. They won. Another while and a bit went by ... and their lordships have just overturned that appeal. So, yippy really.

OPINIONS OF THE LORDS OF APPEAL FOR JUDGMENT

LORD PHILLIPS OF WORTH MATRAVERS

The decision of the Administrative Court

7. In giving the judgment of the Administrative Court, Sedley LJ rejected the argument that section 11 of the 1986 Act could not apply to Critical Mass because it had neither an organiser nor a proposed route capable of being notified under section 11(3). He said (paras 13 and 14)

“None of the conditions for the giving of notice is the prior existence of a planned route or an organiser: these things are assumed. We are unable to accept Mr Fordham’s reverse argument that a procession with no planned route and no organiser cannot be subject to a requirement to give notice…Nor can we accept Mr Fordham’s argument that the want of a planned route, or for that matter an organiser, makes it in terms of section 11(1) not reasonably practicable to give the requisite notice.”

The appellant succeeded however on the narrow issue. He contended, successfully, that the monthly ride by Critical Mass was a procession which was “commonly or customarily held” within the exemption in section 11(2).

“an unbroken succession of over 140 of these collective cycle rides, setting out from a fixed location on a fixed day of the month and time of day and travelling, albeit by varying routes, through the Metropolitan Police Area, cannot by now sensibly be called anything but common or customary.”

So, chaps, the upshot appears to be that critical mass IS a "procession which is truly commonly or customarily held" and hence does NOT require police permission and consent under the Public Order Act 1986. So there!

Please remember: The next one is Friday 28th November from Market Square, Nottingham (Last Friday of every month). Gather at 5.00pm to depart at 5.30pm. Let's get on our bikes and make this, the simplest of actions, happen.