A SIZEABLE number of people turned out for the Nottingham Mayor Christmas Cheer fund, earlier Regis Manyanya had interviews with various radio stations. The message was clear and straight forward Zimbabwe is in dire need of aid. 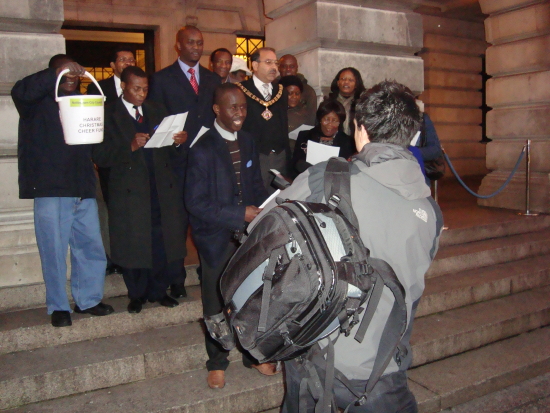 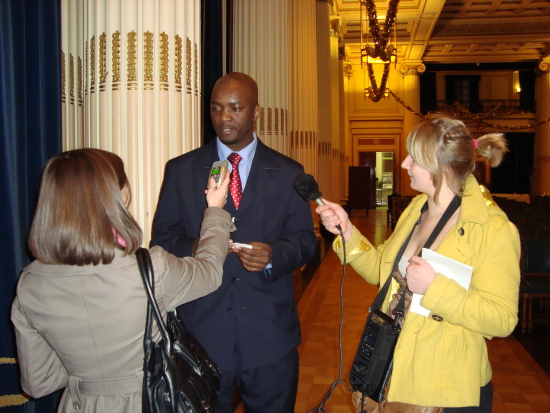 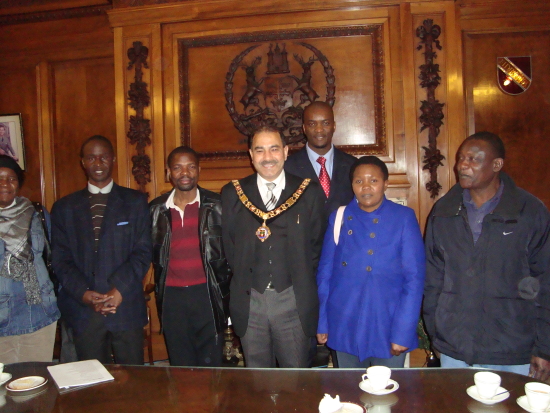 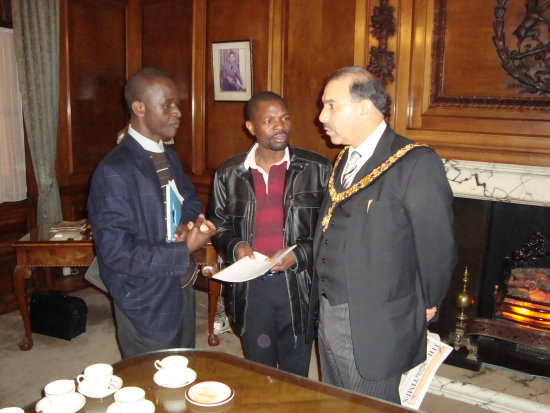 All that is necessary for the triumph of evil is that good men do nothing!!!

The occasion was also graced by the Movement for Democratic Change (MDC) Midlands north Chairman Mr Tonderai Samanyanga, we both had a chat with the Mayor on where a number of projects were outlined, as NZCN we are going to make a follow up but our relief has been the eventual hosting of the Mayor Cheer Christmas Fund, we all understand the donations will go towards a worthy cause, also let it not be forgotten that there was almost a standoff that nearly caused the NZCN to pull out of the event in protest against the decision by the Home office to try and deport one of our members to Zimbabwe under the disguise that she is Malawian, we as NZCN would want to say thank once again to the Honourable MP Mr Alan Simpson for saving Patricia Wadi's intended deportation.
Regis Manyanya played a pivotal role in communicating with all authorities, may God bless all those who participated in this exercise.

I, Innocent Chirawu , as the current chairperson of NZCN would like to take this oppurtunity to express my sincere gratitude to Regis for fully representing me as I could not attend the function due to my working in Buckinghamshire. I am also greatly thankful to the Lord Mayor for placing the suffering Hararians on his agenda and extending that fund towards the cholera epidemic. Lastly, I would like to applaude everyone who participated in this noble and historic event. May the Good Lord bless you all. To quote a scripture let me say, Glory to God in the highest and on earth peace to all men of good will.

Tsitsi Chimbwanda a newly recruited member of the NZCN had her poem;

Bread basket and  wine, A  country so fine.
In her days of Glory Before it became gory.
In the beginning the men did toil to hold onto their birth soil
Men so strong, bold and brave
Along with the innocent they did slave,
During the turmoil they went to their graves,
Bread Basket and wine. A country so  bold.
But today behold rubble that was Gold
As a country gone bad so greatly sad
And the world cried out How sad, How Bad
So the men of power and those who had tampered with the hours
Gathered together for the gravest of hours
To discuss the plight of a country that was so bright
No conclusion was Reached , No solution was preached
So with a shrug and a sigh, They  let the people die,
Out the people cried, And Voted they tried
But nothing they did would do any good.