With news of the ongoing military action in and against Gaza, protest have been called in many cities around the world. For Nottingham's contribution, hundreds gathered at short notice in emergency protest to draw attention to the situation in Gaza. 12noon on Tuesday 30 Dec in the Market Square. 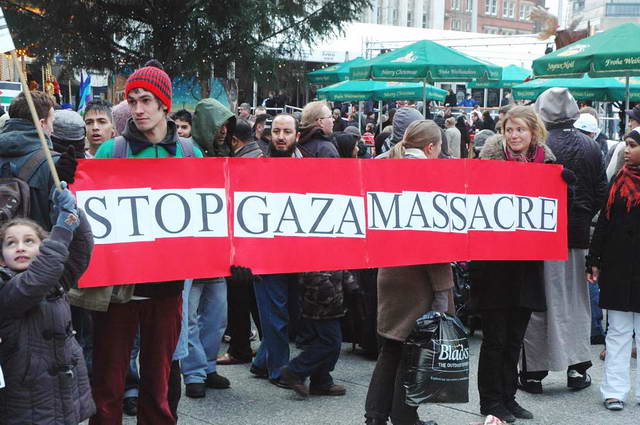 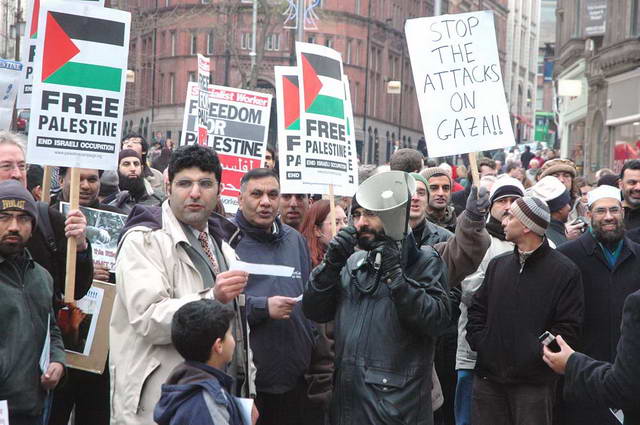 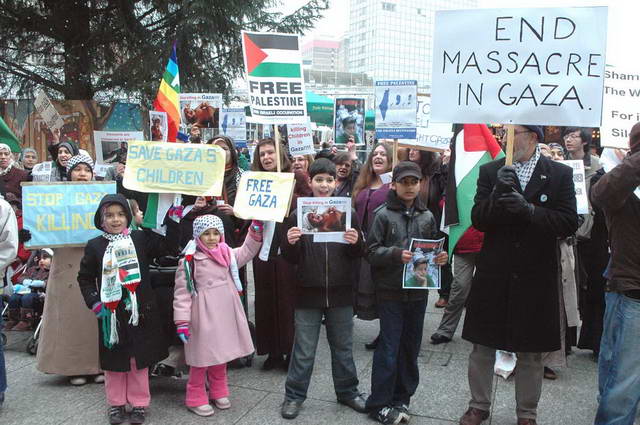 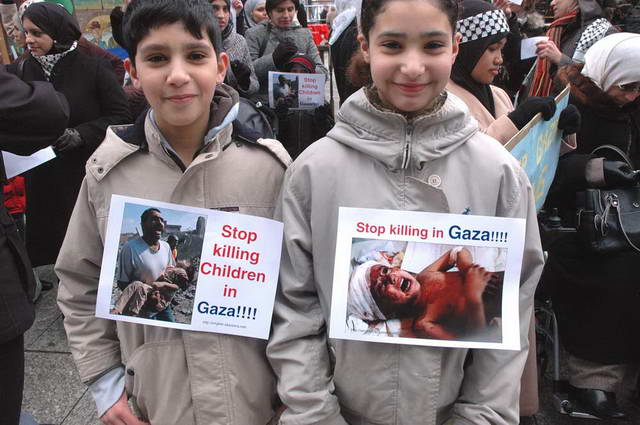 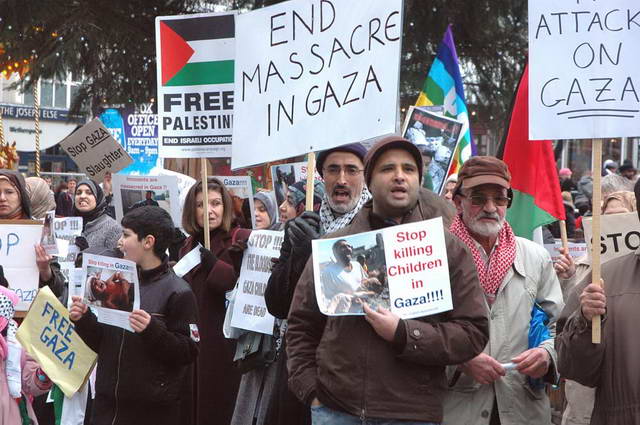 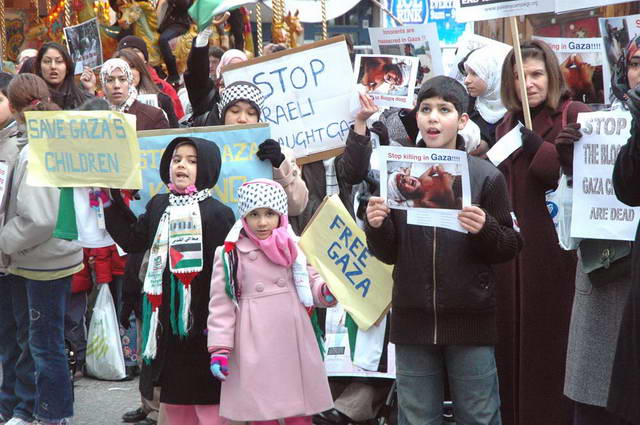 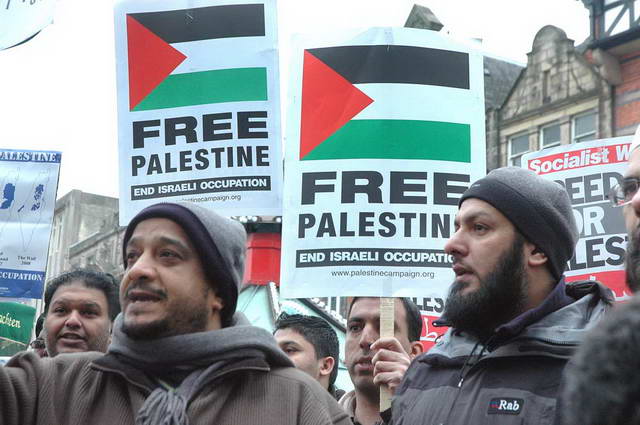 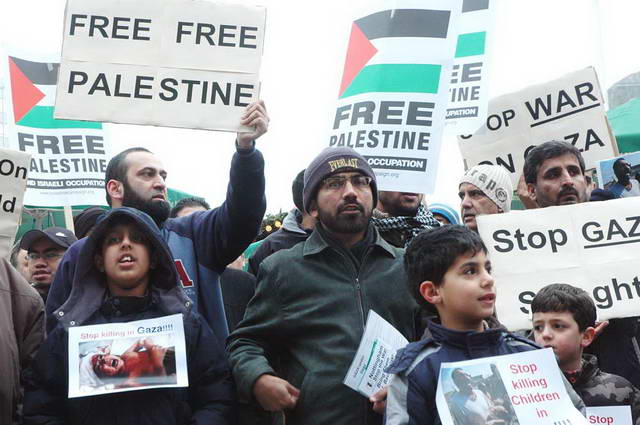 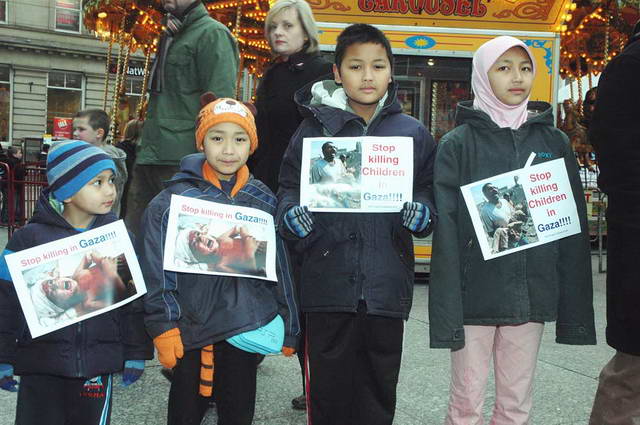 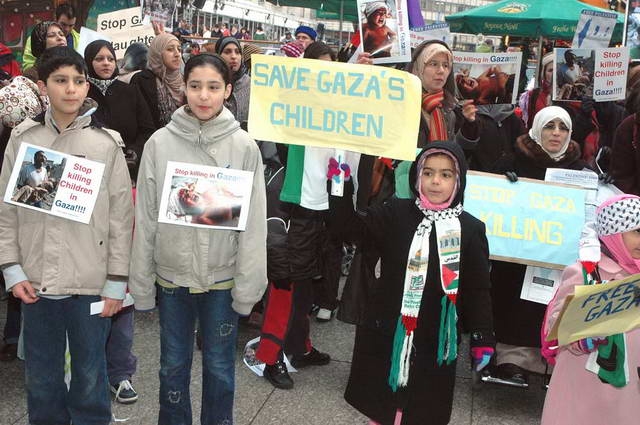 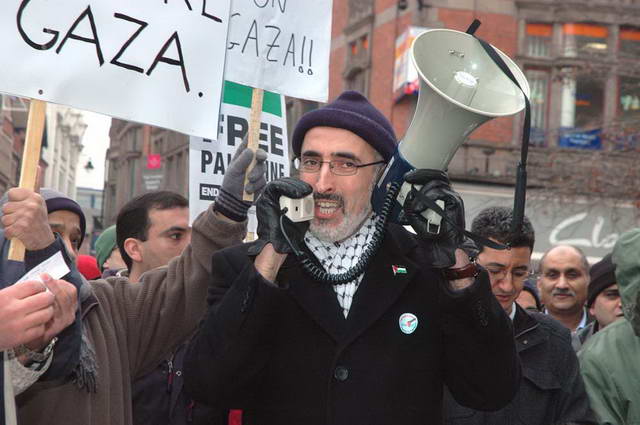 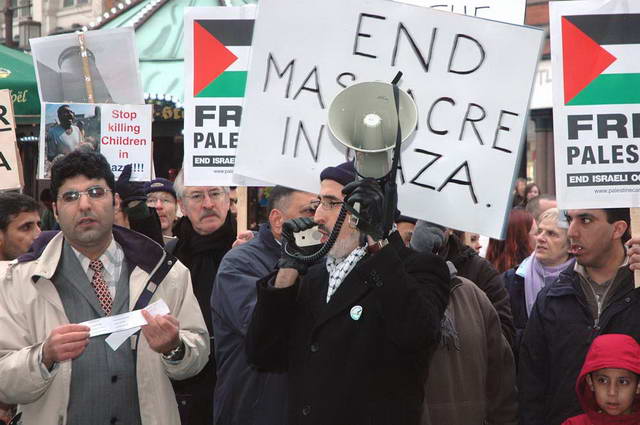 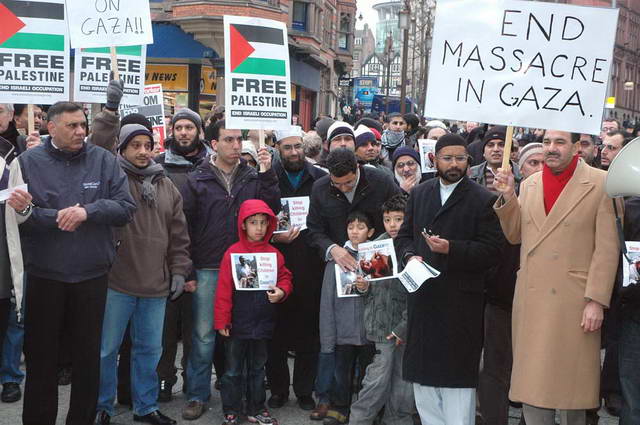 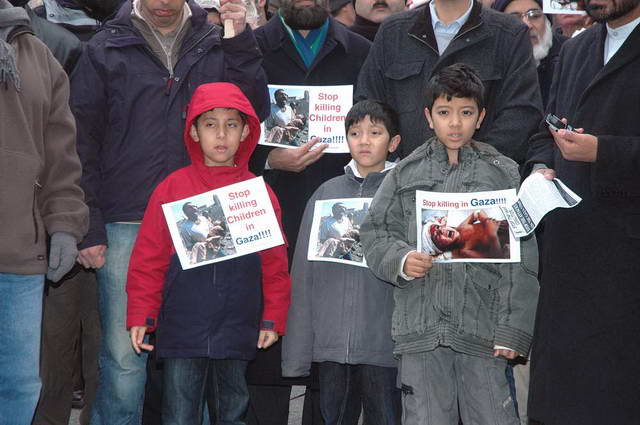 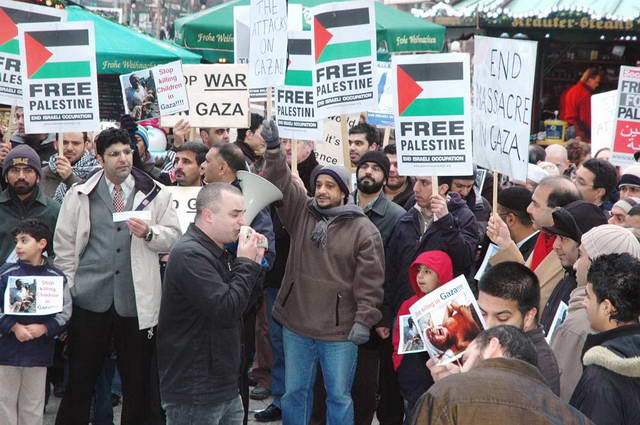 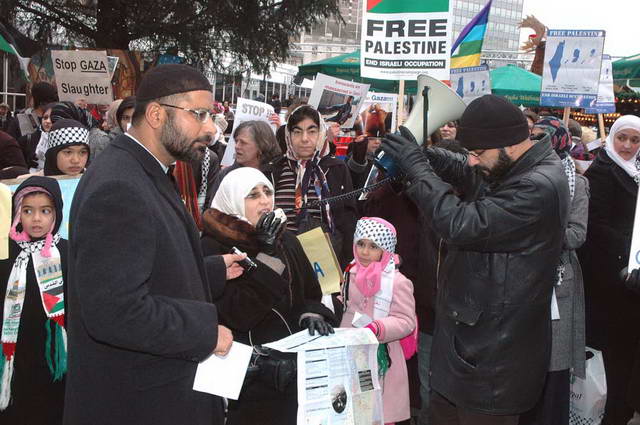 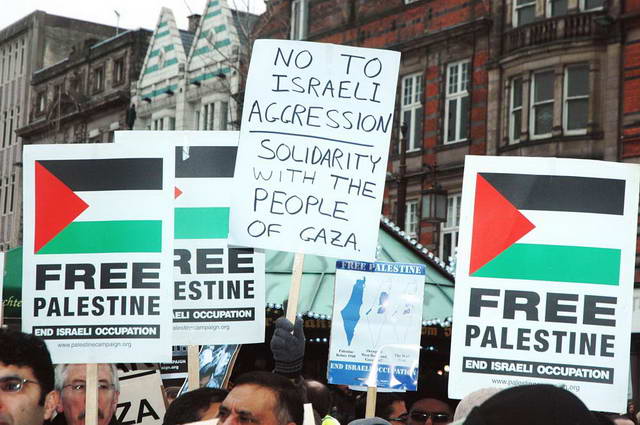 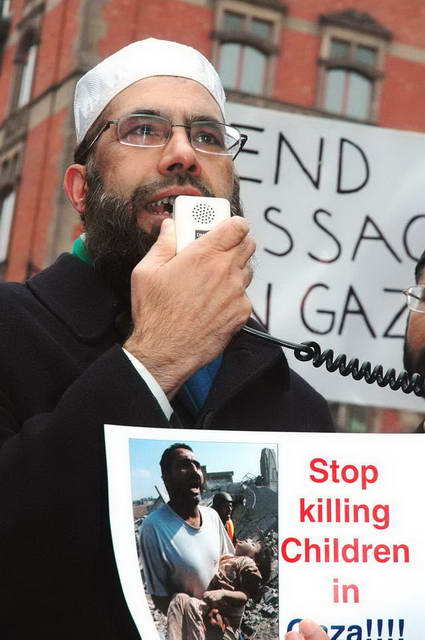 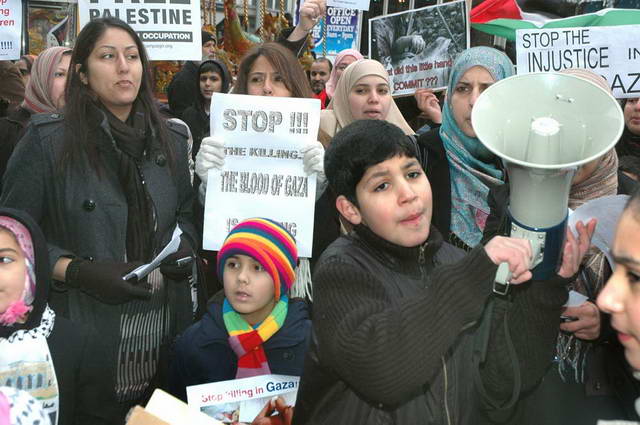 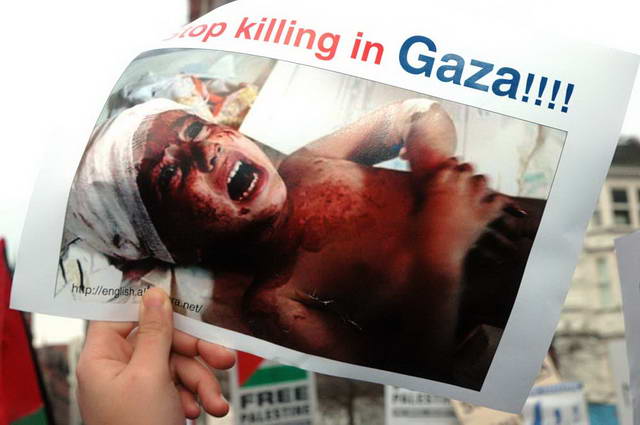 
With news of the ongoing military action in and against Gaza, protest have been called in many cities around the world. For Nottingham's contribution, hundreds gathered at short notice in emergency protest to draw attention to the situation in Gaza. 12noon on Tuesday 30 Dec in the Market Square.

The Free Gaza Movement, a human rights group, sent two boats to Gaza in August 2008. These were the first international boats to land in the port in 41 years. Since August, four more voyages were successful, taking Parliamentarians, human rights workers, and other dignitaries to witness the effects of Israel's draconian policies on the civilians of Gaza. Today they set sail once again from Cyprus to bring vital medical supplies to Gaza.

On board are four physicians, including Dr. Elena Theoharous, a surgeon and Member of Parliament in Cyprus. Also going are The Hon. Cynthia McKinney, former U.S. Congresswoman and Green Party presidential candidate, and Sami al-Hajj, an Al Jazeera reporter and former detainee at Guantanamo.

Dr Khaled from the Shifa hospital ICU in Gaza City told us on Saturday that the majority of cases are critical shrapnel wounds from Israeli gunboats and helicopters, with an approximate 80% who will not survive.

The medical supply list includes bandages, splints and rubber gloves, items that any medical community should have access to, but, because of Israel's policies of collective punishment, these supplies are not available.

Eliza Ernshire, one of the Free Gaza organizers says, "We have calls for surgeons willing to go into Gaza and work there throughout this crisis. The doctors inside are exhausted and unable to cope with the number of wounded. We will do our best to send in the DIGNITY as often as we can over the next few weeks, bringing in physicians and medical supplies.

The Dignity, a Free Gaza boat on a mission of mercy to besieged Gaza, is being attacked by the Israeli Navy in international waters. The Dignity has been surrounded by at least half-a-dozen Israeli warships. They are firing live ammunition around the Dignity, and one of the warships has rammed the civilian craft causing an unknown amount of damage. Contrary to international maritime law, the Israelis are actively preventing the Dignity from approaching Gaza or finding safe haven in either Egypt or Lebanon. Instead, the Israeli navy is demanding that the Dignity return to Cyprus - despite the fact that the ship does not carry enough fuel to do so. Fortunately, no one aboard the ship has yet been seriously injured.

also, check out CNN Report at:

Please continue to support these efforts and also contact your Local MPs - phone write and ask them what the are doing about the situation in Gaza.