Traders Fight To Save Their Market!

Northampton market traders are fighting a 'Save the Market' battle against Liberal
Democrat Northampton Borough Council (NBC). A petition has already got over 7,000 signatures from local people who are afraid they will lose their market. The market is used by a diverse multi-cultural community of the working population of the town centre and its surrounding estates, some of which are deprived areas. 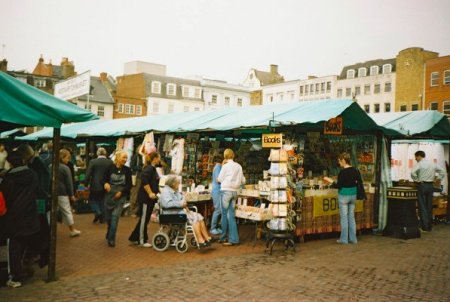 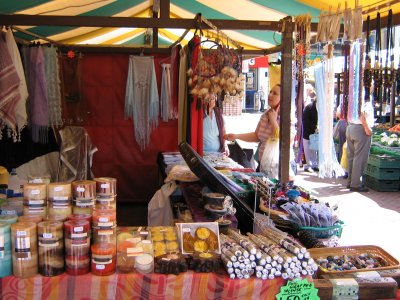 Lib-Dem NBC have been given £1M funding by a government agency to 'enhance'
Northampton Market Square. The Lib-Dem council 'Cabinet' decided to act on consultants plans to clear the bottom half of the market square of traders' stalls and make it an 'events area'. 147 alloy stalls have been ordered to replace the present steel stalls, which are some of the strongest market stalls in Britain.

This decision was taken by the very few leading Lib-Dem councillors who comprise the Cabinet. The enforced move is expected to take place in March of this year.
NBC completely ignored the 94% of market traders who voted against the plan.

The move will mean that every trader on the marketplace will have to be shifted to a different position at the top end of the square. Some traders will have to give up positions they have stood in for the last 20 to 30 years.

As the market already suffers from declining footfall, traders believe that if it is moved the market may die out within a couple of years. Local people are angry with this and other arrogant decisions of the Northampton Borough Council, who appear to have a policy of either don't consult, or consult and ignore.

Apart from its petition, the market is fighting back with local news sheets and
it's own website:

http://www.northamptonmarket.biz/
and a blog by the campaign manager, Eamonn 'Fitzy' Fitzpatrick: