On Thursday 15th January, in an event called by the Palestinian Society, Nottingham students created a memorial to all those who have lost their lives in Gaza. 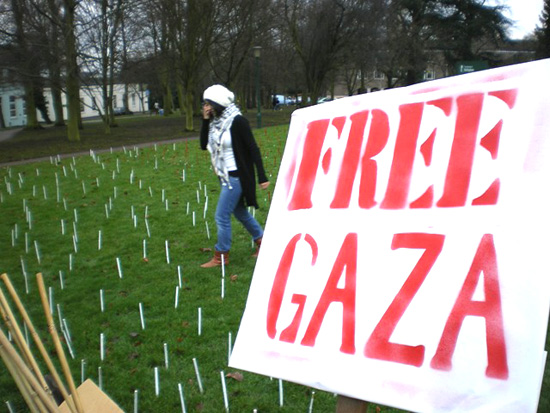 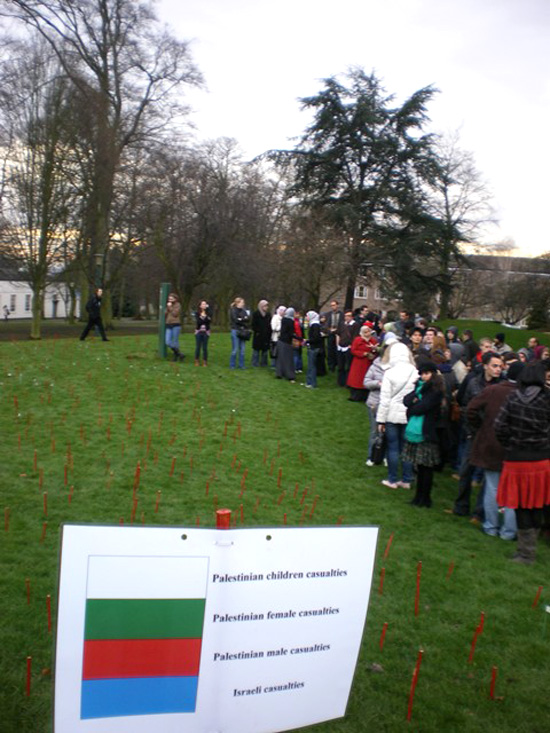 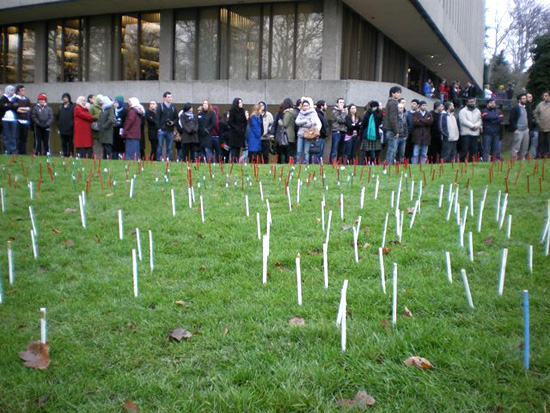 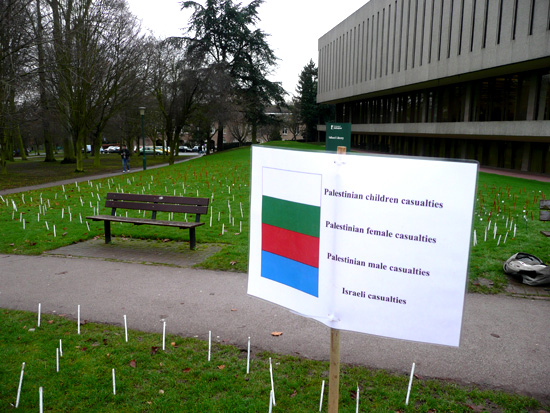 Canes were placed in the ground, each one representing a life that has been lost to the violence. White canes represent Palestinian Children, green Palestinian women, red Palestinian men, and blue Israelis. The memorial is outside of the Hallward Library on University Park campus and will be added to, as the death toll mounts.

The aim of the memorial is to visually remind students -who are busy with their heads in books, studying for exams- of the human cost of Israels' brutal attacks on Gaza over the past three weeks. Around 1300 Palestinians are thought to have been killed and 13 Israelis. More than 5000 Gazans have been injured.

At 13:48 a one minute silence was held for all those who have lost their lives in the recent escalations, both Palestinian & Israeli. Over 100 students attended the vigil. Peace poppies were given out and a collection was made, raising £200 for Medical Aid for Palestinians.


Justice is the seed,
Peace the flower.

Super proud of all you guys.

Nottingham people need to take action against zionist Genocide locally this saturday instead! What's the point of going to London again??