Nottingham MDC (Movement for Democratic Change) played host to MDC representatives from the UK and Ireland for a day of political talks and fund raising. Hebson Makuise, Chief Representative for the MDC in the UK and Ireland was in attendance to spearhead talks on continuing diplomatic negotiations with Robert Mugabe and with the international community. 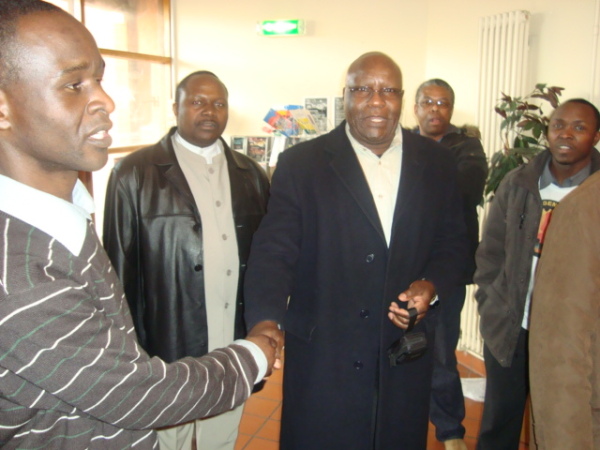 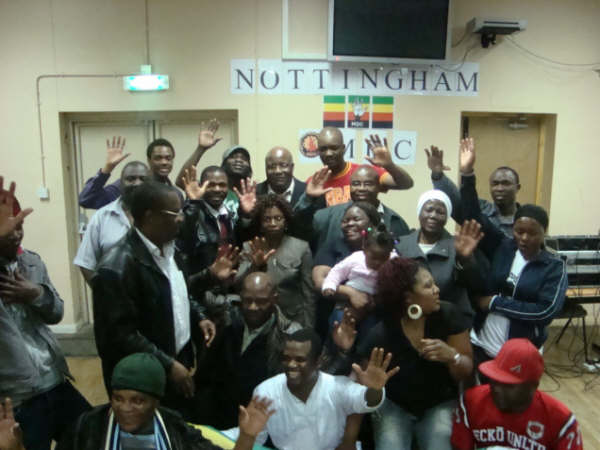 Attendees danced and sang MDC songs, but underneath the celebrations there is a palpable sadness of a displaced and brutalized people waiting and praying for peace. Negotiating with a mass murdering dictator seems rather a hollow victory for the MDC which has fought a long and dangerous battle with the Mugabe regime and remain vigilant against Mugabe spies in the MDC across the UK and Europe. But without the support of SADC or the international community the MDC has little choice. For the good of the people of Zimbabwe the violence has to stop and negotiating is the only current answer.

So far the World's political leaders have passed comment on the atrocities committed and still being committed daily in Zimbabwe but none has lent their political force to creating resolution. Democracy and human rights is preached in the international political arena but comments of condemnation do little to truly help a country and a people dying and being murdered daily.

Gordon Brown has voiced his contempt for the Mugabe regime but some attendees at the MDC national meeting in Nottingham are still living in destitution without being granted asylum: Failed by the British government that advocates human rights, but turns a blind eye to the human rights abuses suffered by Zimbabwean asylum seekers in the UK. One has to ask, ‘do human rights seem like a very good idea, just so long as they do not adversely affect home office asylum statistics?’ Deportations back to Zimbabwe must stop. The British government must recognize the suffering experienced and the desperate measures employed by Zimbabweans to flee the Zanu-PF, including using Malawi and South African passports to cross borders. Yes this breaks the law, but these are desperate acts by frightened people and the MDC is making ongoing pleas to the British government to recognize the plight of Zimbabweans and stop detention and deportation.

The MDC in the UK is further petitioning the British government to grant Zimbabwean refugees and asylum seekers the right to work. Many attendees at the MDC meeting have been living in limbo in the UK for years. Many are well educated and highly skilled, desperate to have the opportunity to develop their skills and rebuild Zimbabwe on their return. Instead they are denied the opportunity to develop, contribute to and integrate into British culture. An attendee at the MDC meeting expressed his concern that long term unemployment and a lack of support for the trauma experienced under Mugabe regime would mean Zimbabwean’s returning home would be unable to rebuild their country and would instead need rebuilding emotionally and psychology themselves.

The MDC want their country back. They want Zimbabwe to again be ‘the bread basket of Africa. Zimbabwean’s in the UK want peace in Zimbabwe so they can return home. The British government appears to be responding as if the UK is being invaded by foreigners and the asylum system appears purposefully hostile to deters ‘settlers’. The British government’s treatment of Zimbabwean asylum seekers and refugees in the UK is and shall be remembered as a sad, sorry and disgraceful chapter in UK history.