Students at the University of Nottingham are occupying lecture theatre B62 of the Law and Social Sciences building on the University campus, in a move to demand urgent action from their institution for Gaza. 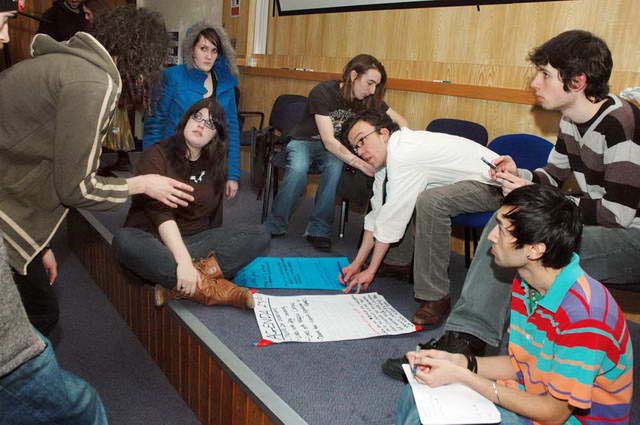 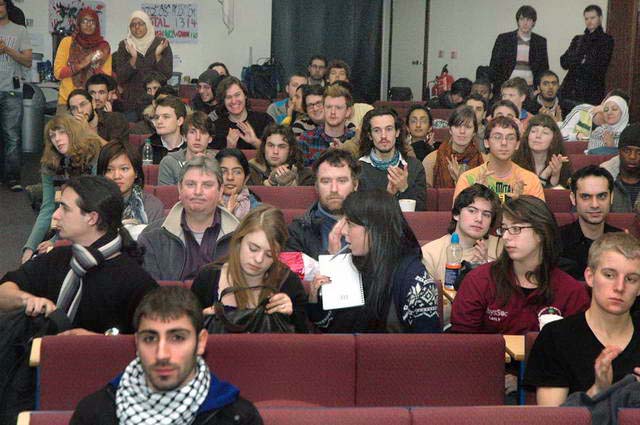 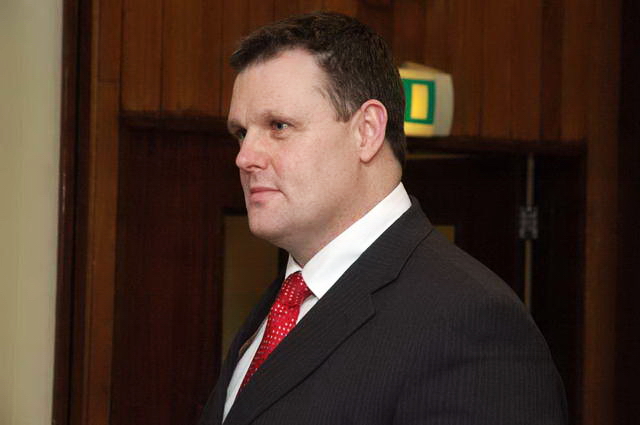 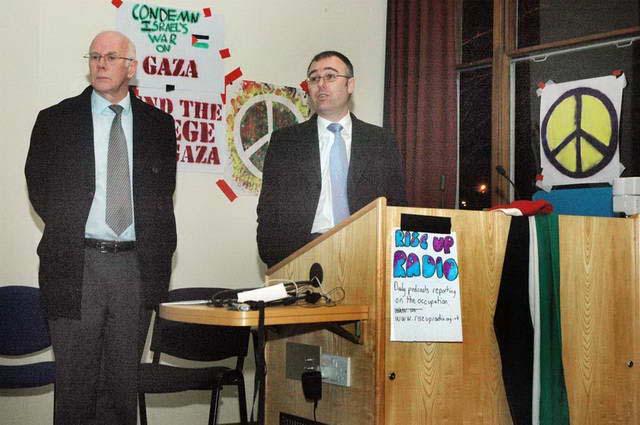 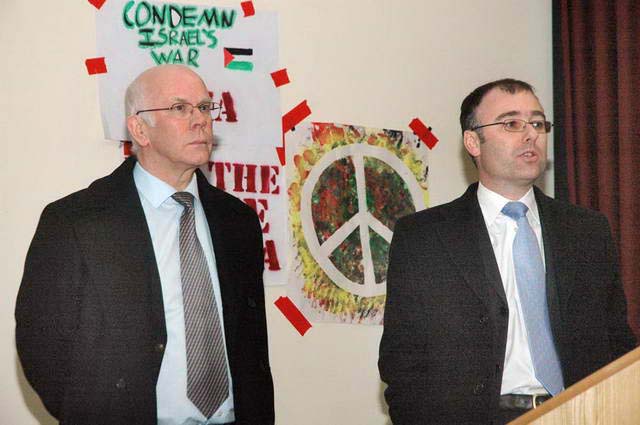 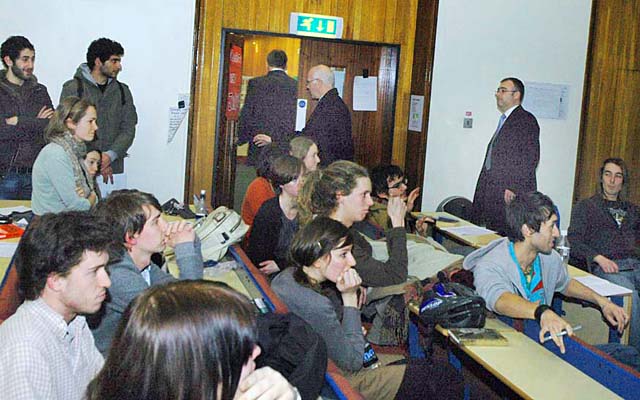 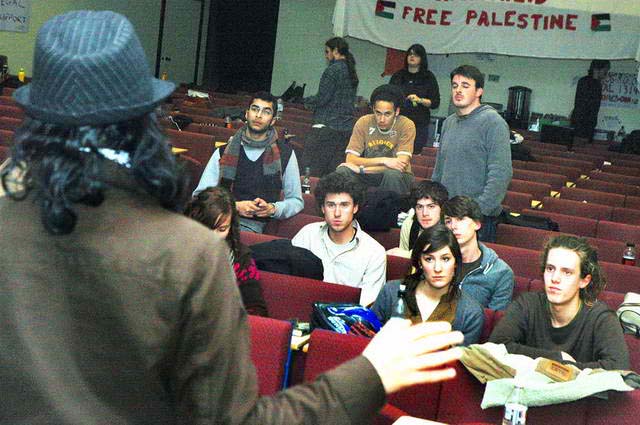 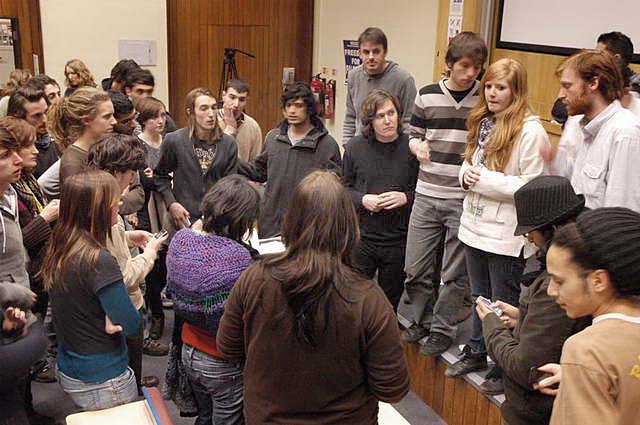 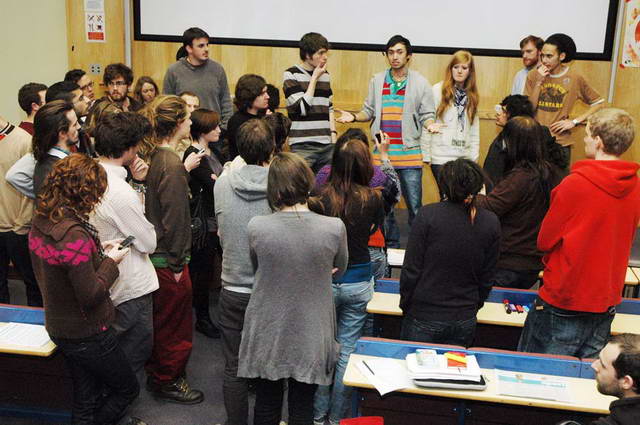 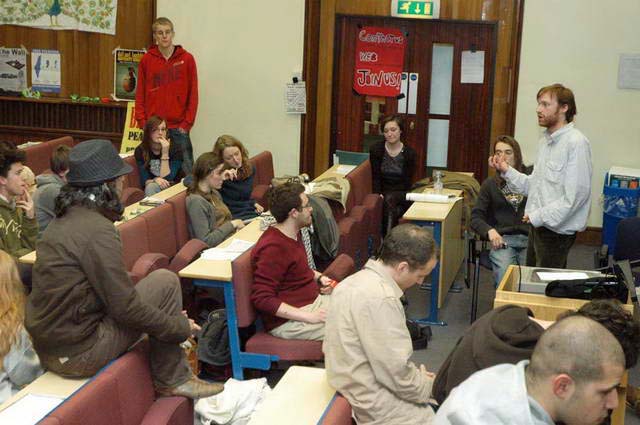 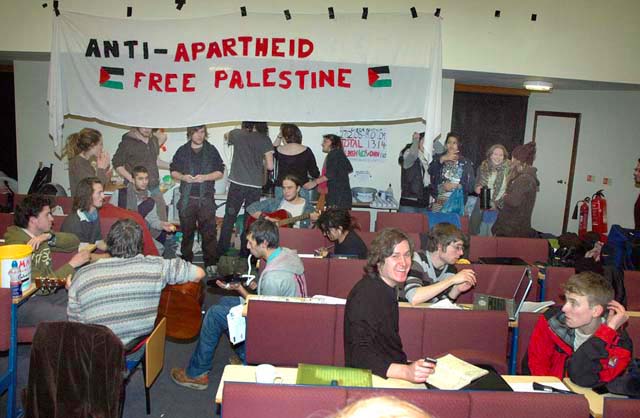 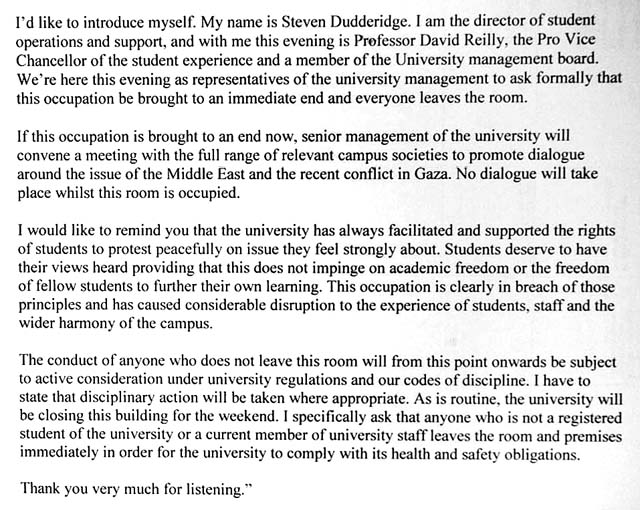 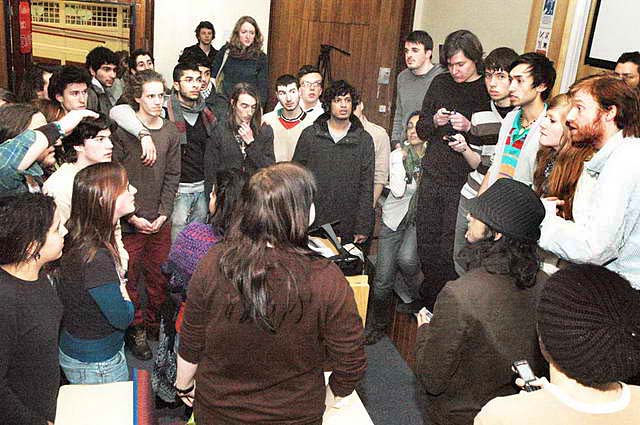 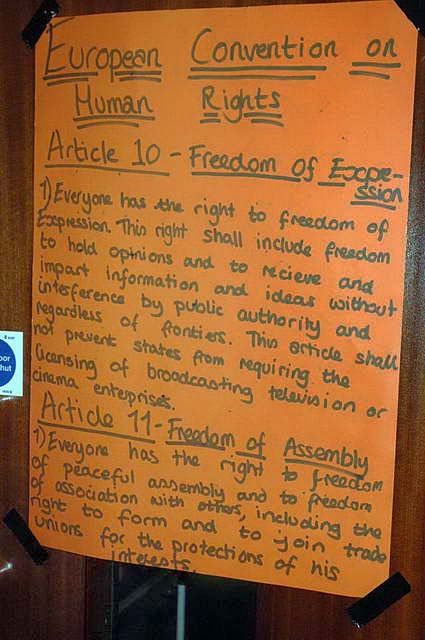 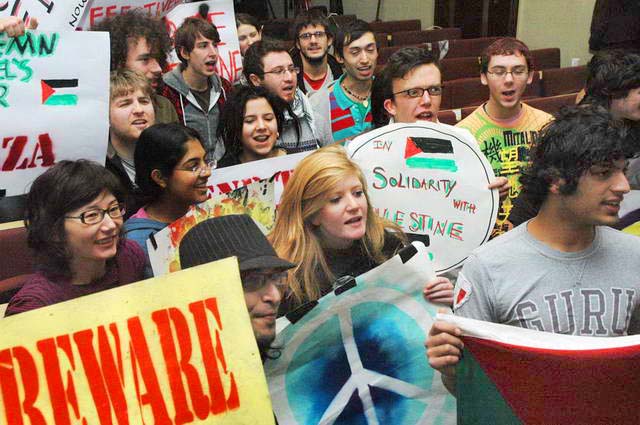 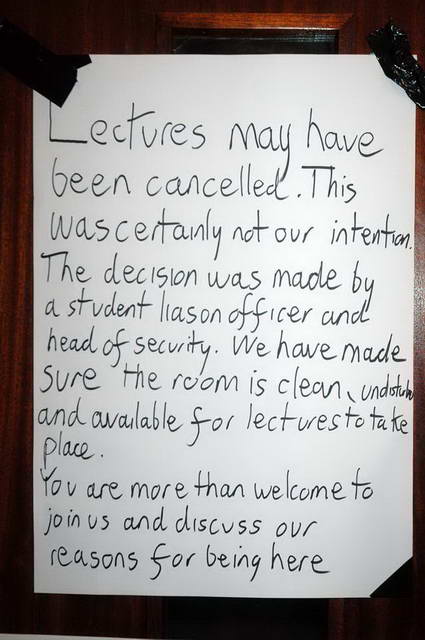 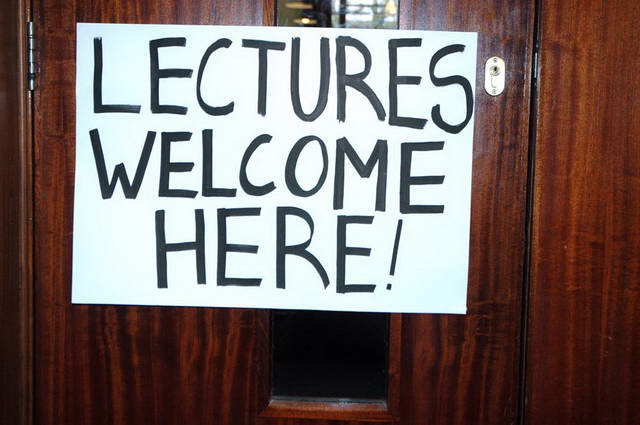 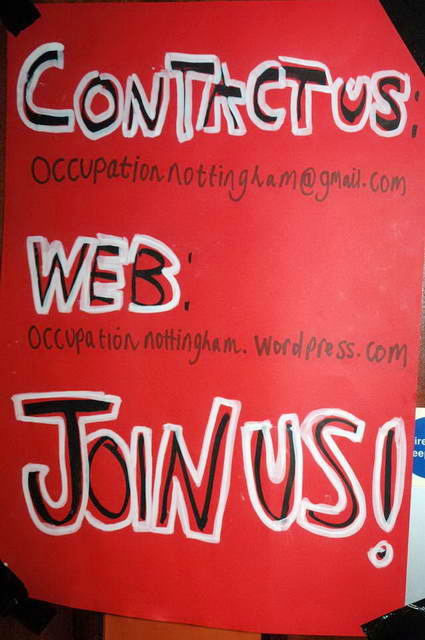 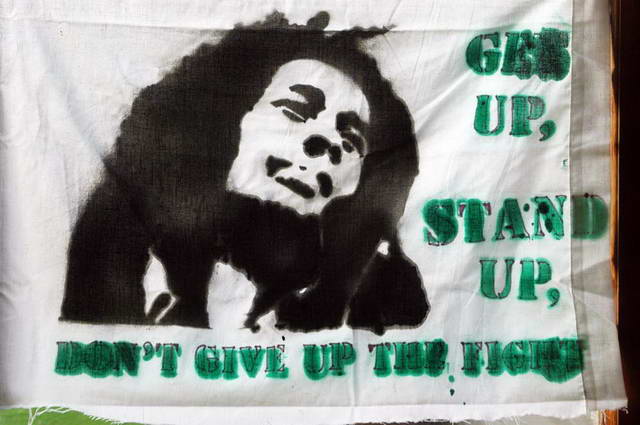 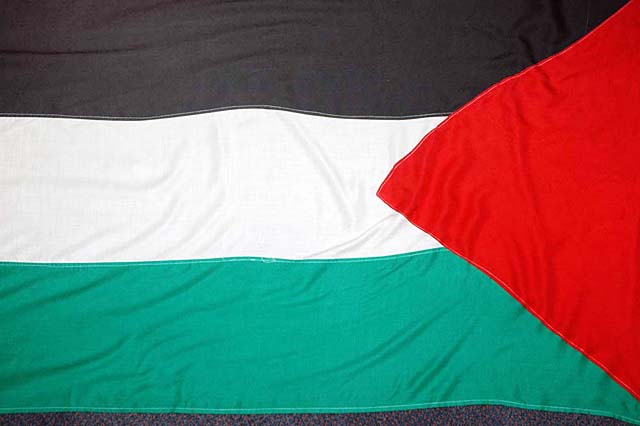 Students at the University of Nottingham are occupying lecture theatre B62 of the Law and Social Sciences building on the University campus, in a move to demand urgent action from their institution for Gaza.

Over the past four weeks, Israel has unleashed the might of it’s military against a defenseless population living in one of the most crowded places on earth. These attacks are still ongoing and have now destroyed the civilian infrastructure and left thousands of civilians, including hundreds of children, dead.

The appalling Israeli attacks have cost the lives of over 1,300 Palestinians, injuring and maimed many thousands. Tens of thousands of civilians have been left homeless and displaced. Head of the UN Palestinian refugee agency in Gaza, John Ging, is now joining international calls for an investigation into the war crimes of recent action. Israel stands accused of using banned weapons such as phosphorus bombs, attacking medical facilities, including the killing of 12 ambulance men in marked vehicles, and killing large numbers of policemen who had no military role, amongst numerous other atrocious crimes.

Motivated by the escalating crisis in Gaza, University of Nottingham students have occupied space on campus and issued a set of demands to the University management calling for immediate action. We stand in solidarity with students at the School of Oriental and African Studies, the London School of Economics, King’s College London, Birmingham, Essex Warwick, Sussex, Oxford, Manchester Metropolitan, Cambridge, Leeds, Newcastle, Queen Mary’s, and Bradford Universities; all of whom have occupied parts of their Universities in support of Gaza.

On Friday afternoon, Alan Simpson came to support and make a speech on the situation in Gaza. This was very we attended, filing the lecture theatre.

Later, whilst a large general meeting was taking place, two men (complete with security, and a roaming police van outside) walked in and read the statement below. They then proceeded to cut off all power to the lecture theatre except for the lights.

Alan Simpson MP, for Nottingham Southmessage of support following University actions: Upon learning about the latest development. he had transmitted a message of support to the protesters urging them to stay strong and continue with their peaceful sit-in.

“Dear vigil,
Be brave and support each other.
Remember this. In Gaza they face this every day… with bombs and bullets too.
To be in solidarity is to use this hardship to draw attention to the greater, more brutal one.
Do this, and we will all emerge stronger. I am proud to be linked in this wth you. Venceremos!”

Students have demanded these issue get address by the university:

1 STATEMENT - That the University issue an official statement to the press condemning the recent and continuing atrocities perpetrated by Israel in the Gaza Strip, acknowledging particularly the effect on educational institutions, such as the bombing of the Gaza Islamic University.
The University should officially denounce the attacks on civilians, the systematic obstruction of humanitarian aid and the targeting of academic institutions, hospitals, places of worship and international peace keeping facilities. The University should encourage other universities to make such statements, as well as informing the UK and Israeli governments.

2 PODCAST/ DEC APPEAL - That an alternative podcast be broadcast on the University Portal that addresses the errors and bias of the one already posted. The University website should also carry the DEC charities appeal, in protest at the refusal of the BBC and Sky to broadcast it.
The University has allowed its official podcast to be a vehicle for inaccurate and partisan information in an attempt to justify the Israeli atrocities visited on the people of Gaza. We as a university have a duty to uphold the principles of human dignity, solidarity and international conventions. That this biased account remains unchallenged is unacceptable.

3 SCHOLARSHIPS – That the University grant a minimum of ten fully-funded scholarships to Palestinian students from Gaza University -which was bombed by the Israeli military.
This will give students from Gaza the opportunity for an education, which this latest attack and the continuing blockade has denied them.

4 ACADEMIC AID – That the University provide academic aid to universities and schools in the Gaza strip, in the form of:
a) Donation of old books, computers or other surplus teaching/administrative/educational resources, with the shipping of these resources be paid for by the University of Nottingham.

5 REMOVE STARBUCKS – That the University terminate the vending of Starbucks coffee in Hallward Library and replace it with a fairtrade alternative.
This company is guilty of extensive and documented unethical breaches and its CEO has been a public supporter of the Israeli Government policies in the Occupied Territories. The University, despite its fairtrade status and without consulting its students, introduced Starbucks coffee. It has since insisted on Starbucks’ continued presence despite majority opposition in a student poll, a persistent protest campaign and a motion in the Students Union condemning the presence of Starbucks.

7 END COMPLICITY - That the University bans all companies involved in the supply of military equipment to Israel (such as BAE Systems, the Smiths Group and Caterpillar) from all university premises, specifically recruitment events.
The University should review and phase-out research programs and collaboration with such companies. It is unethical for the University to provide a platform and conduct research for companies that are complicit in the massacre of civilians, war crimes and gross violations of international law.

8 THE RIGHT TO PROTEST - That there be no legal, financial, or academic repercussions taken against anyone involved in or supporting this protest. Those involved in this occupation must be guaranteed respect of their fundamental rights, including freedom of assembly, expression, and movement in and out of the occupied space.
This will be a non-violent and inclusive protest. All at the University of Nottingham are encouraged to participate. During the occupation we will adhere to the same codes of personal conduct that are expected of us as members of the academic community. Any disruption to our peers’ education is expressly against our wishes and we will respect the rights of others to disagree. Universities should be places where freedom of expression, debate and critical discourse are encouraged, and the student movement in the UK and internationally has a proud tradition of protest and solidarity actions against social injustice.