Construction workers at the site of a new gas fired power station at Staythorpe near Newark, Nottinghamshire have joined workers across the country in striking against the use of foreign contractors. While the issue has been contentious for some time, with a unemployed workers holding protests outside the site since November. The issue was reignigted after workers at the Total oil refinery at Lindsey in Lincolnshire walked out over similar concerns. 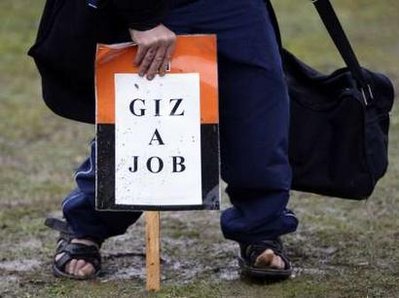 On Monday, all 300 British workers at the site walked out for several hours. They returned to work on Tuesday 3rd February, but within an hour, around 60 staged an unofficial walkout in solidarity with others in the construction industry across the country. A ballot held amongst those who had walked out showed a majority in support of staying out on Wednesday, which they duly did. A protest also took place outside the London offices of contractor Alstom on Thursday 5th.

Alstom has been contracted by RWE to build a gas fired power station near Newark. Two companies, Montpressa and FMM, have been subcontracted to carry out construction work on the site. The Unite union alleges, "These two non-UK contracting companies say they have no intention of employing any UK labour to undertake the work." The union "estimates that 600 jobs will be needed to build the power station's turbine and boiler (Montpressa will fit the turbine and FMM will fit the boiler). A further 250 workers will be required to build the pipe connecting the two." Under the current arrangements, they contend that none of these jobs will go to UK workers.

Unite joint general secretary, Derek Simpson, has stated, "Staythorpe is a national scandal. We are seeing thousands of jobs being lost daily but at Staythorpe there is skilled, well-paid work available. It's a disgrace that local workers with years of experience are being locked out of the job." Many of the workers there clearly agree with him.

It is noteworthy, however, that despite Unite's prominent role in campaigning around this issue, the walkout itself has taken place without the support of the union bureaucracy. A clear violation of the Thatcherite anti-union laws (supplemented by legislation introduced under New Labour) the Staythorpe walkout, like others around the country, is unquestionably illegal. The wildcat actions, which appear to have been broadly successful in the instance of the Lindsey refinery dispute, demonstrate how these laws can be surmounted and point towards a potential strategy for working class struggle in this country.

Some commentators have expressed concern about the slogan "British jobs for British workers" which the various wildcat strikes have taken up, echoing Prime Minister Gordon Brown. They fear that this campaign turns British workers against foreign labour and may be fertile recruitment territory for the BNP. In Plymouth, however, strikers have been joined by Polish workers. Indeed, one visitor to Staythorpe, noted the absence of placards bearing the "British workers..." slogans and reported an emphatic rejection of the BNP. 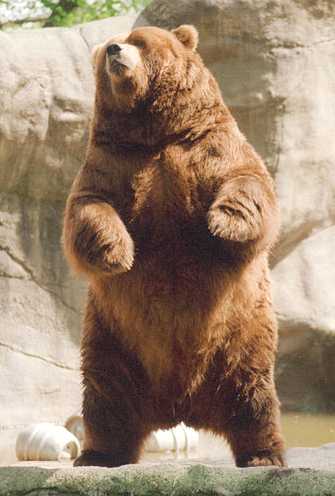 Brown bear Forest royale, stronger than a lion, tougher than a tiger

Theres some knit picking on numbers of polish workers who went off site in Plymouth, but the nazi scums reaction on this info proves it bothers them

http://nationofduncan.wordpress.com/2009/02/03/polish-workers-join-wildcat-strikes/#comment-101
Moderator of this site is too nice to scum hiding behind the flag, holocaust denying scum, what will they say next, the luftwaffe were painted over calais maybe?.

Loads of polish workers went out on strike in solidarity with wildcat at Cottam power station & other places in 2006. Before the corporate media latched onto the British jobs for British workers slogan & it was spun.

There are popular websites set up by striking workers themselves, not by BNP front like the so called British Wildcats
Bears being truelly indigenous animal to this island within recent times, hunted to extinction here, but whoes spirit burns strong at Staythorpe it seems & with other good strikers.In a fair fight bears win easy, although they never come across each other in the wild.
This strike will win with unity, sounds like people in newark are on the right foot, word is in Immingham refinery, lincolnshire the BNP were occasionally cheered by some of the strikers.
Some of portugese might of joined Imminghams worthwile strike if the negative spin & threats hadnt been made, although wether they are threats from BNP or Totals own agent provocateurs is another thing, the BNP are certainly encouraging attacks& dividing, just like they did for the milk snatcher in her worst period. Havent heard Staythorpe mentioned on bbc but may have missed it, they have got brief mention on website of staythorpe protesters going to London, but they maybe just doing fob off web stories like they did with kid killing cop-financial protests in Greece & against the ethnic cleansing in Gaza basically.

bear pissed off& not related to Gordon 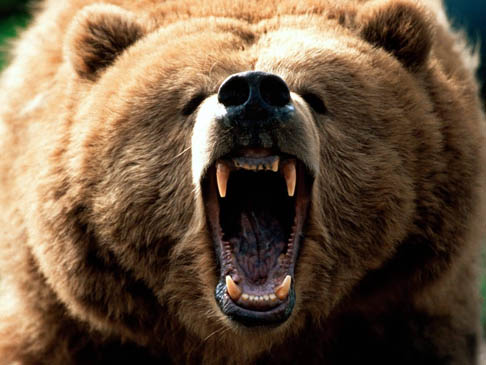 indigenous animals for international protest, 99% of lions are insulted by their use by the BNP, were african for fxxcks said one pride.