On Wednesday 11th February, a group of students staged a die-in protest to highlight the University of Nottingham's extensive links with arms companies. This protest was held as part of a national day of action against the arms trade, called by Campaign Against the Arms Trade Universitys Network. 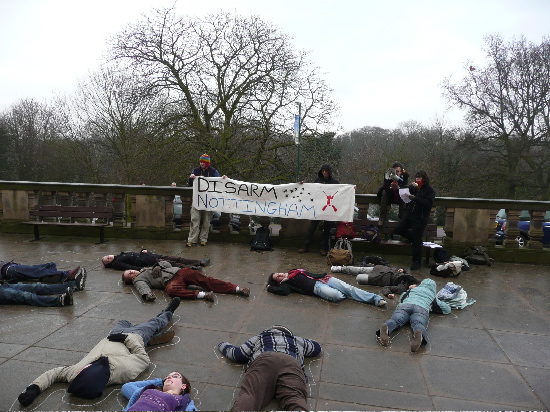 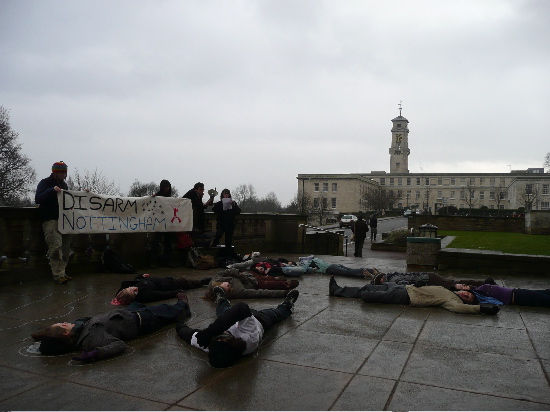 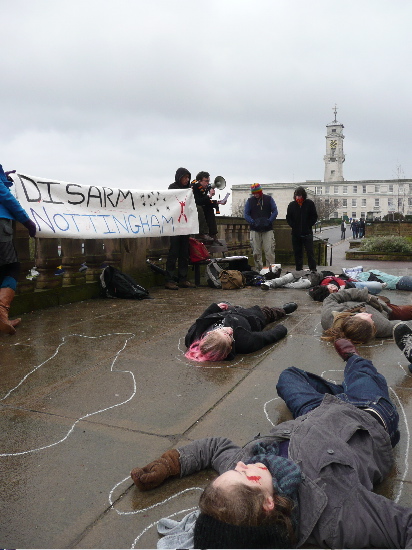 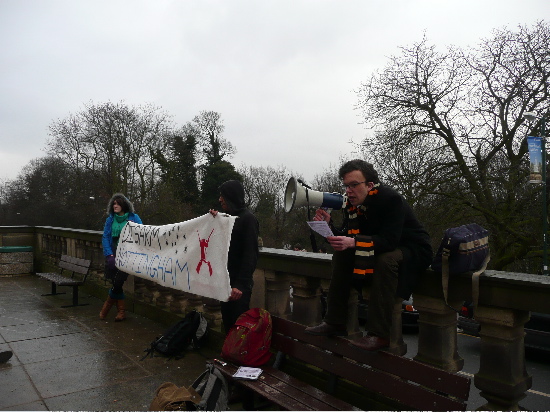 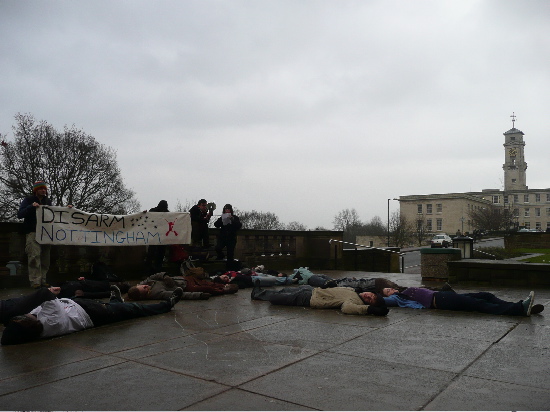 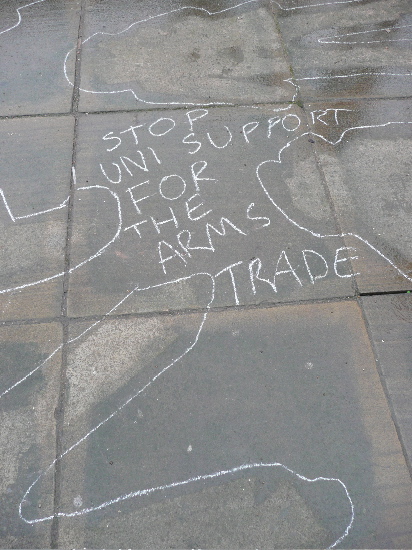 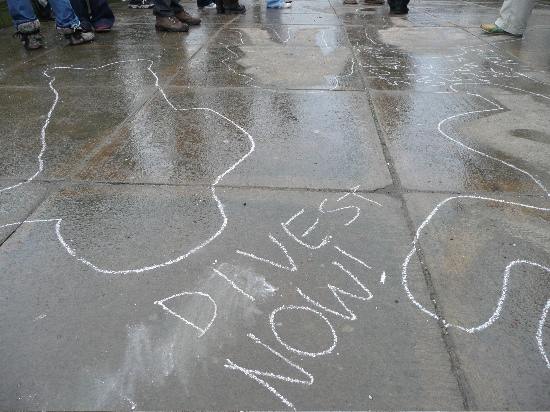 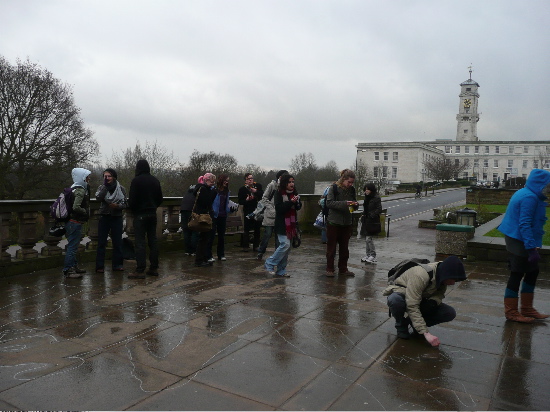 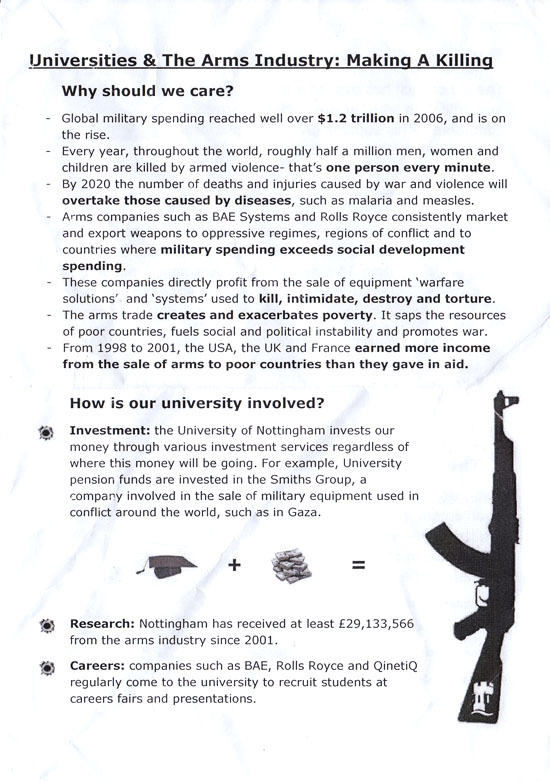 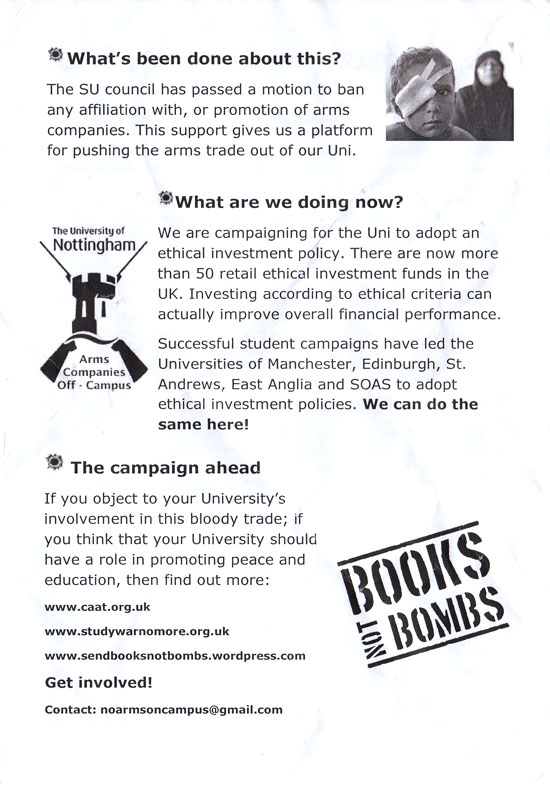 This protest comes in the wake of the recent student occupation for Gaza at the University of Nottingham, and the subsequent 'books not bombs' demonstration, which was attended by over 250 students.

The specific aim of the action was to protest University support for, and links with armaments manufacturers, in three key areas: investments, careers and research.

Despite the poor weather, students played dead, gave out fliers and collected signatures for a petition addressed to senior management. The spectacle was particularly interesting for groups of prospective students and parents in attendance for a university open day!

This protest was called by 'Disarm Nottingham' a broad-based coalition of societies and individuals working to end university links with the arms trade.