Nottingham City Council have adjusted the number of new CCTV masts they are proposing to erect in the Forest Fields area.

Three new masts are now proposed for Forest Fields, which would host cameras on rotation and surveil from junctions at Burford and Berridge Roads, Leslie and Berridge Road, and Gladstone Street and Foxhall Road. This is an amendment from the original proposal, which advocated five new masts in Forest Fields. The new proposal still includes a new mast for New Basford.

The reduction in masts was agreed at a meeting between the Area 4 management team, local councillors and police.

In this meeting it was also decided that the council will now consult all the residents of Forest Fields. Letters will be sent to homes within the boundary of Noel St., Sherwood Rise, Gregory Boulevard and Gladstone Street, detailing the proposal and how to respond to it. This is due to happen in the next three weeks.

The police in conjunction with the local authority are also intending to organise a public meeting on the issue of CCTV in the area, although they haven't found a venue yet. 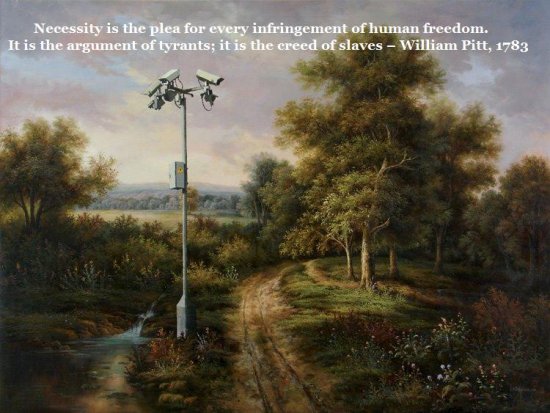 It is good to see that wider consultation is proposed (perhaps local concerns have been half-noted), but I wonder why the consultation area ends at Gladstone St, when the camera will no doubt spy on people up towards the Beech Avenue & New Basford area too.

Whilst I don't want to see the community spirit of _any_ local neighbourhood undermined by this proposal, I wonder why the Gladstone St / Foxhall Road junction has been chosen when the cashpoints, the post office and the off-license are all on Beech Avenue*, not to mention the Elm Tree pub, such a notorious trouble spot, including recent gun incidents, that it is currently closed. I wonder if there is anything else in the area that they want to keep under surveillance that they are not telling us about.

* Of course none of these risks would be reduced by CCTV on a big pole more than by, for example, improved street lighting, which Home Office research shows to be up to seven times more effective in reducing crime. CCTV merely instills a fear of crime and the perception of an un-safe neighbourhood, whilst at best displacing anti-social behavior to the next street.


btw. There were previous Indymedia postings at

more community neighbourhood watch would do the job,

more community neighbourhood watch would do the job, plus if the state stopped using NG7 as a dumping ground that would help& if certain government factions stopped using Heroin & crack to help fund their proxy global wars+ the false economy whilst using mercenaries to sell it in radical communities that would help.
If people werent forced to live in ghettos still by economic & racist-cultural barriers installed inside & out of it that would help. Most importantly a revolution for true direct democracy would be nice.This is first source that came on search engines, theres plenty more, even Kenneth Clarke agrees heroine sales have gone up since the "war on terror"

To Resident - please get in touch!

Thanks very much for posting this info here. If you'd like to get in touch with us and/or help out with our campaign against CCTV, we'd love to hear from you.

No CCTV in Forest Fields