To mark World Day for Laboratory Animals, campaigners from all over the UK and beyond will be gathering in London to call for an end to animal experiments and to remember animals who suffer and die in laboratories all over the world. There will be a coach from Nottingham, but booking is essential. 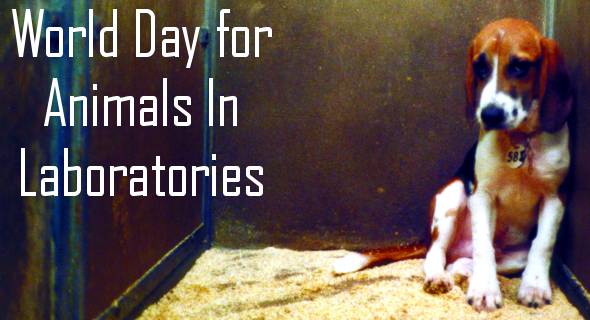 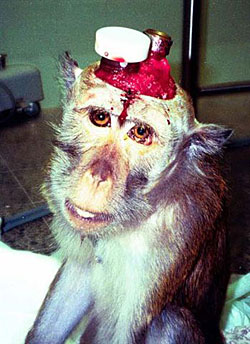 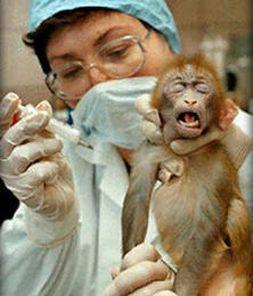 The march from Hyde Park through the centre of London, including Piccadilly and Trafalgar Square, will take the anti-vivisection message to large numbers of shoppers, tourists and residents. We will then hold a rally at Parliament to protest against the government's pro-vivisection policies.

World Day is an opportunity to make a stand and show your support for the helpless victims of some of the cruellest animal abuse. Even if you have never been on a demo in your life,

Nottingham_animal_rights urges you to join us now for this one. We have the freedom to march and be heard, others are less fortunate.

The coach from Nottingham will be leaving at 8am & returning (approx) 9pm.

Booking is Essential Tickets £10 - this covers the hire cost if every seat is filled, but a subsidised £8 concessionary payment is acceptable. Tickets are available from Sumac Bar, Alley Cafe, Natural Food Co and Screaming Carrot.

You can also book your seat at our local group meeting, this Thursday April 9th at 8pm at the Sumac Centre, 245 Gladstone Street, Forest Fields, NG7 6HX

Online booking, including by credit card, now available via

If anyone cannot go to London, but would like to support the day with a donation, please click the donation button on that page. Any funds remaining after coach expenses will support local campaigning against vivisection.

Each year inside British laboratories, approximately 3 million animals are experimented on. Every 10.5 seconds, one animal dies. Cats, dogs, rats, mice, guinea pigs, rabbits, primates and other animals are used to test new products.

Hundreds of thousands more animals are bred and killed so bits of their bodies can be used in research. In addition, millions of 'surplus' animals are bred but never used - they are just disposed of and their deaths are not even recorded.

Scientists and researchers have devised endless ways of abusing animals in experiments.. The government defines an animal experiment as a 'procedure' which is 'likely to cause... pain, suffering, distress, or lasting harm' and according to home office statistics, almost 60 per cent of all experiments are carried out WITHOUT ANAESTHETIC. The perpetrators use animals to test weedkillers and pesticides as well as new ingredients for cleaning fluids, paints, food, drinks and even pet food. Animals are also used in medical research, supposedly in an attempt to find the causes of, and treatments for, human disease. But animal experiments are unreliable and can be dangerously misleading because animals' bodies are different from ours, and they don't get the same diseases as we do.

Less than 2% of human illnesses (1.16%) are ever seen in animals and when asked if they agreed that animal experiments can be misleading 'because of anatomical and physiological differences between animals and humans', 88% of doctors agreed.

Pharmaceutical companies exist to make money for their shareholders however, not to cure diseases, and putting animals through painful and distressful procedures is a cheap way of getting new products to market, never mind how unsuitable they are for human physiology. As a consequence 95% of drugs passed by animal tests are immediately discarded as useless or dangerous to humans and one of the biggest killers in the western world is adverse drug reactions...


Nottingham_animal_rights has arranged for a coach to and from London, which will leave from outside the Salutation pub (on Maid Marian way) at 8am on World Day, 25th April (returning around 9pm). If you want to be on it, obtain a ticket (£10 waged/£8 unwaged) from the Alley Cafe, the Natural Food Company health food shop, the Sumac community centre or from the open and informal, fortnightly AR planning meetings which you would anyway be very much welcome to turn up to and lend your genius to planning how best to further the cause of animal rights. :)

All it takes for evil to triumph is for good people to do nothing.