Yet another example of fear-spreading in the population. British Transport Police and ACPO paid for this billboard 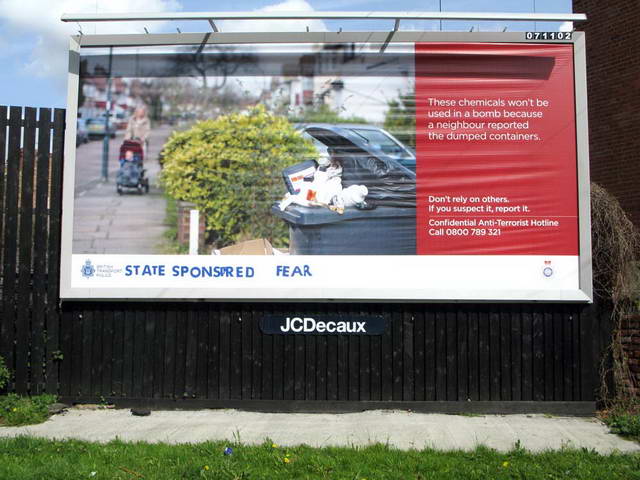 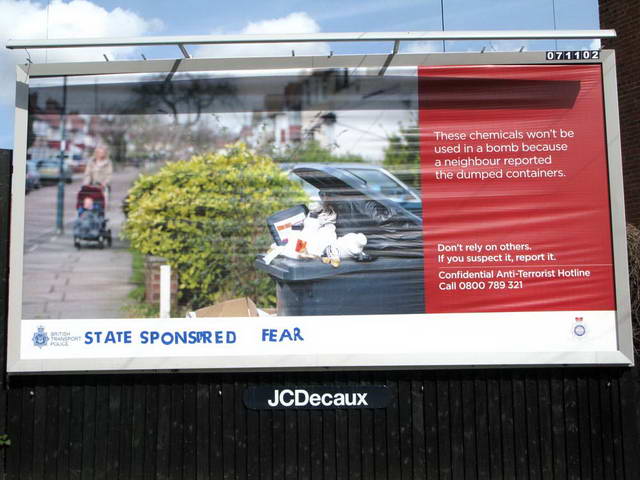 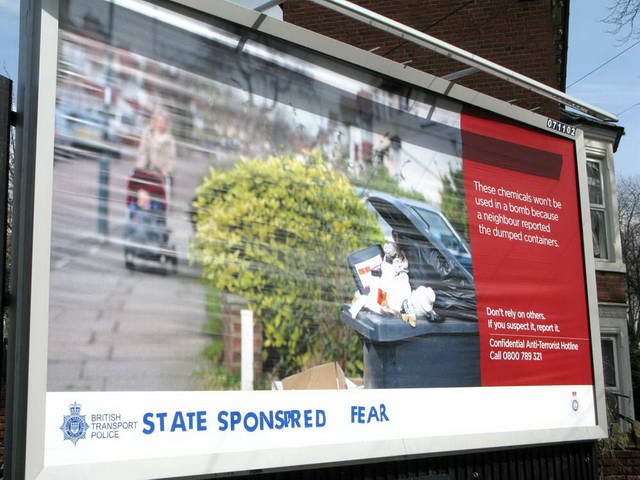 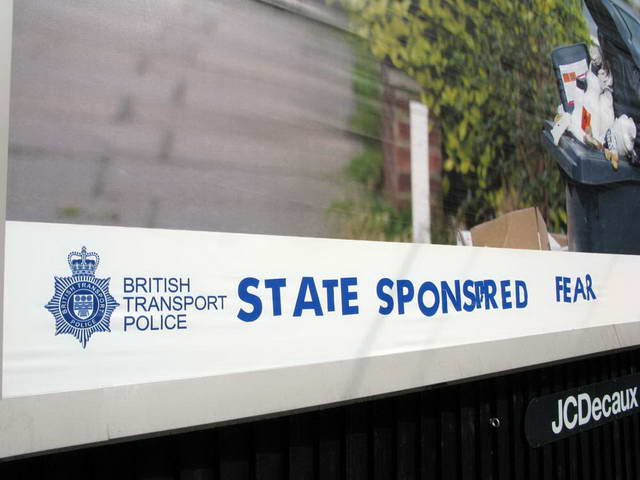 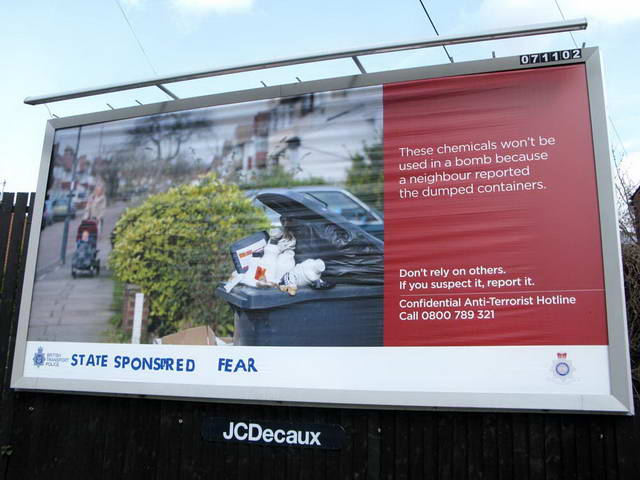 Yet another example of fear-spreading in the population. British Transport Police and ACPO paid for this billboard [with our money] and it shows an overflowing wheelie bin with some chemical containers and assorted bottles poking out. The caption reads:

"These chemicals won't be used in a bomb because a neighbour reported the dumped containers."

"Don't rely on others. If you suspect it, report it."

Helpfully included is the number of an anti-terrorist hotline.

Someone has pasted plastic letters with the words "State Sponsored Fear" underneath.

It's at the junction of Gregory Boulevard and Birkin Avenue in Hyson Green. A well know location of probable troublemakers and urban terrorists! I think 'they' might perceive this to be the case, because of the wide range of cultures, represented in the area. I was out in the wollaton Park area of the city a few days ago, and saw no equivalent messages on board out there. Strange eh?