Unison public service union has paid for a few of these posters around Nottingham. 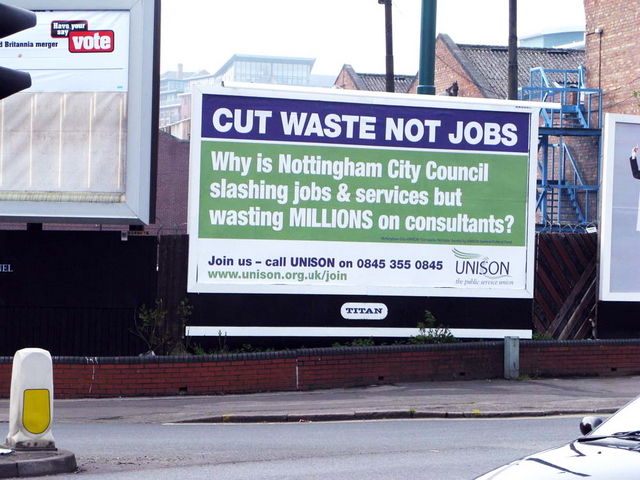 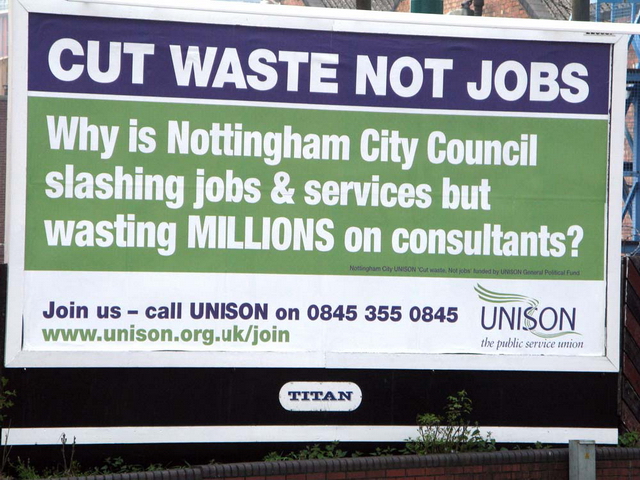 The posters form part of a wider campaign being waged by the unions against the cuts.

The anger felt by council workers was certainly increased by the scale of the cuts and that they were announced by deputy council leader Graham Chapman when he revealed the £12m in cuts live on the radio without giving affected staff any prior notice. This is yet another example of the distasteful combination of authoritarianism and incompetence which characterises the leaders of Nottingham City Council.

Earlier Indymedia reports on the progress of all this at: