No to New Coal in the North East

On the last leg of our journey The Coal Caravan visited two communities in the North East of England, Dipton and Cambois. UK: Coal are looking to open cast for coal at Dipton and Npower wish to build a new coal fired power station at Cambois. We urge people to support the campaigns against these developments.

Bradley: The hillside above the woodland is all planned to be mined 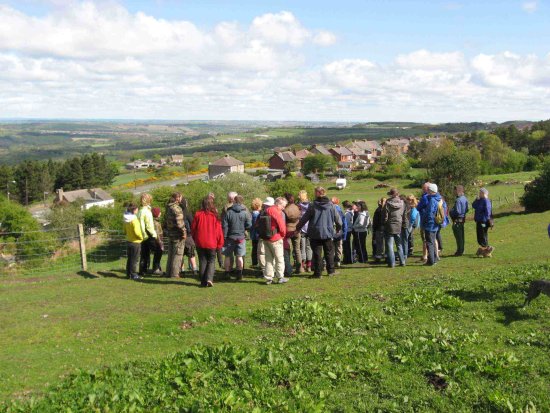 The caravaners and local people on the Bradley site 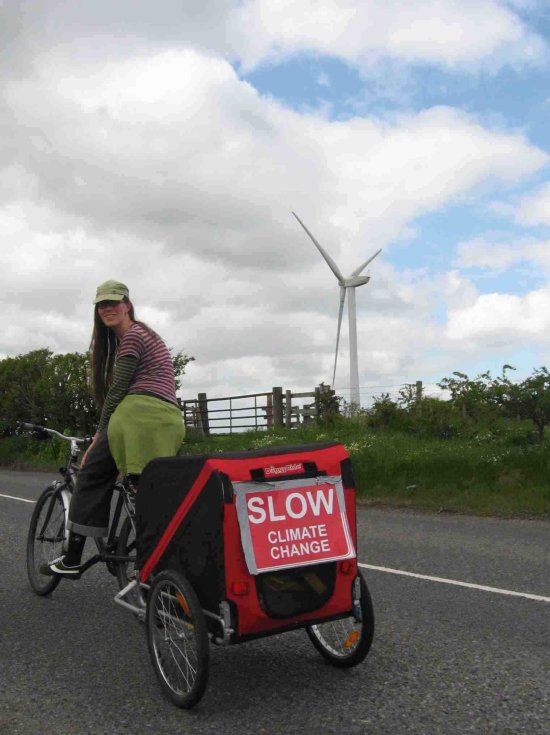 The alternatives in the North East

At the beginning of May The Coal Caravan was in the North East. We went to work with the communities of Dipton and Cambois to oppose a new open cast mine and a new power station respectively.

Dipton
UK:Coal own most of the land in the Pont Valley which contains a coal seam covering 22,000 acres of land. The application to open cast mine the area has been resisted by locals who feel strongly against the whole scale destruction of the area, which would result in the loss of important heritage sites linked to the small scale mining history in the area. In the valley there are ancient wagon ways, bell pit mines, drift mines and other workings. These locally and nationally important heritage sites are being ignored and undervalued by UK:Coal.

At the Bradley (the name given by UK:Coal to the site nearest Dipton) UK:Coal wants to extract 556,000 tonnes of coal. Due to the size of coal seams in the area, endless extensions are expected here. The original Bradley extraction alone will result in over 2 million tonnes of CO2 being released into the atmosphere when the coal is burned, speeding up global warming.

UK:Coal claim that there is not significant biodiversity in the area, yet there are red kites, great crested newts, hares and other protected species living in the immediate area. There are also a few mature trees and established hedgerows. Similarly it is claimed by the coal company that there will be little visual impact from the mine. Yet from the site you can see Cheviot and Newcastle and plenty of places in between, so the mine would obviously be visible. Site noise and increased vehicle movements in the area to remove the coal will also negatively impact on the local people and the environment they live in.

The local campaign, The Pont Valley Network, (www.pontvalley.net) is working in imaginative ways to encourage locals to value the area and is working to increase tourism to the area. They have produced guides to local walks, recipes for wild foods found in the area, they take people on guided historical walks and host other events. The community is not prepared to be walked over and is standing strong and prepared to fight a long battle.

Nearby, at Skons Park, Halls of Durham have just reapplied to extract coal from a site adjacent to a national trust site, The Gibside Estate. Although they had an application refused in 2007 they have already resubmitted an application for the same site.

There are a further THIRTEEN proposed open cast sites in the North East, and FIVE operational sites in the county of Northumberland. Northumberland county council used to have an open cast restraint policy but this has been reversed since the central government over ruled the local authority at Shotton beside Cramlington. The Shotton site has been approved giving UK:Coal the go ahead to extraction of 2 million tonnes of coal and 500,000 tonnes of fireclay. The change in precedent has already meant the approval of another site nearby at Potland Burn, Ashington.
Resistance to the encroachment of open cast coal mining in this area is essential otherwise the area will become one of the most intensively open cast areas in the country.

The small village of Cambois, just north of Blyth, in Northumberland, is threatened by a new coal fired power station. The previous power station has been reduced to a pile of rubble, but the shadow of electricity generation hangs over this small community. The proposed power station would be six times larger than the previous one. There is no real job opportunities to be provided for local people, who feel patronised by Npower's suggestion that there would be work generated as someone could open a chip shop for the workers they bring in from out of the area. The area is desperately in need of attention, but no-one wants to invest in sustainable business when the area is threatened with a giant electricity factory immediately behind the primary school.

The proposal for a newer, bigger power station here is being resisted by PANiC Stations,
www.panic-stns.co.uk
Who oppose the construction of a new coal fired power station in Cambois, Blyth, because this would
*Further fuel global warming which we as a nation are committed to curbing
*Damage the health and quality of life of local communities
*Despoil the environment, threaten wildlife and be an eyesore visible for miles for 50 years on this heritage coast.
In contrast, panic stations strongly support the development of renewable power generation infrastructure at the site, with all the extra jobs this would create.

Nearby there are already examples of better energy generation alternatives, with 11 wind turbines in view of Cambois. Unfortunately for local residents there is also an Alcan power station up the road, generating electricity to smelt aluminum, fueled in part by coal delivered to the port just to the South and delivered by train through Cambois. The coal for the new power station, if it is given the go ahead will predominantly be shipped into the area from countries with even worse employee protection or environmental protection.


Both of these communities need help from people outside of the area. Please sign the petition on The Pont Valley Network website

http://www.pontvalley.net/nott/petition.php and check out the websites for both campaigns. Please don't let these areas be devastated by power giants simply because they are in a less populated part of the country than Kings North. For more info on what happened in the North East when the caravan was in town look at our blog

There is also an ongoing proposal to build an open cast mine in the lee of The Wrekin in Shropshire that has drawn widespread opposition and protest.

The North East Open Cast Action Group is made up of various campaigns against open cast in the North East and also Newcastle Climate Action. As part of the Coal Caravan we cycled from Dipton to Cambois after staying in Dipton. The highlight for me was the Pont Valley Walk from Dipton. UK coal want to destroy this social, ecological and economic heritage. It includes ancient bell pits and the house Catholics historically found sanctuary in. We cycled past Alcan aluminium, who argue that open cast coal mines are necessary for jobs at Alcan and are good for the environment as it means the coal doesn't "have to" be imported. We cycled past BAE systems who use the aluminium to make bombs for Israel. Another world is possible!