The recent raid at a school in Sneinton, which saw over 100 people arrested for 'conspiring' to take action at a local coal fired powerstation, costs the police around £700,000. The costs of Operation Aeroscope, were revealed as a huge surplus in the Notts Police's budget for 2008/9 as recently presented to the Notts Police Authority. Apparently 'attempts will be made' to get some of the money back through central government (Home Office) but it seems most likely the cash will come straight off the budget of the Notts force, possibly leaving other services under-financed. 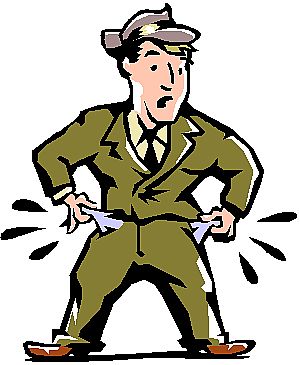 Officers from 5 different forces were involved in the operation, in which 114 people were arrested, none of which have yet been charged. After parliamentary questions asked by Nottingham South MP Alan Simpson related to the costs of the operation, no details had been disclosed by either Home Secretary Jacqui Smith or Vernon Coaker, Minister of State for Policing, Crime and Security.

Lets get one fact straight

Both the NEP and Indymedia have one crucial fact wrong.

The legally questionable and morally indefensible Police operation did not cost the Police £700,000 - it cost the taxpayer £700,000.

it cost the police from their budget

Sure it ultimately comes from the taxpayer, but the police have a budget, and the £700,000 will come from that budget, so it "costs the police" in that sense. I don't think we need to nit-pick over this.

I'm guessing here, but the MP's who've had their snouts in the public trough might have thought the money they were stealing was also 'from their budget' but the fact remains that the national pot exists and belongs to the tax payer.

In a public arena it's, not for one person to decide if 'we' 'need' to nit pick.

The devil is always in the detail. Accuracy and clarity of thought isn't nit picking.

I think the democratic majority will interpret this story within the headline of:
"Climate action group cost £700,000 of taxpayers money"

I'm sure the "democratic majority" will all be thinking how the fuck did the Stasi find the manpower to spank £700k of our money smashing up a school in an attempt to prevent thought crime, while there are muggers, rapists, yobs, burglars etc, who seemingly have a free pass to cause misery to a fair proportion of us - the "democratic majority" and why wasn't the budget spent on basic policing in the first place.

not really bothered by the details, just the bottom line

"How much? 700K? What a waste of money. Bloody protestors"
Thats it. If you think the taxpayer actually care anymore than that you've got an inflated opinion of your own importance.

"not really bothered by the details, just the bottom line"

I think you're on the wrong site, mate...

Similarly, MPs are stealing both from their budget and from the taxpayer.

The whole point of the article was that now the filth have £700,000 less to spend on helping old ladies across the road or catching rapists or whatever. That is true irrespective of quibbling over who exactly it is "costing".

And @Max: maybe some people are brainwashed by the Sun or the Daily Mail into thinking the protestors are to blame rather than the people at the top responsible for trying to crush dissent and maintain the status quo. That doesn't mean they are right, and media manipulation isn't the protestors' fault.

The fact that the media subtly (and not so subtly) promotes the agenda of the government and powerful business interests is another issue that needs addressing. It's very difficult to challenge an entrenched power though - they will do everything they can to maintain it, and as they have so much power to begin with, it's very difficult to attack them successfully.