The Nottingham based art-activist collective the Mischief Makers have launched a new website to showcase their creative activism work from 2005 to 2008. The group is mostly known for its activities in Sneinton, opposing the incinerator expansion, their recycled art workshops and for the creative element they have added to many actions with their colour-full street appearances. Check it out: 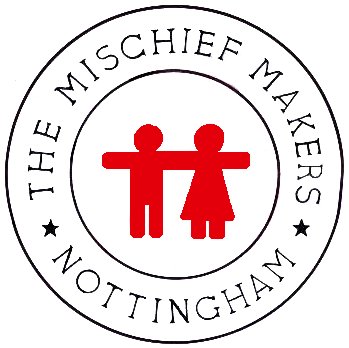 The Mischief Makers are a loose collective of creative activists from Nottingham (UK) who are working to make positive change through creative action. The group is a diverse mix of people with backgrounds ranging from theater design, costume, puppet and banner making to street performance, recycling arts and community work.

Since 2005 the Mischief Makers have supported many campaign and action groups with their creative input; adding colour to street actions with costumes or banners, giving educational performances at schools and sharing skills. Although the Mischief Makers ceased to be a functioning collective, individual members continue to work at the forefront of creative grassroots activism in Nottingham, the UK and beyond.