In August 2005, A building in Burns Street, Nottingham, empty at that time for 7 YEARS, had been occupied by squatters. 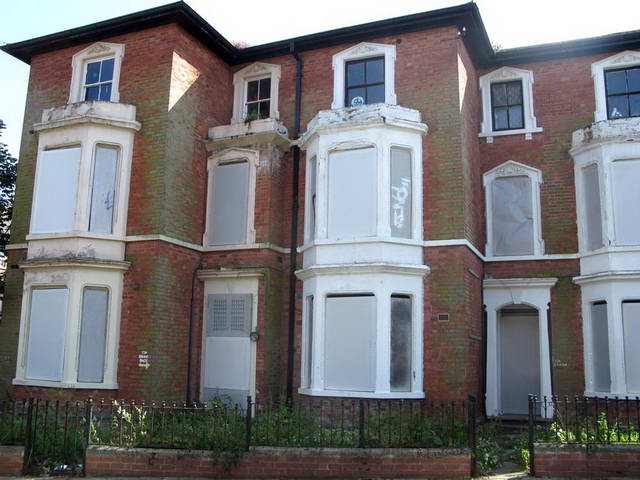 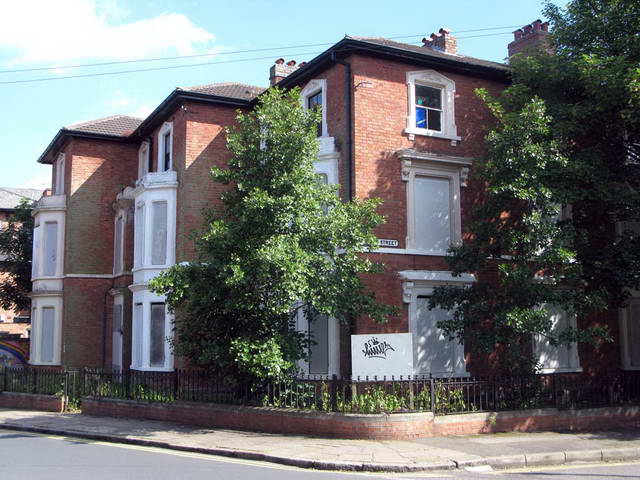 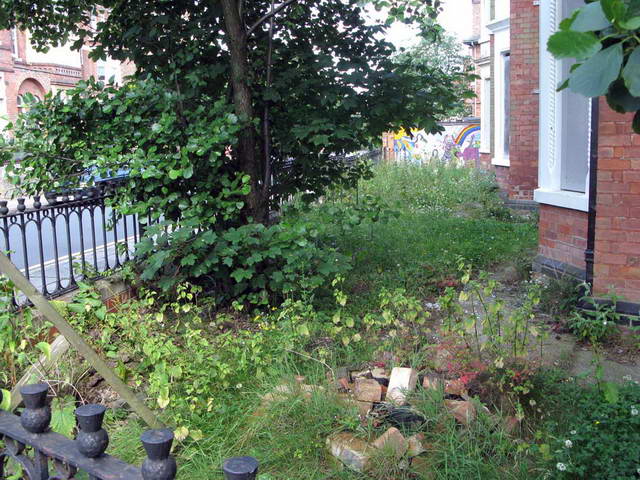 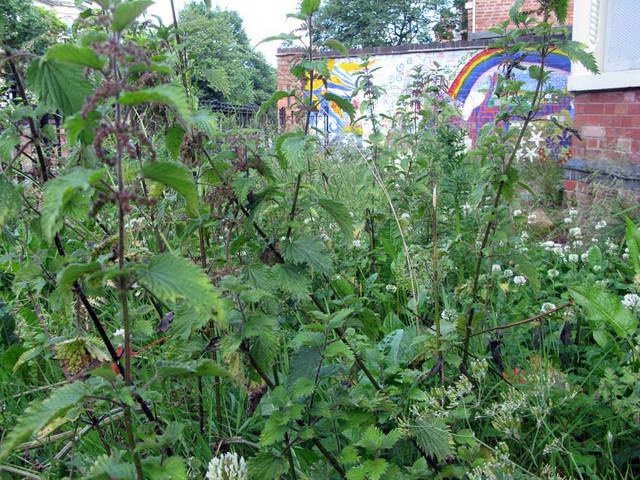 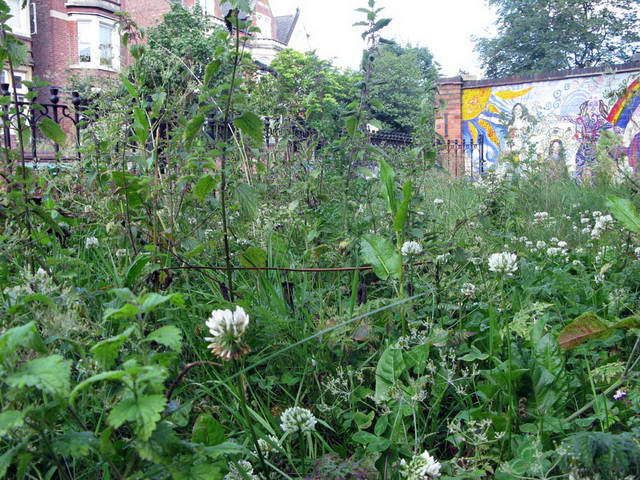 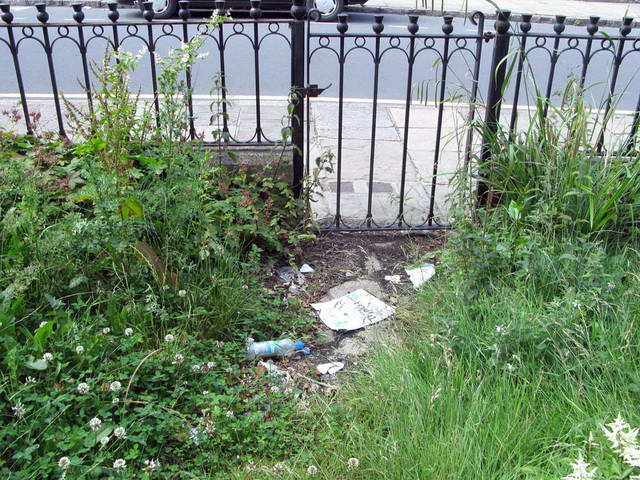 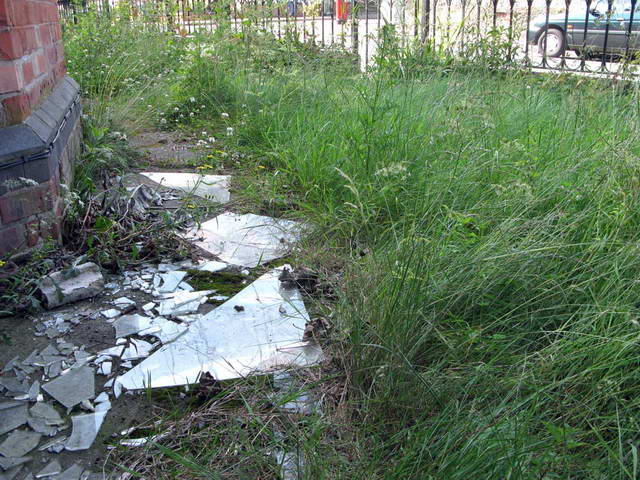 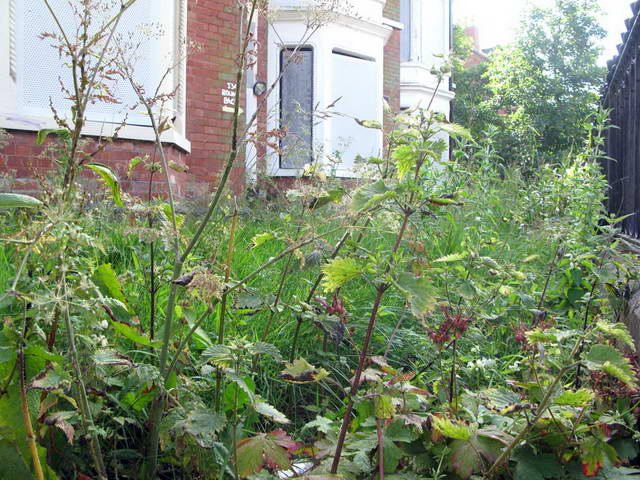 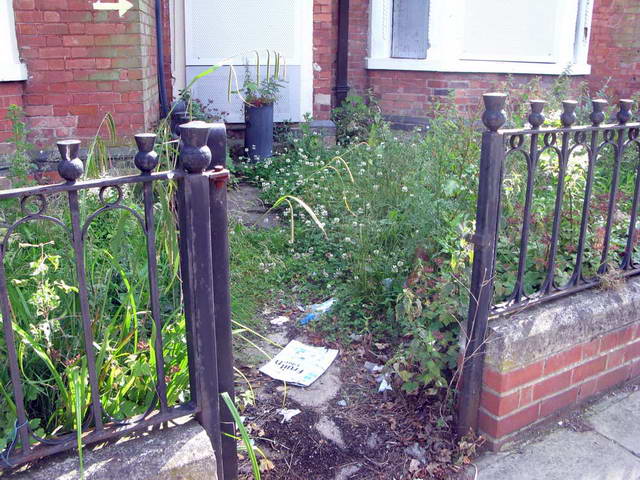 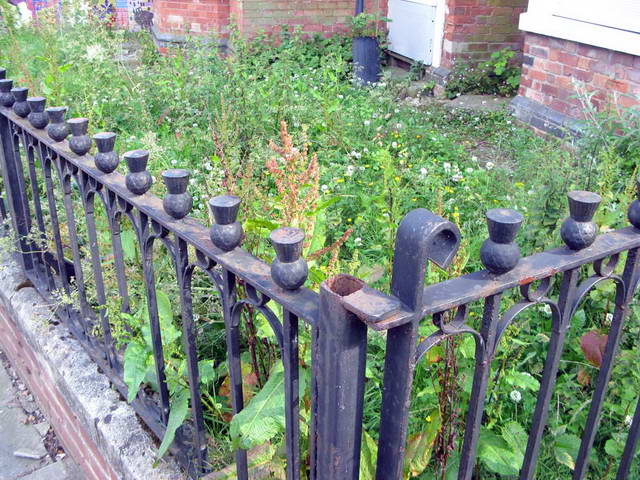 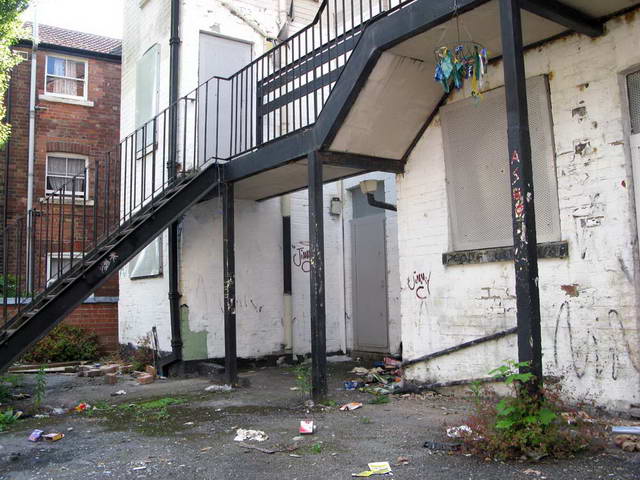 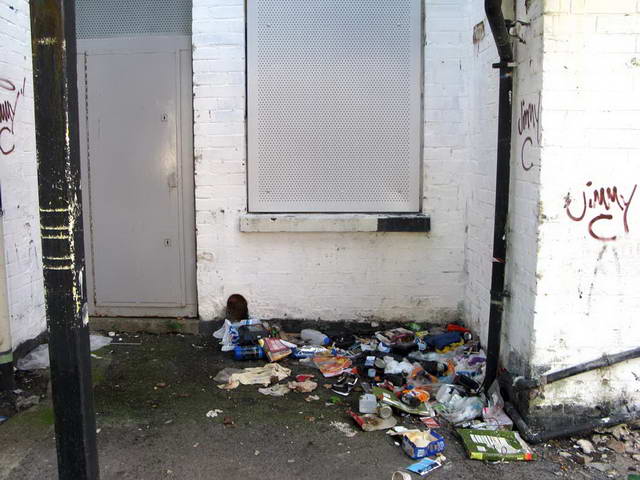 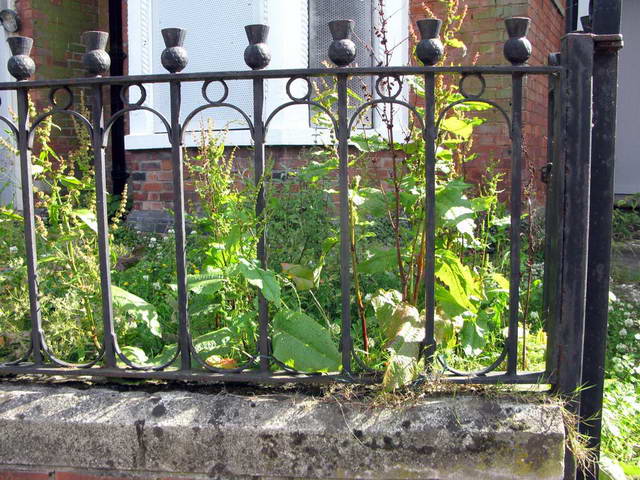 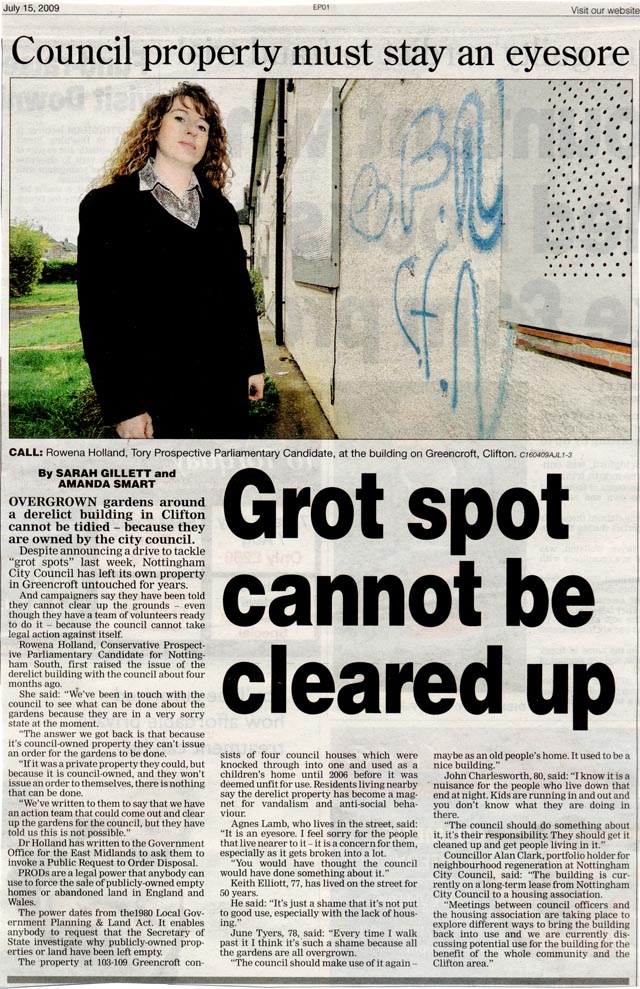 In August 2005, A building in Burns Street, Nottingham, empty at that time for 7 YEARS, had been occupied by squatters. The neighbours constantly fed up with the council inaction, a mess in the garden, drug abusers round the back of the property, windows smashed. Not something you would like to live next door to. Thus, the group had much community support, secure in their new home, there was much tidying up to do.

BEFORE: New Squatting Project in Nottingham

AFTER: Nottingham Squatting Project, The Tidy-Up

It was within the first week, that the councils reaction was obvious, a notice to quit, and threatened eviction. Undeterred, you'll see in the pictures a great many folks put effort into renovation and tidying up. It transformed the place, and the immediate area.

Folks were there for 3 years. activities and events being arranged. Even got some local councilors and the Chief Executive of Nottingham City Council dropping by at the ASBO for tea and a bun!

It even got included in the community centres listing on the councils website, as if it was their provision! Cheeky bastards!!

People had left last year. The council now having care and responsibility over the place again. Passing by this week, I thought I would take this set of pictures to show what happens when empty building are in council care. NOTHING.

I think it criminal and in my opinion, they don't have any defence for inaction.

Reading the Evening Post, I was interested to read their article "Grot spot cannot be cleared up" Wednesday 15th July 2009. The article tells of a similar situation in Clifton and yet more inaction. I mean it's a widespread issue, innit?

Including this quote: "...... has written to the Government Office for the East Midlands to ask them to invoke a Public Request to Order Disposal. PRODs are a legal power that anybody can use to force the sale of publicly-owned empty homes or abandoned land in England and Wales".

"The power dates from the 1980 Local Government Planning & land Act. It enables anybody to request that the Secretary of State investigate why publicly-owned properties or land have been left empty.

I guess i include this lot for information on what is still a live issue. Also, being dissatisfied with the outcome of matters there> I wanna know if others think if this is a goer, to bring about more change and to pressure local authority into more action on housing issues.

I have always though that the figures contained in these articles, provide the moral case for squatting:

Short documentary from when it was in full swing:

churning is the way forward

NDC- Neigbourhood Development Company are 'the new owners'.
In their Action Plan 2009/ 2010 www.ndcnottingham.org.uk they state "For some 3 years NDC/NCC have been in ongoing negotiations over the acquisition of derelict HMO sites for development into affordable family housing and it is anticipated that the Burns St site will start in the final quarter of 2008-9 and be completed in Year 10 and provide four family properties for sale and allow the development of a rolling programme of such improvements".

In March 09 the planning application
09/00854/PFUL3 33 Burns Street Nottingham was submitted, view this at www.plan4nottingham.com.

Within the NDC report "there is an ongoing opportunity to 'churn' properties". This is a method of using government funding to acquire, often at a discounted price or rent, make improvements then sell on at a profit. This mostly occurs with local authority property stock.
The original guidance on NDC spending was to provide additional benefit and shape the spending of the main partners to improve services to the community. NCC have demonstrated again how it has engineered neglect by redirecting resources. NDC for its part is the ever compliant proxy, spending substantially in its place so NCC doesn't shell out a penny.

It may be too late to influence 33- 35 Burns St.(ASBO),
but, Tennyson Hall has not been such any easy path for NDC/NCC, at present they are clearing the building and want to change its use from community space(D2) to office/ light industrial(B2) so they can house 3 community organisations??
It's all been done in a rush, planning application was in 2 July, still at undecided stage so comments/ objections welcome until start of August.
I hope you don't mind this addition.. i think it's all relevant to the main piece.

Thanks for sharing these pix

I'm really gutted that this lovely old building is still empty and decaying, and that Tennyson Hall is still in limbo.

What is the matter with these people? If they can afford to rig up a big stage in the Market Square and put on free concerts, and have a lavish bonfire display each year, surely they have the money to do up existing buildings to provide community centres in Radford.

I'm just glad the Spray building has been re-squatted. If I hadn't moved away from the area, I'd support that.