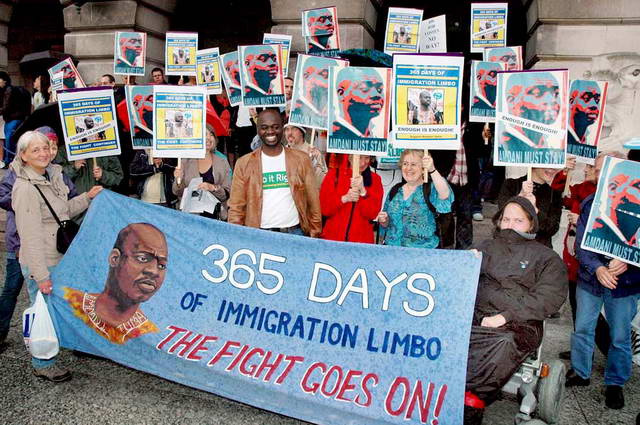 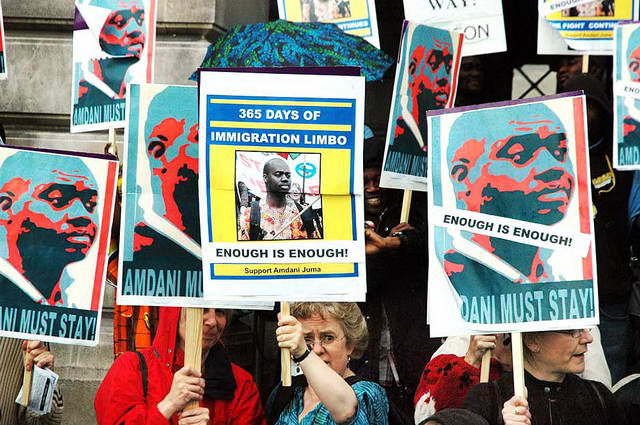 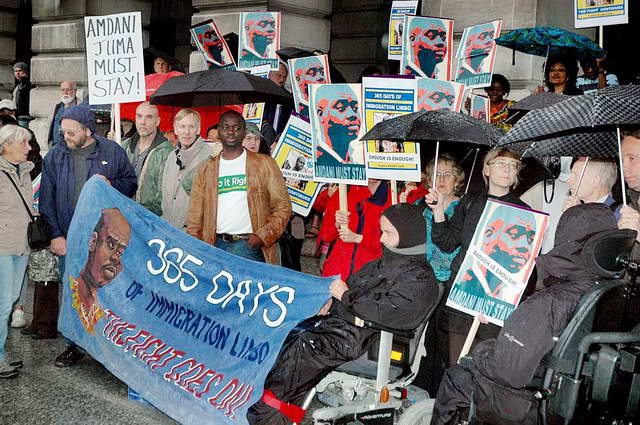 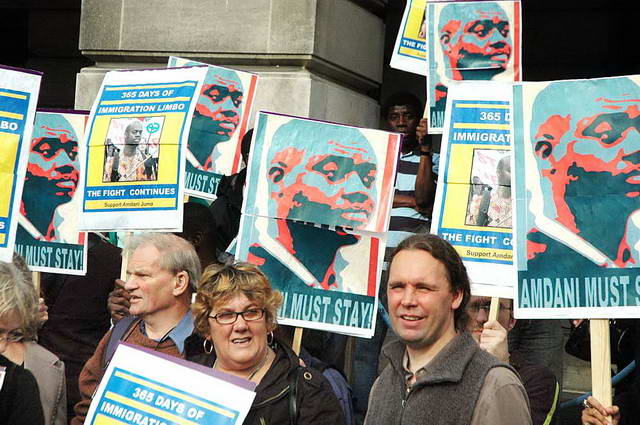 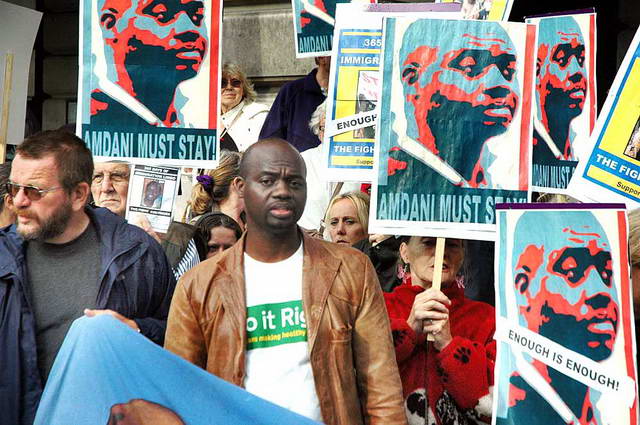 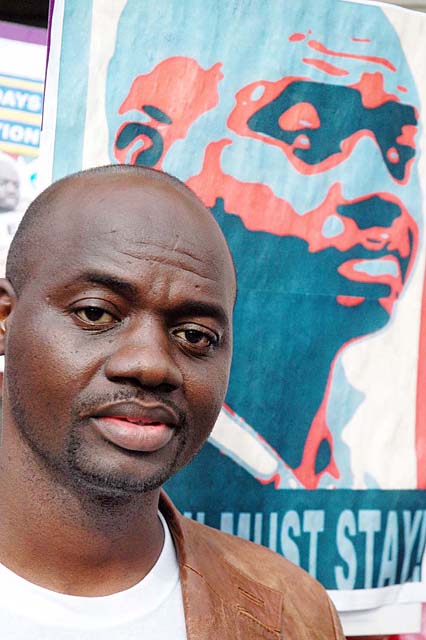 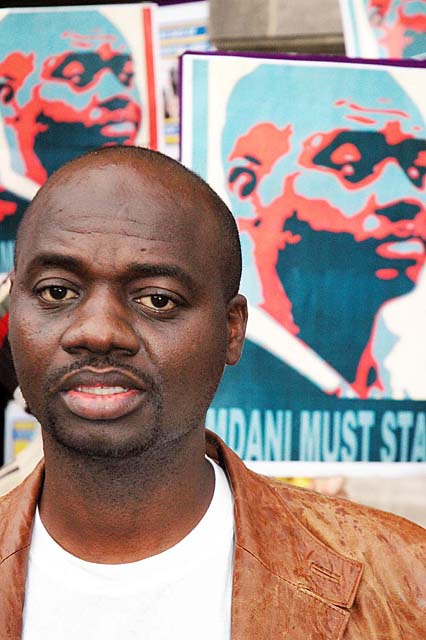 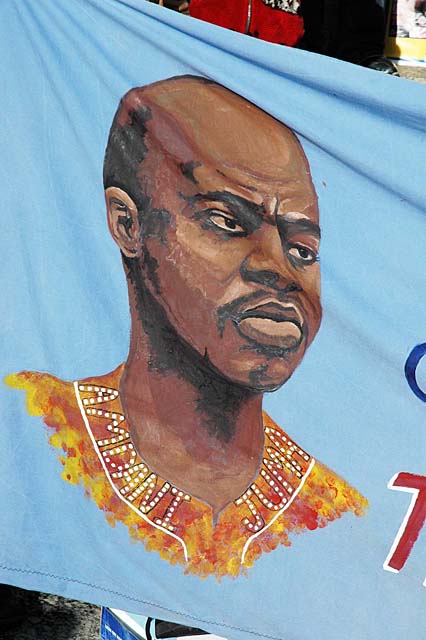 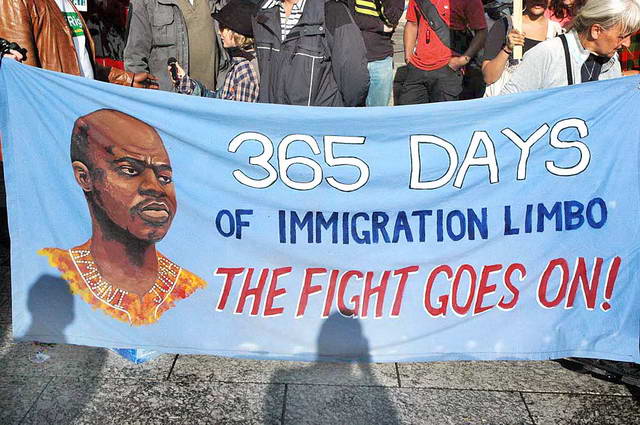 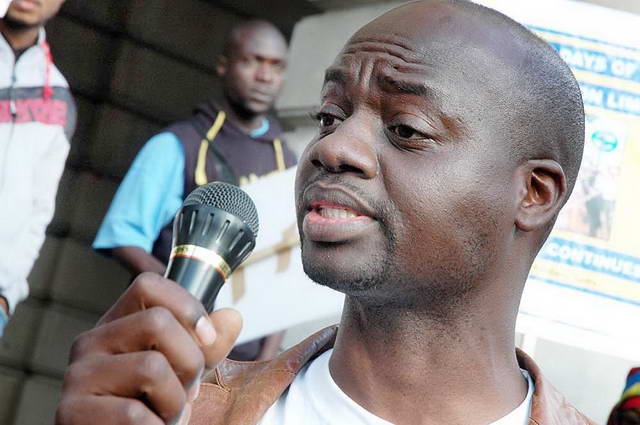 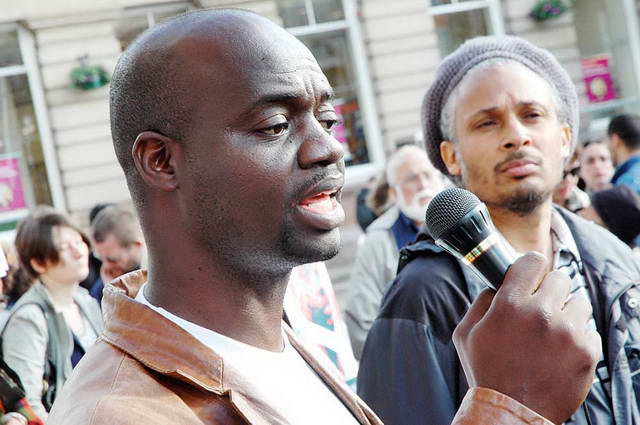 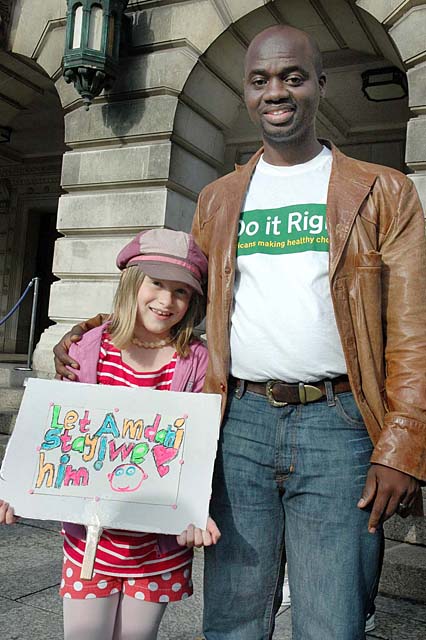 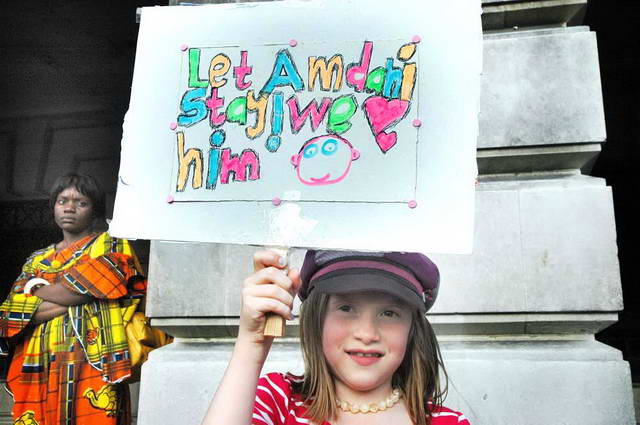 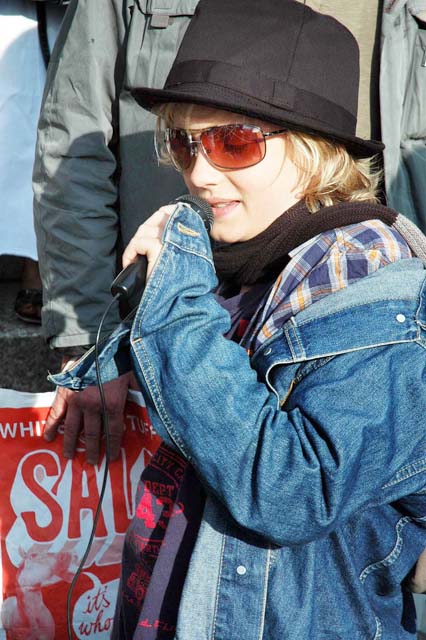 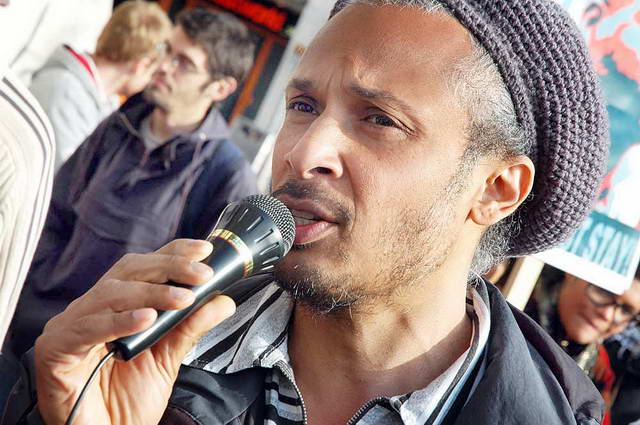 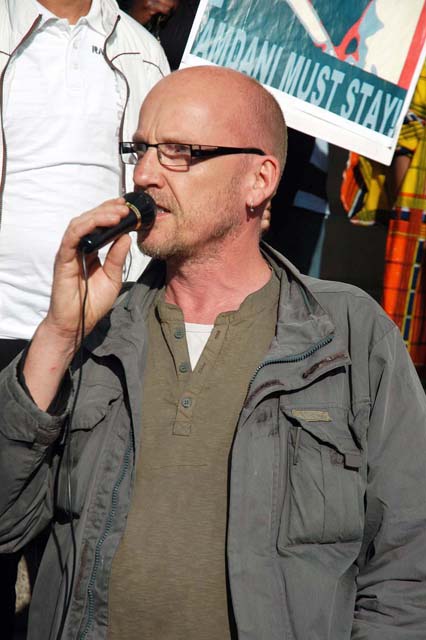 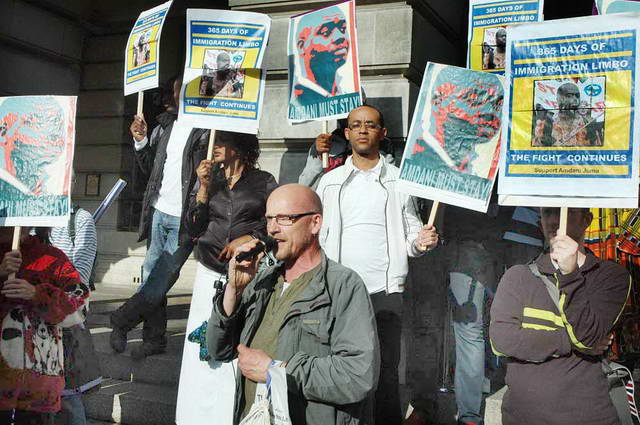 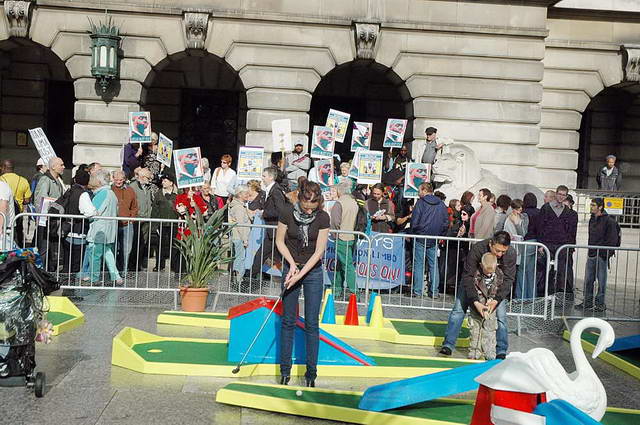 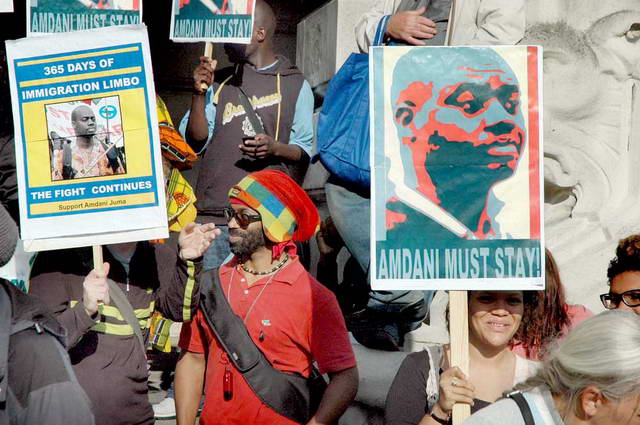 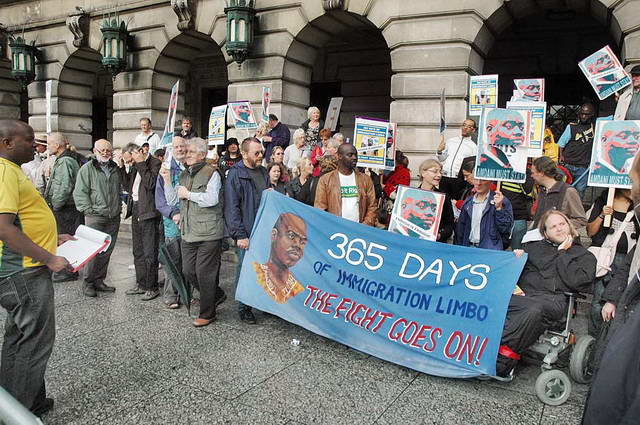 In 2003, Amdani Juma, from Burundi, was given 3 years Humanitarian Protection in the UK. Since then, he has become a well-respected community worker in Nottingham, employed by the Nottingham Refugee Forum and the Terence Higgins Trust. In 2007 he applied to stay indefinitely in the UK - but was refused. In June 2008, he was detained and nearly deported. Only after a huge campaign, was he released pending a ‘Judicial Review’.

Since his detention, Amdani has not been allowed to work, but he has continued both campaigning for refugee and asylum rights, and as an advocate of HIV prevention.

‘I am not aware of any refugee who has made the contribution to the city and its communities comparable to that made by Mr Juma. He is an outstanding asset. Removing him from the UK would leave Nottingham (and beyond) much the poorer. There is no one, particularly within the AIDS / HIV field who could replace the work he does.’

In December 2008, the Home Office gave Amdani permission to marry, saying they would look sympathetically at his application to stay in the UK (because of his legal ‘right to a family life’) if he withdrew his application for the ‘Judicial Review’.

But no decision was made, and Amdani and his family suffered the anxiety of 6 months of ‘immigration limbo’. He recently received a letter refusing his application and threatening to deport him to Burundi. This letter gave no reasons for this refusal – and as such broke the Home Office’s own guidelines.

This is outrageous! Giving Amdani the right to stay here should be a no-brainer! His contribution to Nottingham has been huge. 6000 people signed his e-petition. Over 200 have written letters of support. He is a role model for integration and community cohesion. It would be another injustice for the government to split Amdani up from his wife and child and return him to the hostile environment of Burundi.

Now the Home Office seems to have changed their minds again, saying they will reconsider the case. But can we trust them? Isn't it time that they simply gave Amdani the positive decision we all want for him?

A torture survivor and pro-democracy activist, Amdani escaped death more than once. He has no family in Burundi; his cousin, brother and sister are all permanently resident in the UK or the Netherlands. Human Rights groups and the UN report ongoing human rights abuses and torture in Burundi.

And Meet the Man:

Demo to support Amdani Juma, at risk of deportation - Pics

From weapons to wars to refugees [Feature] 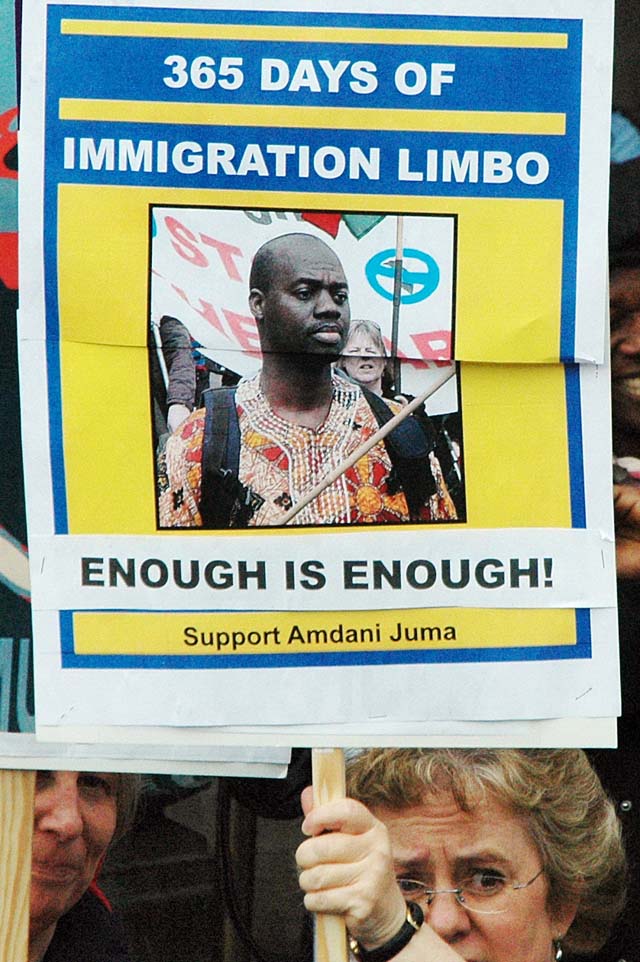 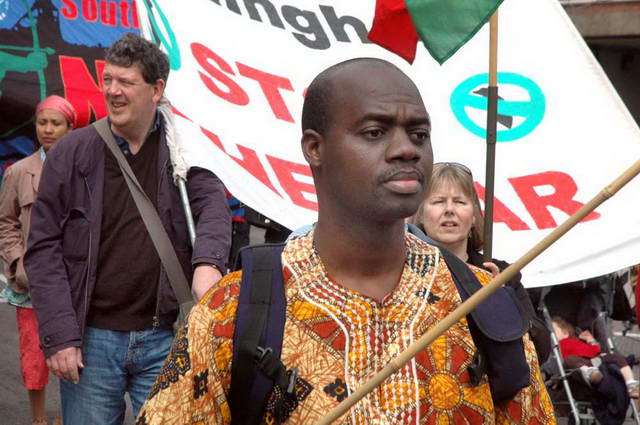 Demo banner. this is from the Nottingham Mayday Parade 2008