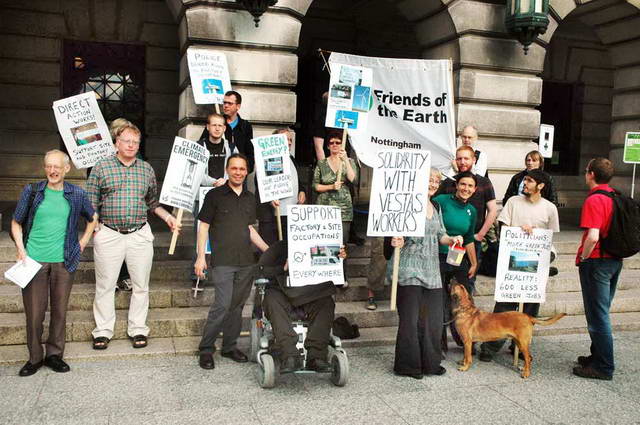 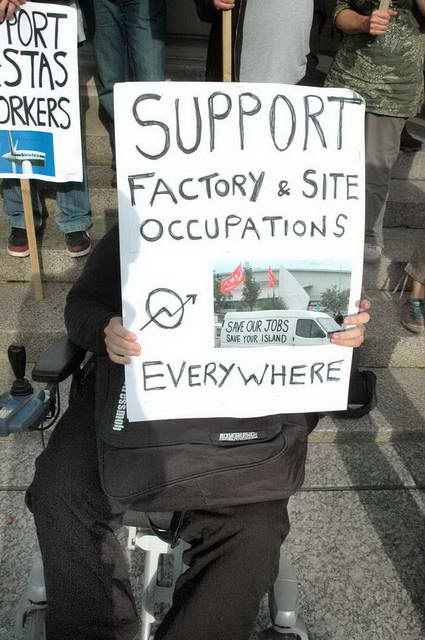 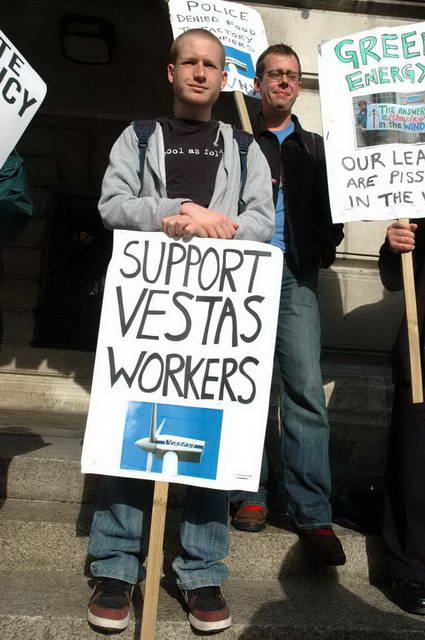 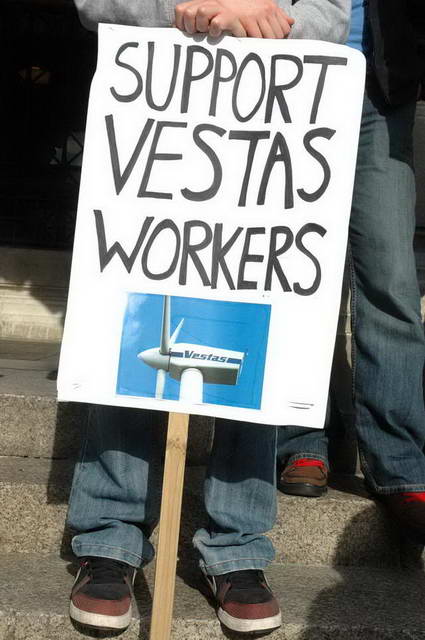 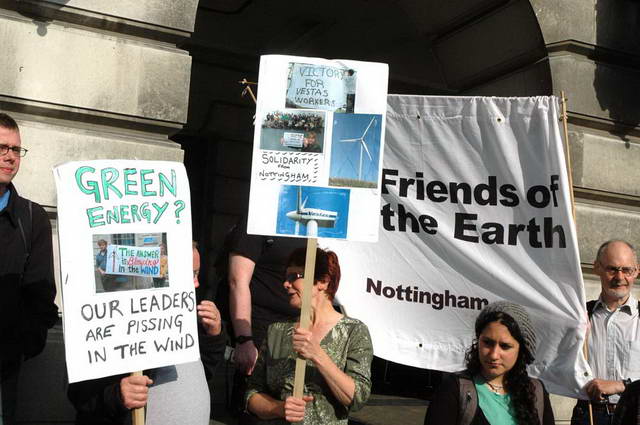 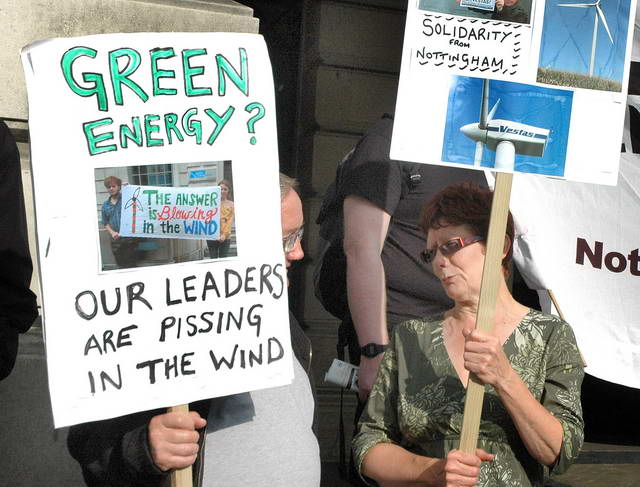 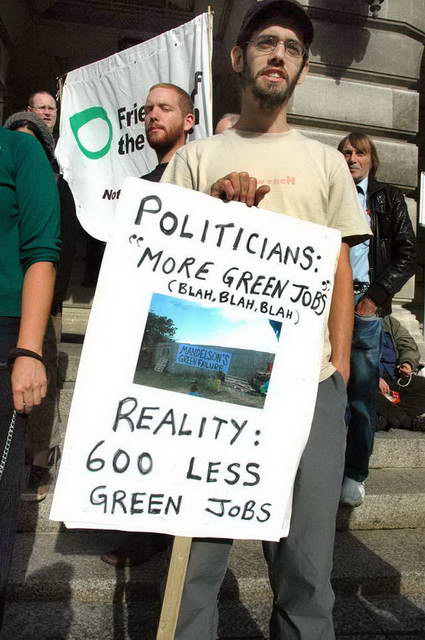 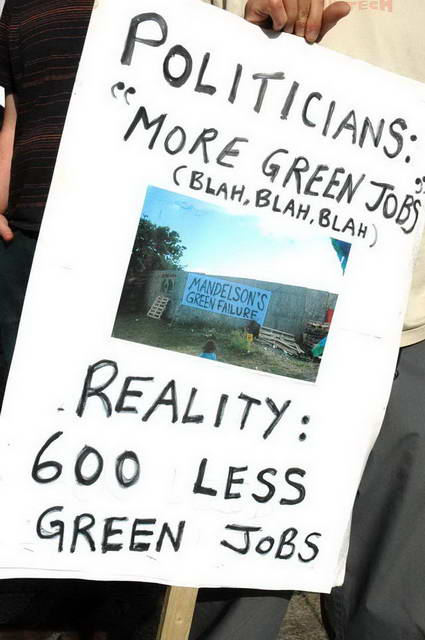 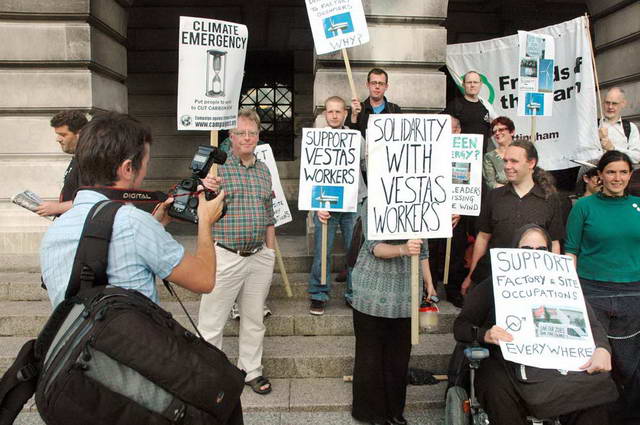 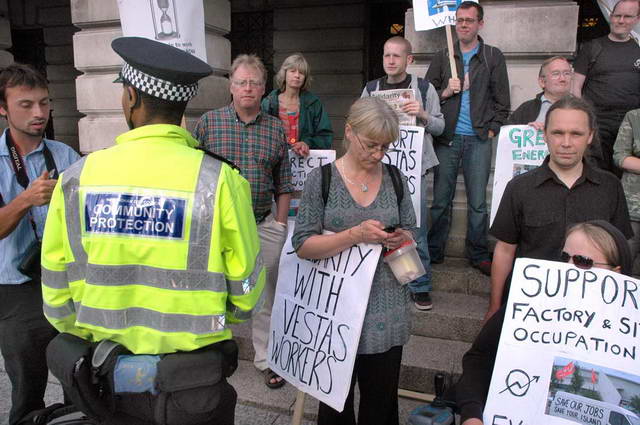 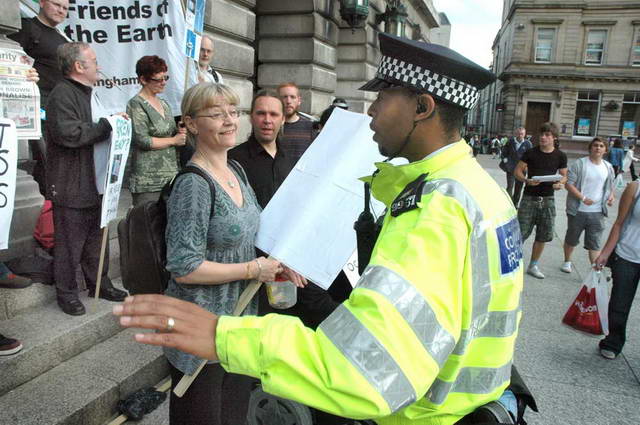 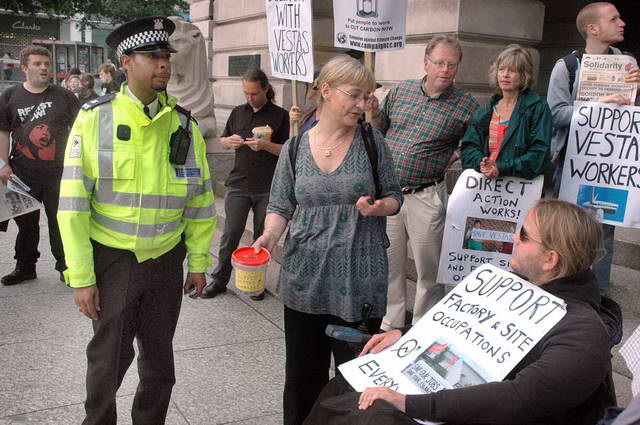 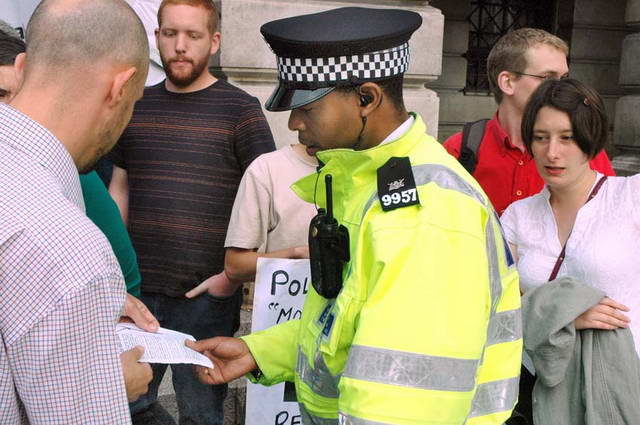 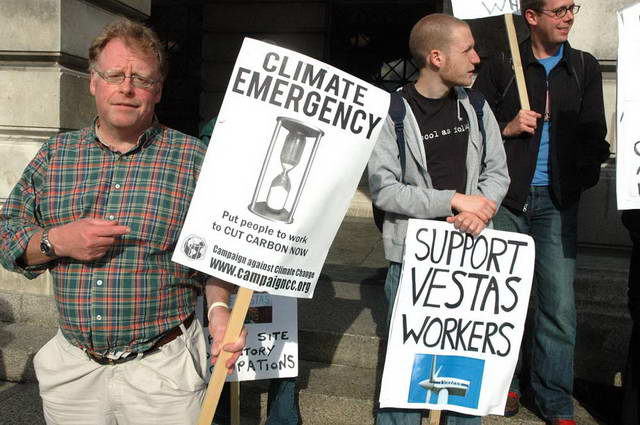 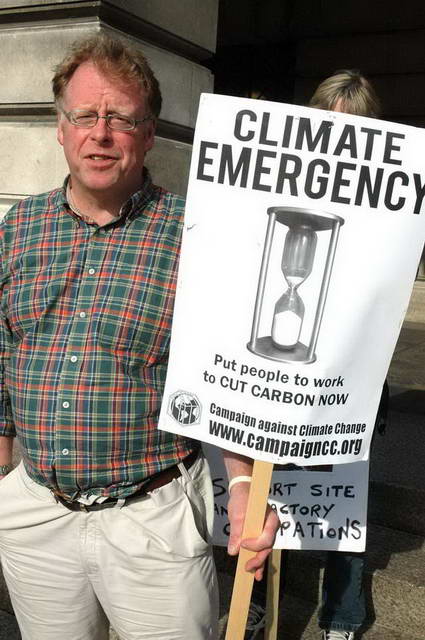 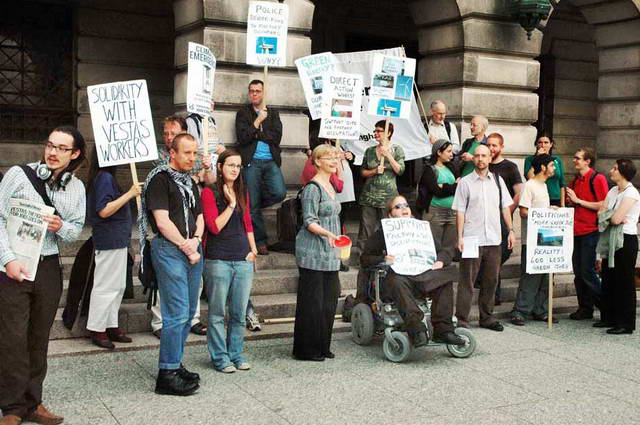 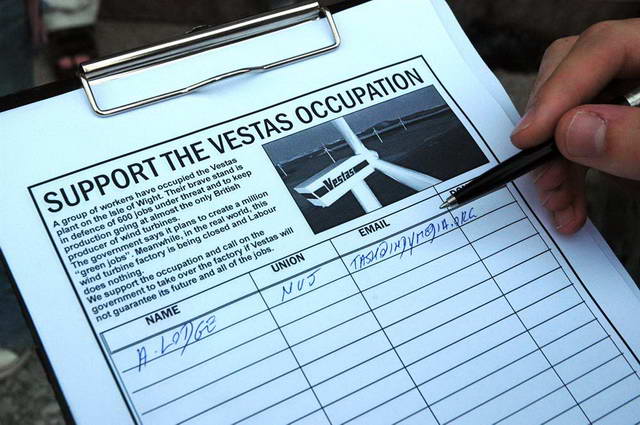 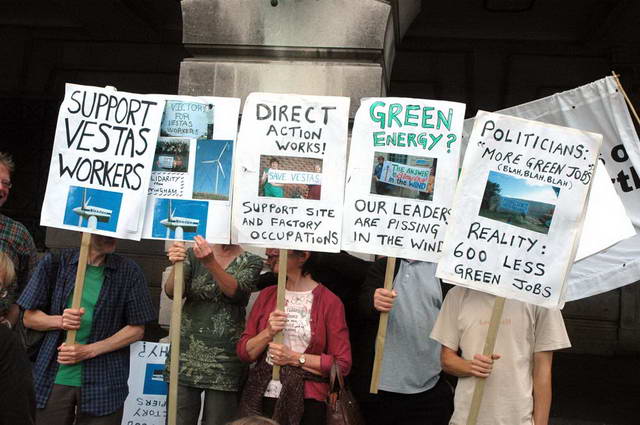 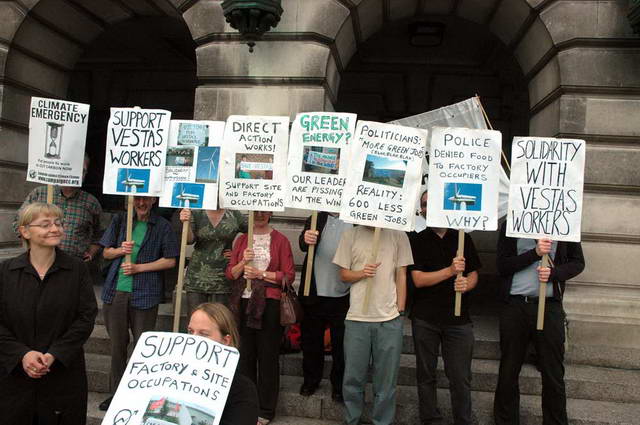 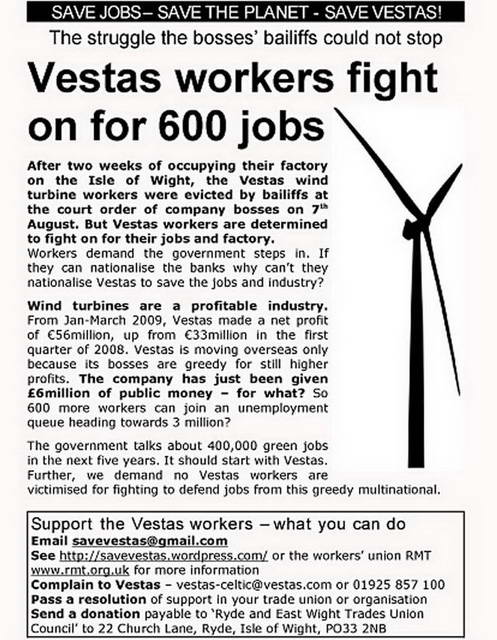 As the workers continue to suffer the fallout of a recession not of their making and as the unsustainable ecological destruction of the planet continues apace, supporters applaud those who are willing to resist the swinging cuts that we are all expected to accept.

The Vestas worker’s may have been evicted from their factory occupation. However, the fight to keep the factories open, to save jobs, to win a better redundancy deal and the needs to highlight the massive damage to the planet we continue to cause.

Many joined the Market Square as part of a Nottinghams contribution to the nationwide show of solidarity with the Support Vestas Workers' day of Action. Some of Nottingham's activists are currently on the Isle of Wight.

FACTORY UNDER OCCUPATION: Save 600 jobs at Vestas!

Vestas Cowes rooftop occupiers: "Save the environment, scuttle a NIMBY"

Banner drop on IoW during day of action

Info on all the solidarity demos: