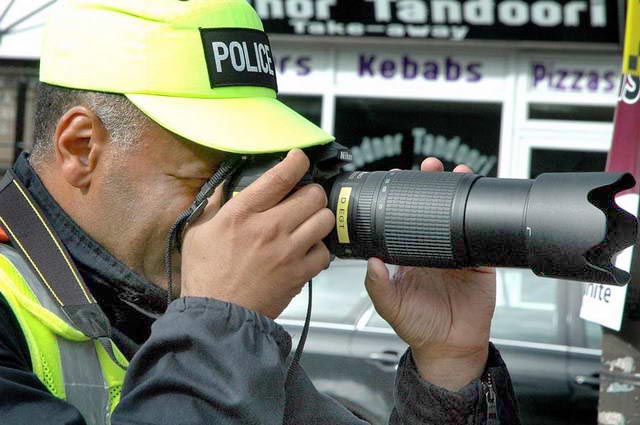 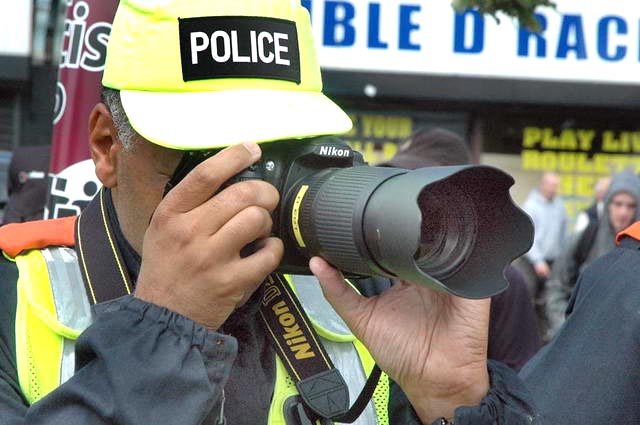 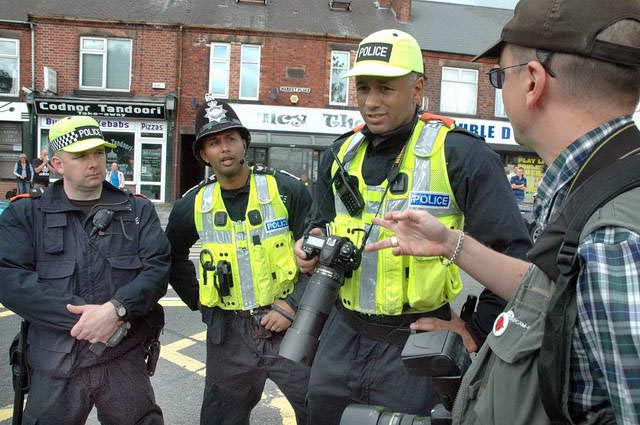 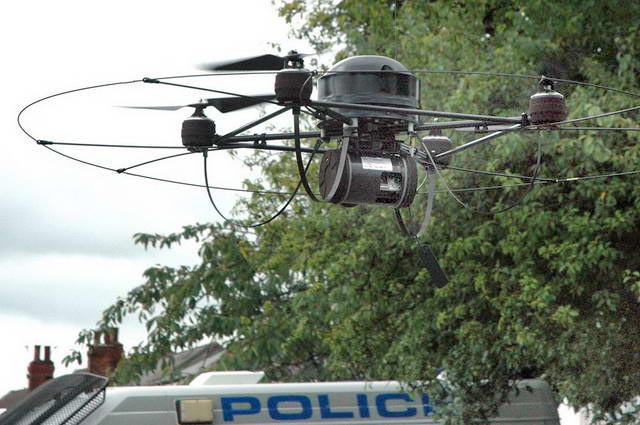 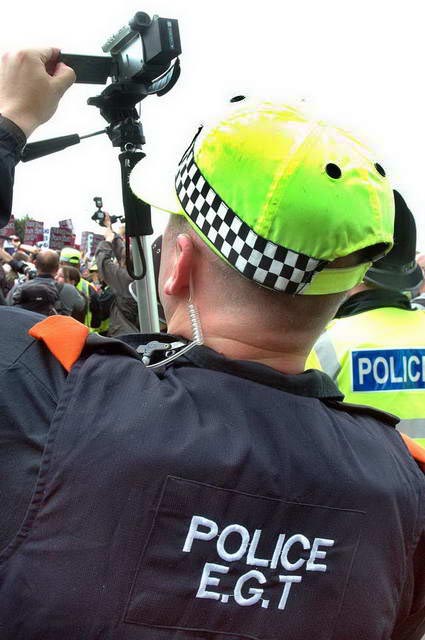 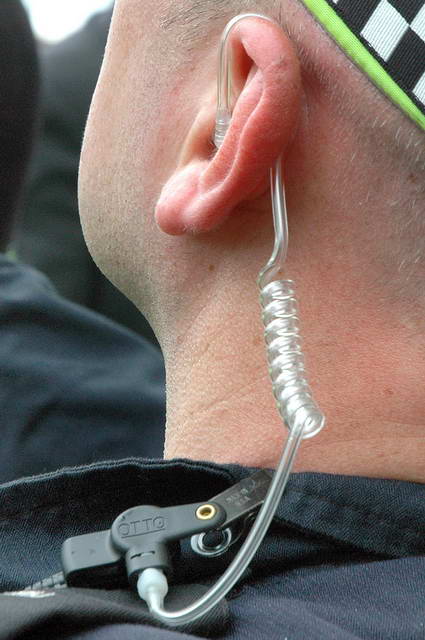 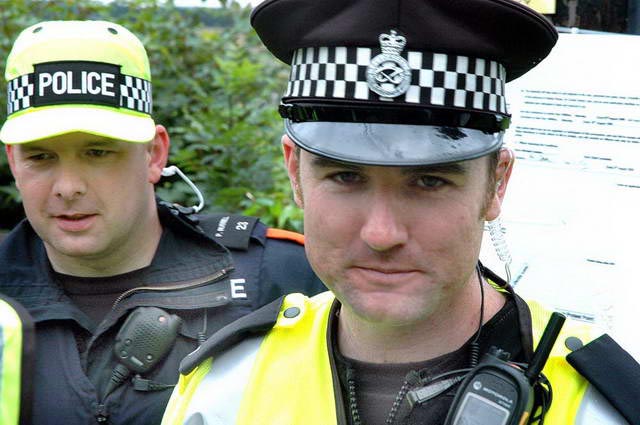 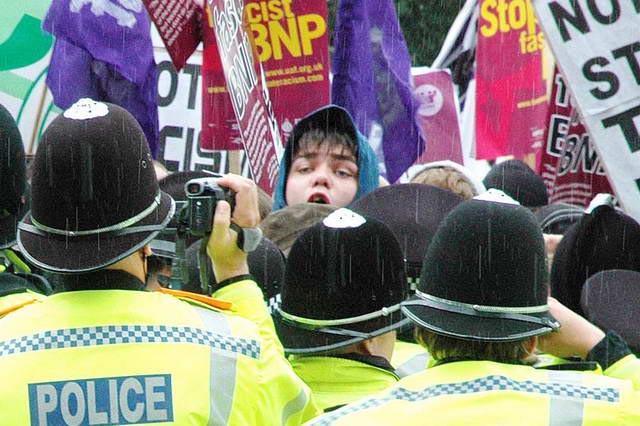 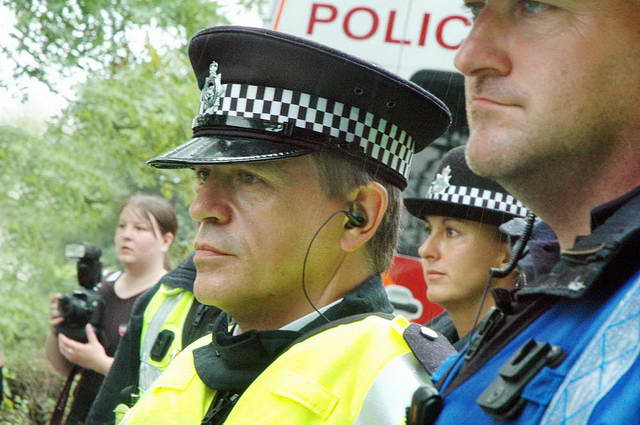 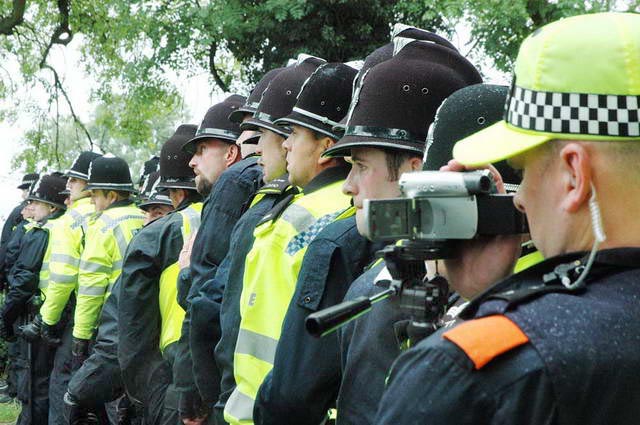 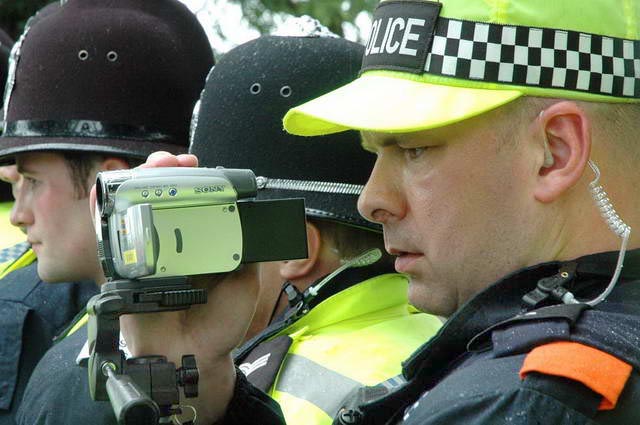 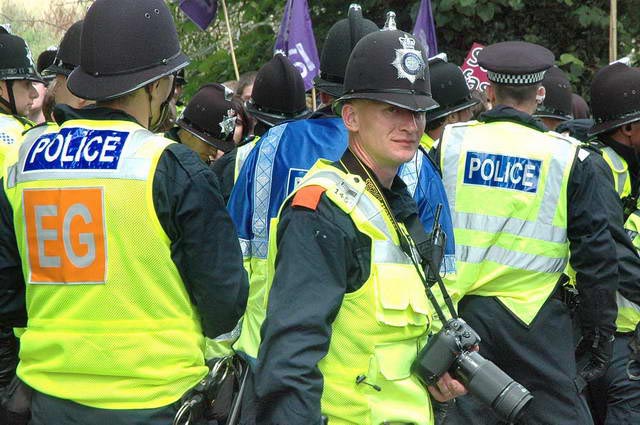 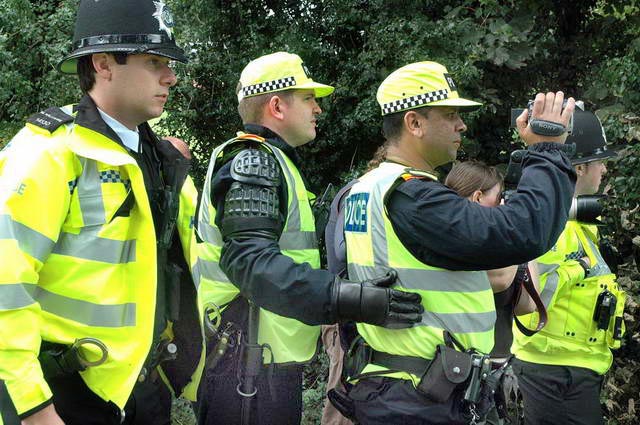 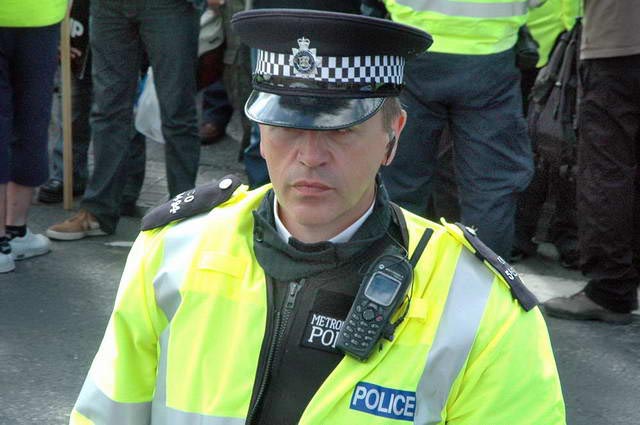 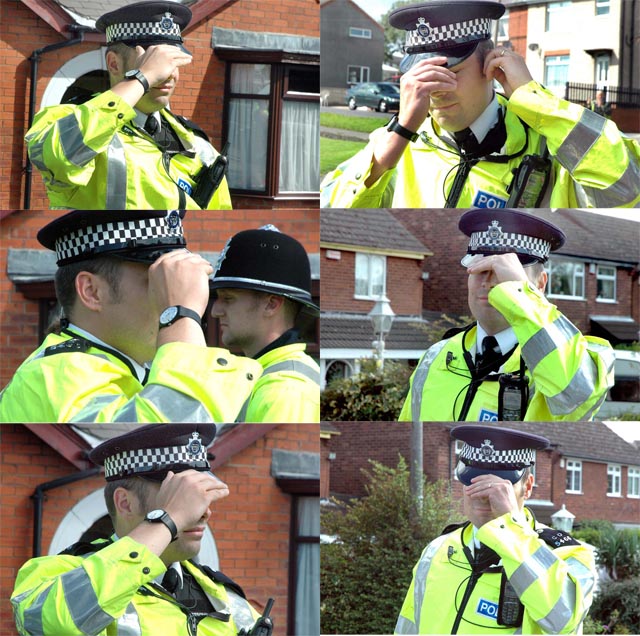 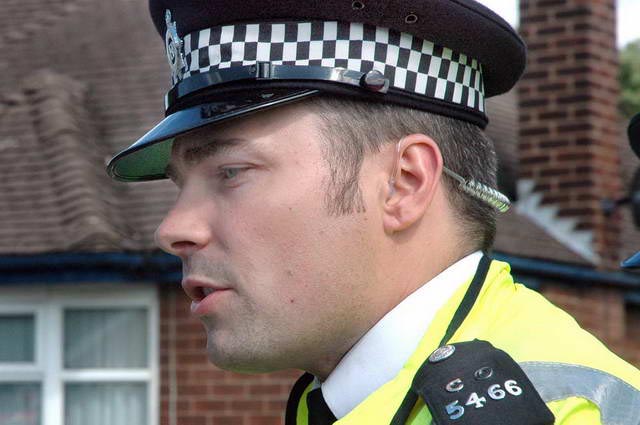 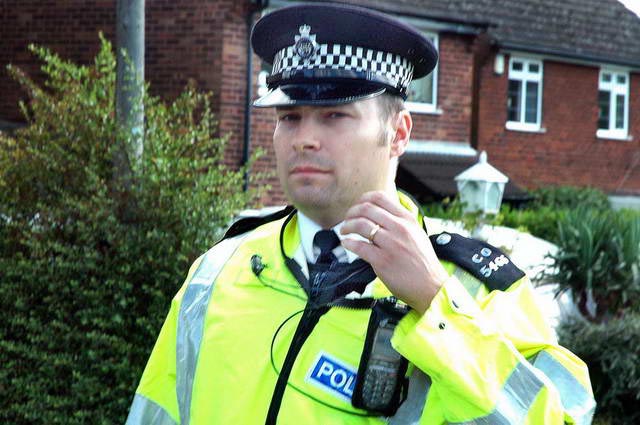 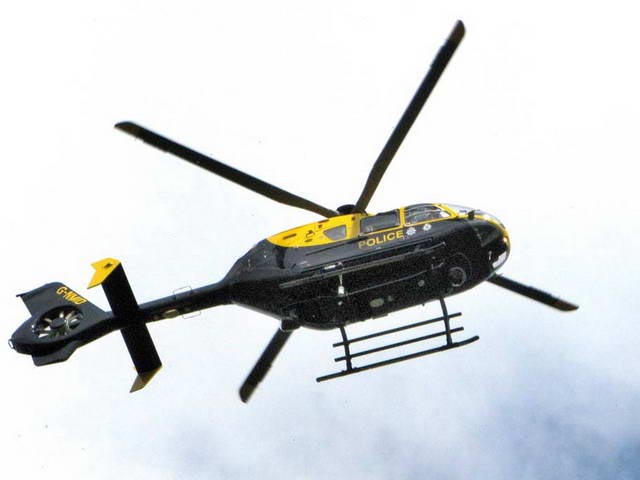 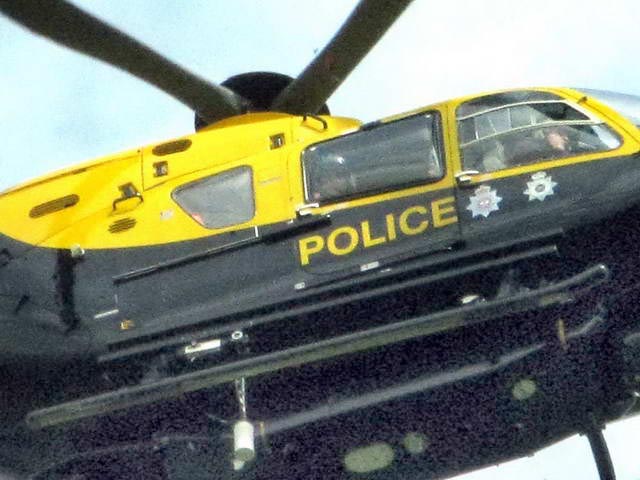 Most deployed were local 'Evidence Gathering' EG police from Nottinghamshire and Derbyshire. These have always had a wide blunderbuss approach to photography, photographing anything that moves, without being entirely sure why.

The other species present there were the lesser spotted FIT. These are a lot more targeted outfit with the idea of following / watching and generally being 'in-your-face' style of work.

In the past, FIT officers, primarily based within the operations of CO11 Public Order Branch of the Metropolitan Police, were to have been seen around the country sporting their blue / yellow tabards.

With the climate created by outfits like FITwatch, and much more resistance from their subjects ... they have seamed to me to be making an effort to 'blend in' much more. They appear to be far less forward in fact. But, believe me, they are still there, providing and gleening info. Advising the local police and generally being about.

Some of the usual suspects seen there were PC Ian Skivens CO5494 [Commissioners Office], Paul Mather PC 4551 from Staffordshire. I saw another one there who, I'm told is notoriously shy. PC CO5466 Cowlin. You see from some of the pictures above, that he had an undue amount of trouble with his hat. It seemed to forever need adjusting, just as I was taking his picture. Perhaps a size bigger from stores might have helped. But I managed anyway, thanks.

So much for having to show ID numbers, if proof was needed that the G20 police statements were just the normal bull****...

... but then again, how could you fail to spot Ian Skivens in amongst that crowd.

What on earth is that in the 4th picture down?

Does anyone know the name or any other info on him? He used to be in the London TSG but is now a full time FIT scumbag. A number of people have noticed that along with a colleague from Surrey filth he attends EVERY antifascist mobilisation on mainland britain and is VERY friendly with the fash while openly hostile to the opposition. He also hates having his picture taken as the snaps above show.

why do the filth spend so much time watching us when even they know the enemy is the fascist bnp. makes me sick