They included Dave and Nina Brown from Nottinghamshire, who were taking time out from campaigning for a Broxtowe District Council by-election on 24 September, where Mr Brown was the BNP candidate. 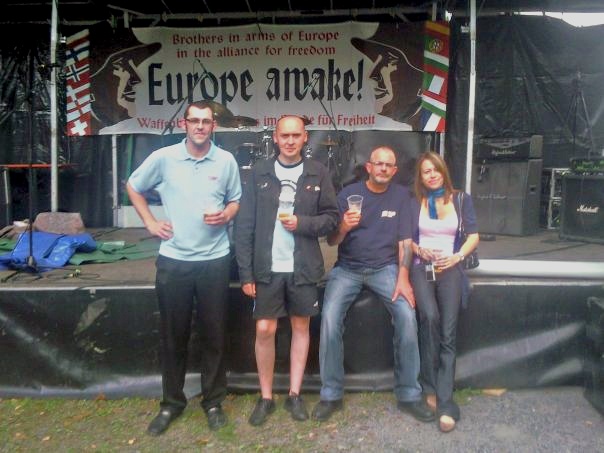 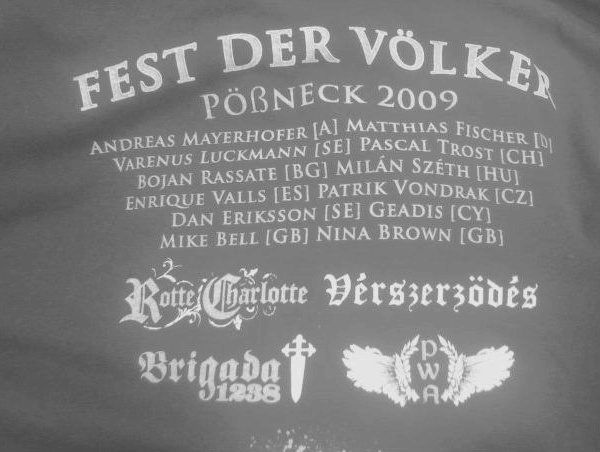 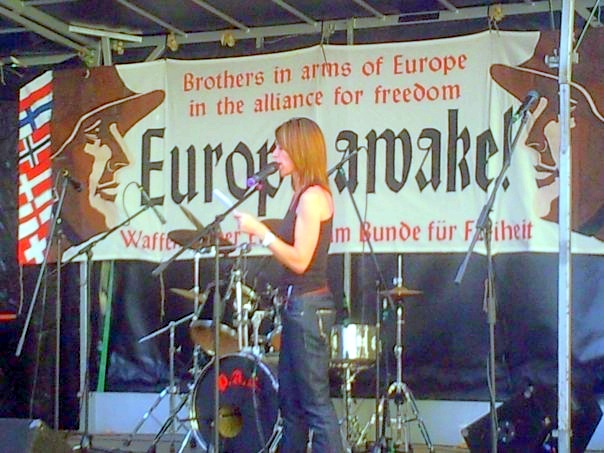 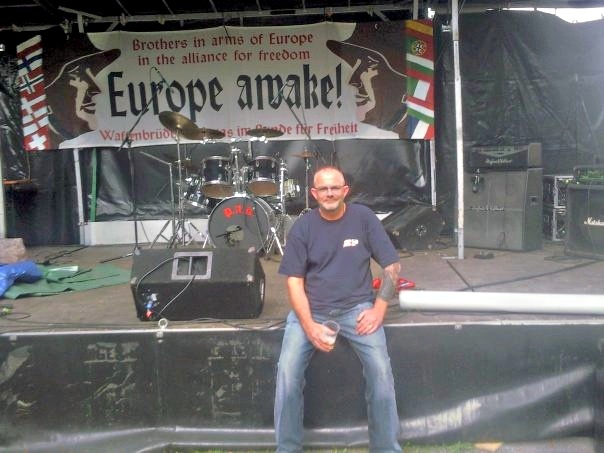 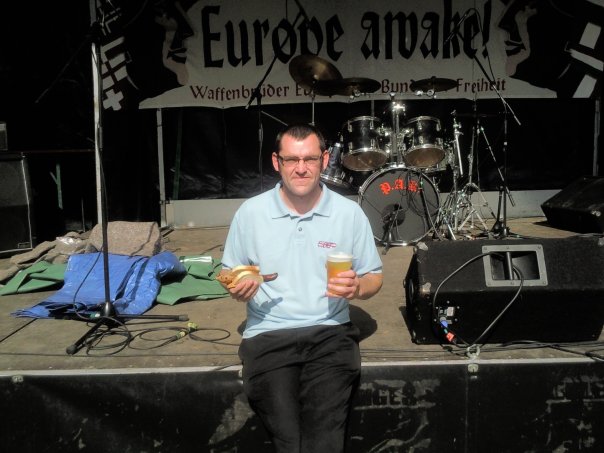 Their presence at the NPD event on 12 September proves once again that the BNP’s rejection of nazism is only skin deep.

Leading racist extremists from across Europe spoke alongside Bell and Mrs Brown at the far-right rock festival, the fourth the NPD has organised. They included Dan Eriksson and Varenus Luckmann from Sweden, Andreas Mayerhofer from Austria, Matthias Fischer from Germany, Bojan Rasate from Bulgaria, Pascal Trost from Switzerland, Milán Széth from Hungary and Patrik Vondral from the Czech Republic.


Behind them on the platform was a banner depicting two steel-helmeted soldiers of the German army and bearing the clapped-out fascist slogan “Europe Awake!”. In front of them was a mob of around 500 nazi boneheads, misfits and sociopaths.

Four BNP activists are known to have attended, two of whom were featured speakers.

Nina Brown is the organiser of Broxtowe BNP and a Brinsley parish councillor. Though now loyal to Nick Griffin, the BNP leader, she was one of the original “Voice of Change” rebels in December 2007, led by Sadie Graham, at that time her best friend.

It was Brown who let Griffin’s security team into Graham’s house to remove the disputed computer equipment. She immediately resigned as Broxtowe organiser and East Midlands regional secretary when it became apparent that she had been duped by Martin Reynolds and his security team.

Brown wrote a statement of resignation on the rebels’ Enough is Enough website. However, following the collapse of the attempted coup d’état she quickly fell back into the fold and is now very much “on message”.

Husband of Nina and also a Brinsley parish councillor, Dave Brown was the BNP candidate for the Broxtowe District Council by-election in Toton and Chilwell Meadows ward on 24 September, caused by the resignation due to ill health of the Conservative councillor Wilfred Childs.

Brown, a plumber, was also one of the “Voice of Change” rebels, but like his wife quickly got back in line when the whole charade fell apart.

Both he and his wife are thought to be close to the neo-nazi musician Steve “Stigger” Callendine, formerly a member of the notorious white supremacist band Skrewdriver.

Originally from the Merseyside area Mike Bell now lives in the Northfield area of Birmingham and is the BNP’s West Midlands regional secretary. Until recently he was the organiser of the BNP’s South Birmingham branch, which he claims can hold meetings of over 200 people.

Bell has the status of a minor celebrity in the party as he recently managed to ask a question from the audience on the BBC’s Question Time.

His presence on the platform of a nazi rally in Germany might come as a shock to those who have encountered him selling poppies on behalf of the British Legion and laying wreaths to commemorate those who fell fighting the Nazis on Remembrance Day.

Bell attended the Fest der Völker with another unidentified BNP activist from the Birmingham area.

Mike Bell has lost the plot