On Thursday 5th November, several hundred workers at Nottinghamshire County Council held a protest against proposed job cuts and attacks on their terms and conditions. 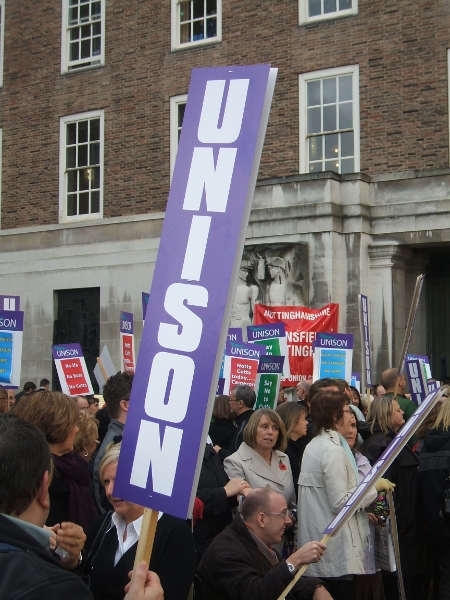 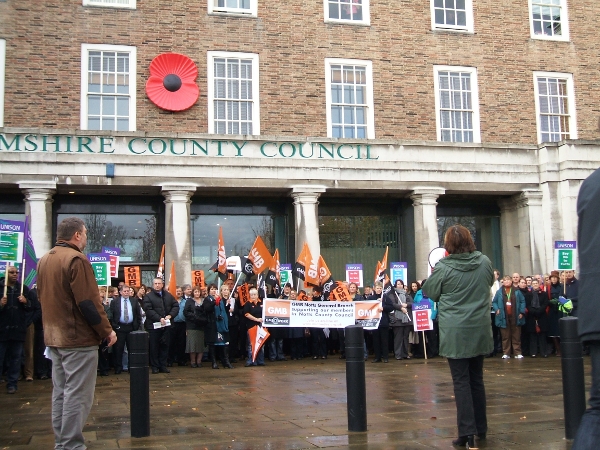 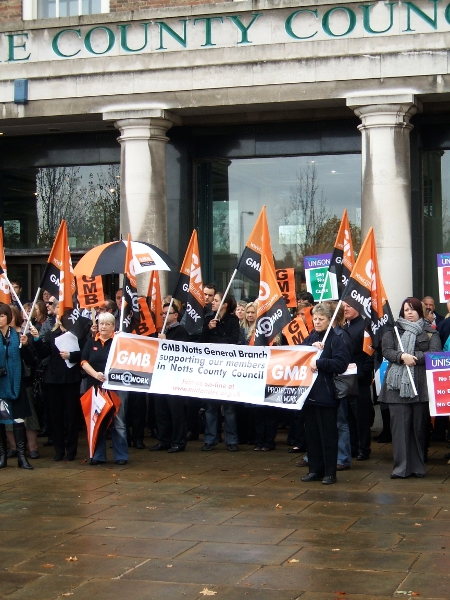 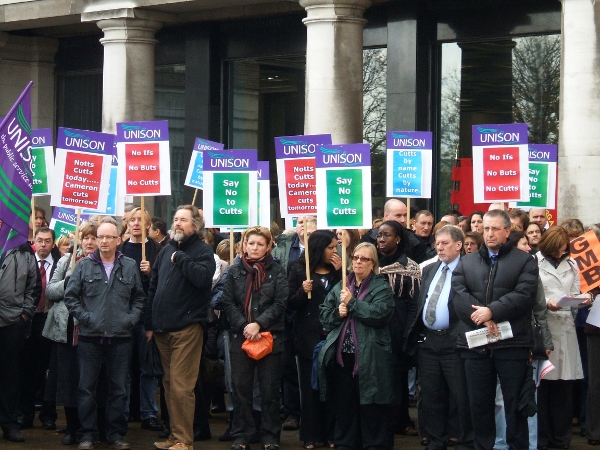 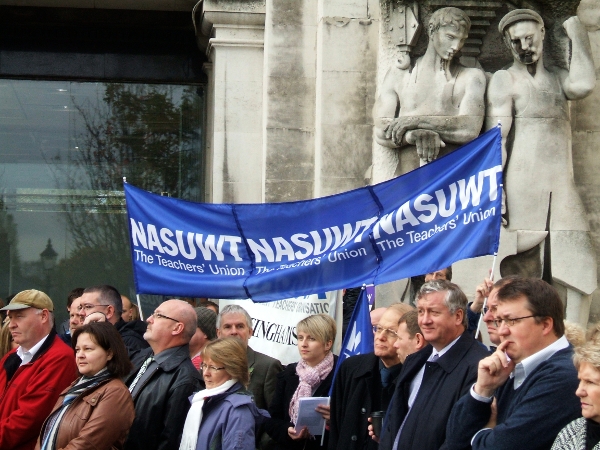 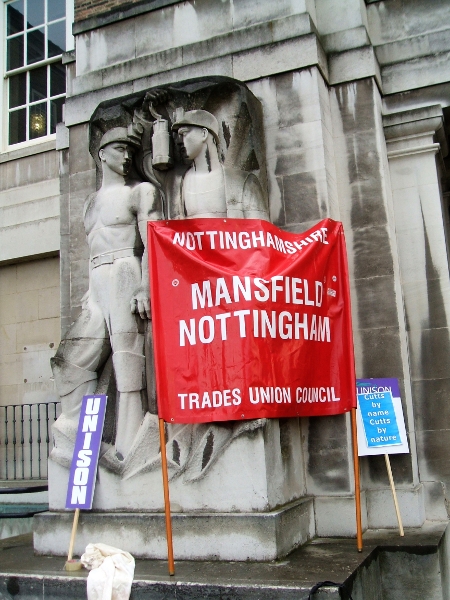 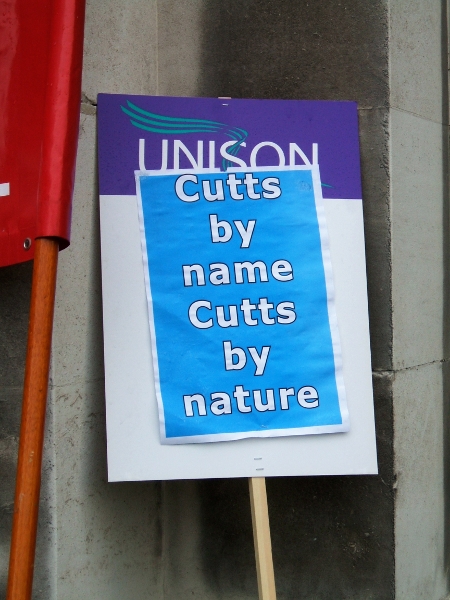 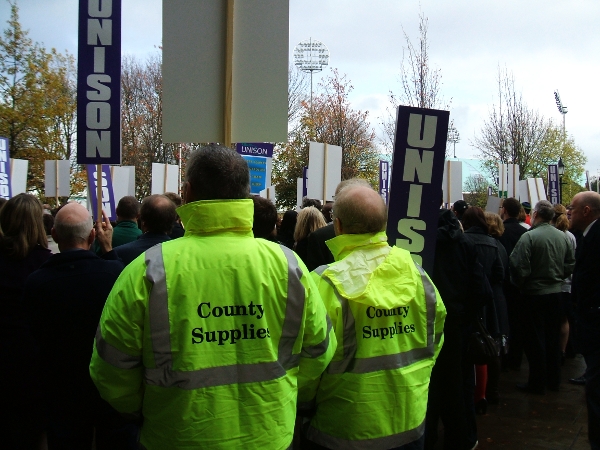 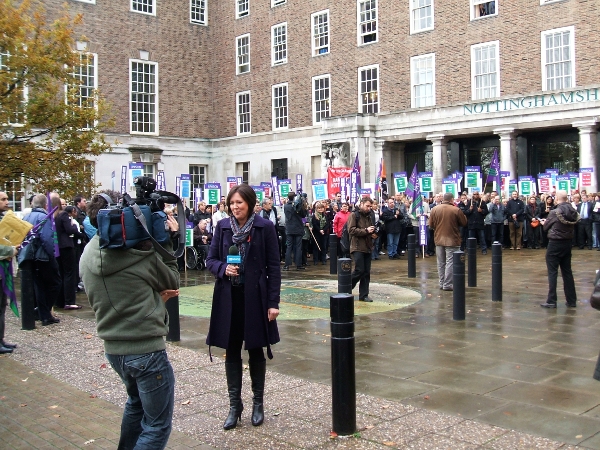 The rally was held outside County Hall, West Bridgford, but concerned staff had travelled from as far afield as Bassetlaw in the far north of the country.

The protest was called by Unison in response to the council’s announcement that it was to change staff’s terms and conditions. Among these changes were a reduction in redundancy pay and an end the essential car user allowance, the latter particularly angering peripatetic social workers.

The importance of the protest was underlined by the council’s budget report which was leaked to the Evening Post. This recommends the selling off of all council owned care homes, the termination of a list service for disabled people and an increase in meal prices for the elderly, to say nothing of the loss of some 475 jobs.

The anger was palpable and when Chief Executive Mick Burrows attempted to put the council’s case – that economic conditions, combined with the new Tory regime’s commitment not to raise council tax made cuts inevitable - he was booed and heckled.

The Tory leader of the council Kay Cutts was invited to speak, but was apparently recommended not to do so, because of her position on the council’s Disputes Committee. In fact Tory councillors were notable by their absence, particularly compared to their Labour and LibDem counterparts who seemed to be going out of their way to show their faces and demonstrate their no doubt heartfelt opposition to the Tory plans.

It was revealed that a poll of Unison members had recorded more than 87% support for some kind of industrial action. However, as this poll had included options for both strike action and action short of striking, it is not clear exactly what this will translate into.

The council may well be relying on the unions limited ability to mobilise its members and its enthusiasm for compromise. Not without good reason. Both locally and nationally, Unison - by far and away the largest of the unions in local government - has shown itself unprepared to really challenge the bosses.

When the county council underwent job evaluation two years ago, as many as a quarter of its staff found themselves worse off (some substantially), but despite considerable anger from members, Unison went along with the deal, the other recognised unions following their lead. During last year’s national dispute over pay, Unison, along with Unite, rejected the 2.45% offer (which the GMB accepted), but after a perfunctory two-day strike settled for 2.48%, a difference so trivial as to leave most striking workers worse off than they would have been had they gone into work. This year, the unions recommended and received assent for the derisory 1% pay offer.

The pattern is obvious. It is to be hoped that it can be broken.

With the new Tory regime keen to stamp its authority before a general election sometime next year this will be an uphill fight for unions and their members. Thursday’s rally is a promising start, but it is only that and it is to be hoped that union officials don’t conspire to screw up this struggle.

With a Tory government next year almost inevitable, this may be the first battle in a long war. Falling at the first hurdle would not be a good start.