Shut Down H&K Goes to Church

In an industrial estate in Nottingham, an anonymous warehouse serves as an international sales office and distribution depot for Heckler & Koch, a major small arms company, whose assault rifles and submachine guns are sold around the world. Next door to H&K is an evangelical church called Trent Vineyard, whose support local anti-arms activists are seeking in their campaign to close down the arms company. Shut Down H&K’s messages to the church leadership have gone unanswered, so campaign supporters decided to take their message to the regular churchgoers... 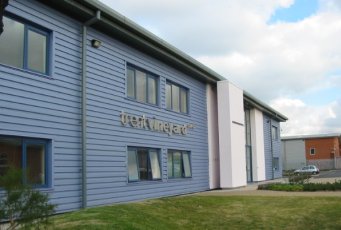 On 13th December, three supporters of the Shut Down H&K campaign took flyers to offer to people arriving for the Sunday morning service at Trent Vineyard. A fortnight before the birthday of the Prince of Peace, there would clearly be common ground with the congregation of this community-based church.

This visit had been discussed at an open meeting at the Sumac Centre but had not been minuted or discussed over e-mail or telephone. As the campaigners approached, a policeman happened to be standing at the entrance to Easter Park, the privately owned industrial park that is home to both church and arms company. Having said his “morning alls” the policeman left, glancing at the registration of the campaigners’ van parked down a side road. The campaigners wondered if this was low-key evidence-gathering or just pure coincidence.

The campaigners began leafleting at the entrance to the church itself. The early arrivals were generally pleased to accept leaflets and surprised to hear that the world's 2nd largest manufacturer of assault rifles and submachine guns was right next door. It was clearly not common knowledge amongst the congregation.

After about 10 minutes a representative of the church came to speak to the campaigners. She said that although she wasn’t unsympathetic to the cause, the campaigners should not be on church property. Handing out leaflets at the door might give churchgoers the impression that they were endorsed by the church when they were not.

Another church staffer then came out and took over the discussion. He said that campaigners had already been told (on a similar leafleting mission in January) that the church does not want leafleting on its property, and that their return demonstrated that either the campaign was untrustworthy or that its supporters were uncoordinated “loose cannons”.

He continued that while the church would be pleased to see H&K gone, it could not be seen to endorse the campaign as this could violate the church’s tenancy agreement (with car insurance company LV=) and could lead to losing its premises. His comments gave campaigners the impression that this issue has also been discussed by the other tenants of Easter Park.

He said that the church’s researcher had checked and found inaccuracies with the campaign literature, causing them to question the validity of the leaflets; another reason for not wishing to be associated with them or the campaign. The “inaccuracies” in question were not discussed, but the campaign will be writing to the church to seek clarification.

Whilst the conversation was civil, the church staffer suggested that the campaigners were “hijacking their congregation” and “hijacking his time,” which should have been spent with Sabbath arrangements and engaging with the congregation. A Sunday service was not the time and place for this kind of activity, he said.

The campaign regrets the lack of trust between itself and the leadership of the Trent Vineyard church. However, the campaign believes that the congregation of the church has a right to know that the church is next-door to a controversial arms company with an indisputable history of supplying guns that have fuelled conflict around the world.

Shut Down H&K strives for accuracy in all of its claims, relying only on authoritative sources and cross-checking its research with arms trade experts in the UK and Germany.

Although Trent Vineyard did not respond to Shut Down H&K’s requests for a meeting, the campaign has been told by a churchgoer that Vineyard leadership has been in conversation with Heckler & Koch. The campaign urges the church not to accept assurances from the arms company on face value, and remains willing to meet with church representatives at any time. 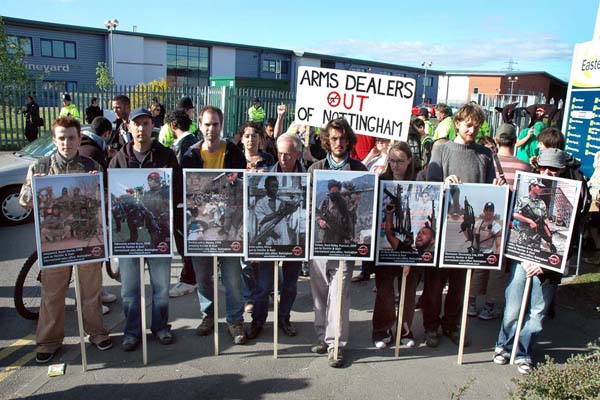 Shut Down H&K demo, May 2009, with Trent Vineyard and H&K in the background 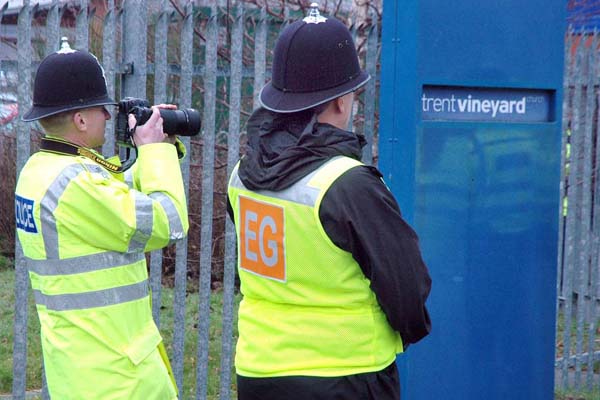 The campaign's response to the church's claim of "inaccuracies"

The leaflet in question - application/pdf 258K 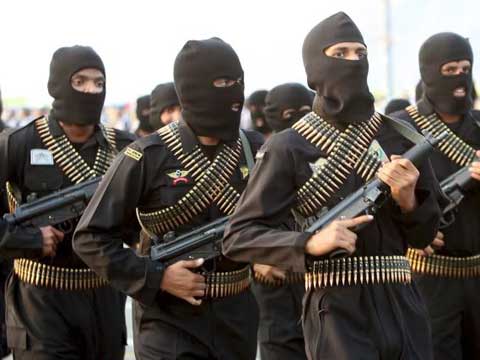 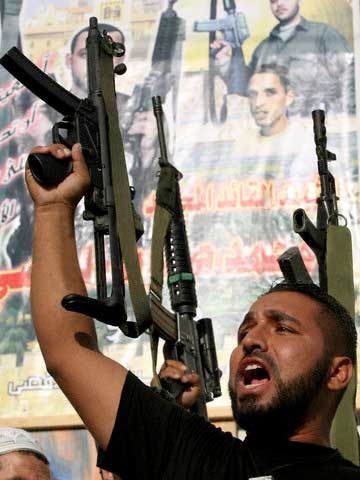 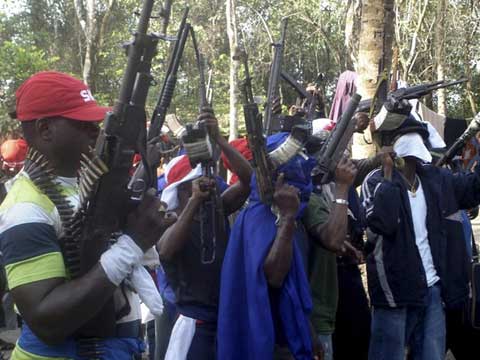 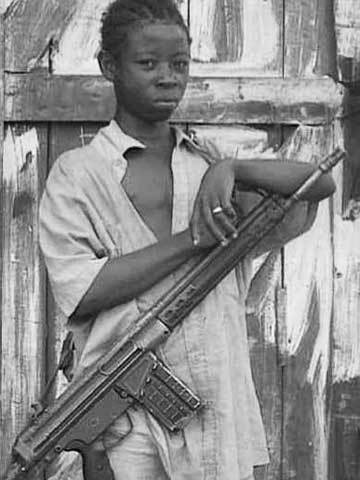 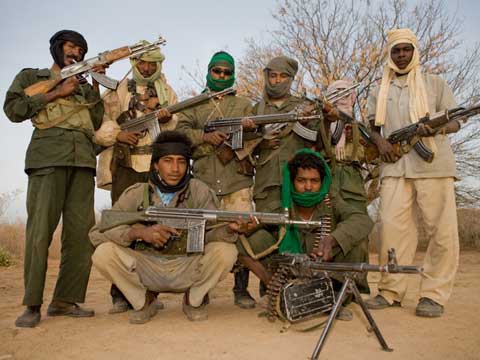 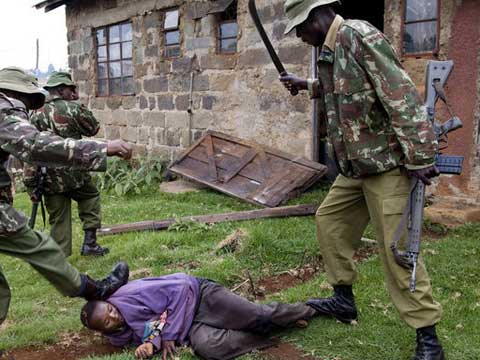 a Kenyan policeman with a G3 rifle beating an unarmed man

I am writing on behalf of Shut Down H&K – the campaign against Heckler & Koch, the arms company whose warehouse is next to Trent Vineyard at Unit 3, Easter Park.

On December 13th, three supporters of the campaign took some leaflets to inform churchgoers about the arms company. A member of church staff spoke to the leafleters and told them that the church’s HR/researcher had found inaccuracies the campaign’s literature. The inaccuracies in question were not discussed but the church representative said that you would be happy to be contacted regarding the specifics.

The campaign against H&K strives for accuracy in all of its claims, relying only on authoritative sources and cross-checking its research with arms trade experts in the UK and Germany. If you have found any inaccuracies in our claims, we would very much appreciate you pointing them out to us so that we can correct them immediately.

I appreciate that you are probably busy with church business, and that this may not be a priority for you. For easy reference I have attached a PDF of the leaflet that was handed out at Trent Vineyard in February and December of this year. I hope that it will help you if I run through the claims that the leaflet makes about H&K, and explain briefly our sources for each one.

• Heckler & Koch is the world’s 2nd-largest manufacturer of handguns, assault rifles, submachine guns, machine guns and grenade launchers.
This is according to the FAQ on the website of the Small Arms Survey, a respected and authoritative research project based in Switzerland that serves as “the principal international source of public information on all aspects of small arms”. H&K’s rank may vary according to how it is calculated, but it is certain that H&K is one of the world’s top small arms brands.

• Millions of H&K weapons are in use in over 90 countries worldwide.
According to Jürgen Grässlin, Germany’s foremost anti-arms-trade campaigner, there are currently around 10 million G3 rifles in circulation, which were made by H&K and its numerous licensees. The Small Arms Survey’s 2001 report states that H&K weapons are used in over 90 countries worldwide [p. 20].

• Heckler & Koch weapons have come to be used by repressive regimes, terrorists, armed gangs and child soldiers around the world.
The Shut Down H&K campaign can provide many examples to back up this claim. To illustrate, I have attached the following four photographs.
(i) Saudi Arabian special forces on parade with H&K MP5 submachine guns [3rd November 2008]
(ii) an al-Aqsa Martyrs’ Brigade militiaman holding aloft a H&K MP5 submachine gun [14th July 2006, Corbis]
(iii) members of the Niger Delta-based Icelanders gang brandishing weapons including a H&K G3 rifle and a HK69 grenade launcher [6th March 2008]
(iv) an African child soldier wearing a H&K G3 rifle

• Heckler & Koch guns have caused an estimated 1.5 million deaths worldwide.
This figure is from Jürgen Grässlin’s book Versteck dich, wenn sie schießen [pp. 353-357]. It is a conservative estimate based on figures from UNICEF and the ICRC.

• In Darfur, the Janjaweed have been armed with H&K assault rifles.
According to the June 2007 newsletter of DAKS, the German campaign against small arms, the International Criminal Court issued a warrant in May 2007 for the arrest of a Sudanese government minister for supplying the Janjaweed with G3 assault rifles. I have attached a photograph of Janjaweed fighters posing with G3s and AK-47s [by Andrew Carter, director of Channel 4 Unreported World documentary Meet The Janjaweed].

• In Kenya, H&K guns were used in the 2008 post-election massacres.
Kenya-based magazine The African Executive reported in its 6th Feb 2008 edition that “Many pictures from the fighting scenes carry the G3 assault-rifle of Heckler & Koch.” I have attached a photograph of a Kenyan policeman with a G3 rifle beating an unarmed man during the post-election unrest on 1st February 2008 [by Yasuyoshi Chiba, AFP/Getty Images].

• In Kosovo, Serbian police used H&K guns to kill Albanian villagers.
The Humanitarian Law Center, a Serbian NGO set up to document human rights violations committed during the break-up of Yugoslavia, reported that in Kosovo on 28th February 1998, Serbian police executed several Albanian men in Likosane village. An eyewitness reported that “The men were finished off with a Heckler weapon.”

• In Iraq, the notorious mercenary army Blackwater (which has shot and killed unarmed civilians) is using H&K machine guns.
In October 2007 the Washington Post reported that “security contractors” employed by Blackwater had killed Iraqi civilians in several incidents including the September 16th slaying of 17 civilians in Baghdad. On 19th February 2008, on German TV, the Report Mainz current affairs show reported that Blackwater had been using Heckler & Koch machine guns in Iraq.

• In S. Ossetia, Georgian soldiers were illegally armed with H&K guns.
On 17th August 2008, Report Mainz broadcast images of Georgian soldiers in South Ossetia with H&K G36 assault rifles. It reported that the German government had previously rejected H&K’s application for a license to export the weapons to Georgia. According to Jürgen Grässlin, “If weapons which the German government has not approved for export now appear someplace, we have to assume they have been illegally exported.”

If you would like more details about any of our sources, please get in touch. Please do let us know which of the campaign’s claims you believe to be inaccurate. We would be grateful if you could supply any relevant documentation that could help us to improve the accuracy of our publications.

The campaign has heard from members of the Vineyard congregation that the church leadership has been in conversation with H&K. We sincerely hope that the church will not accept any reassurances from the arms company without independent verification. The campaign remains willing to meet with church representatives at the church’s convenience.

Thank you for your assistance, and happy New Year,

Yours faithfully,
Shut Down H&K