The alleged ground for this ban is that legal graffiti encourages illegal graffiti or gives an appearance of neglect. This is based on the so-called "broken window theory."

While the ban appears to be restricted to council-run youth clubs, this is not clear and there is some concern that the ban might extend further, possibly to private graffiti displays (like that on the side of OhMyGosh records on Mansfield Road). Even if it's scope is tightly restricted, the removal of a legal space for young people to express themselves has been strongly criticised.

On the newswire: Graffiti art with consent banned in Nottingham | Is the writing on the wall for Cllr.Collins? 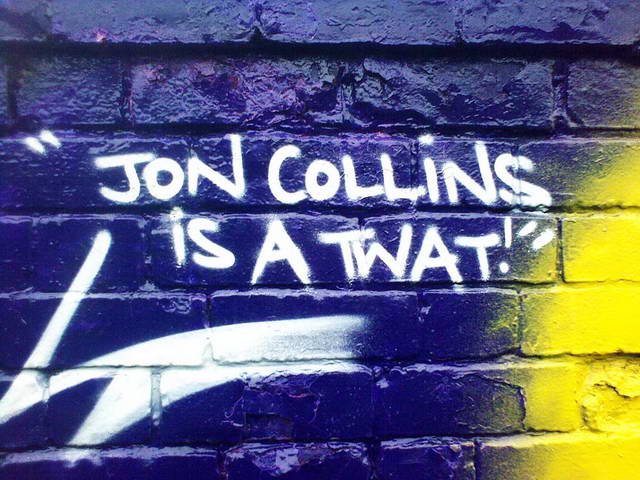 "Broken window theory" was developed in the 1980's by criminologists James Q Wilson and George Kelling. They argued that if a window in a building is smashed and nobody comes to repair it, the perception will be created that nobody cares, graffiti will appear, rubbish will be dumped and the likelihood of serious crime will increase. The inference drawn from this is that to reduce crime, minor issues like broken windows or graffiti - whether legal or illegal - need to be dealt with quickly to halt an otherwise inevitable descent into criminality.

There is little empirical evidence to support the theory, but the Post do report council claims that "high levels of graffiti has often been found in areas near to where the legal graffiti has been allowed to take place. As a result, it has created "a threatening aura of neglect and danger." It is obvious that this is a problematic argument. Two of the sites mentioned in the report are in St Anns an area which would be expected to have a higher than average incidence of graffiti for reasons that have little to do with the presence of a youth centre.

Leader of the council Jon Collins is unrepentant, insisting "Graffiti is something that residents find annoying and offensive. It is not feasible to say that graffiti is OK here but not there, so the city council is clearly stating that we will not tolerate graffiti anywhere in Nottingham."

The move is particularly ironic given the council's recent attempts to promote Notingham as a city of culture with the attention focused on the recently opened Nottingham Contemporary gallery and the New Art Exchange a "dedicated cultural facility for Black contemporary arts." Now budding artists who happen to have chosen graffiti as their medium will have no option other than to do their work illegally, where it may not be wanted.

The council's move has not gone unchallenged. Professional graffiti artist Steve Dilks has been vocally critical and has launched a petition against the council's decision. It is available to sign in his shop, the Montana art and fashion shop, in Goose Gate, Hockley and can also be signed virtually at store@montanashopnottingham.com or dilk@montanashopnottingham.com. 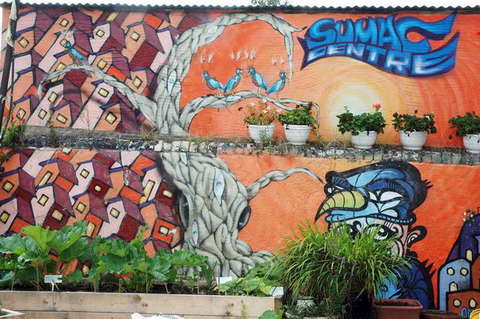 There is no doubt that there are some talented artists in Nottingham for whom the spray can is their paintbrush and walls their canvas. Many areas have benefited from a splash of colour adding interest to an otherwise blank space.

Oh dear- another legacy of Labour's over caustios nanny state

i struggle to see how the creative mediums of our current youth nation cause or adhere to the beliefs of this ' broken window theroy'. it is shamefull that simplistic and harmles self expression shoud be deemed illegal - removing even more leisure occupations for our occupationally deprived youths. dare i say that the removal of even more safe and easily monitored occupations for our youths will lead to even more solitary, pc based activities so widely criticised.