The Poll Tax: Twenty years on

On March 5th, Nottingham Radical History Group organised an event to look back on the struggle against the Poll Tax. 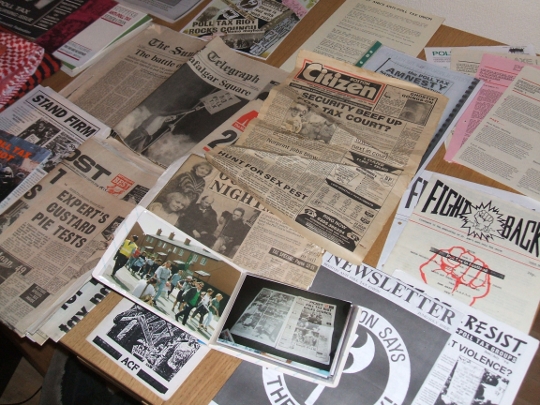 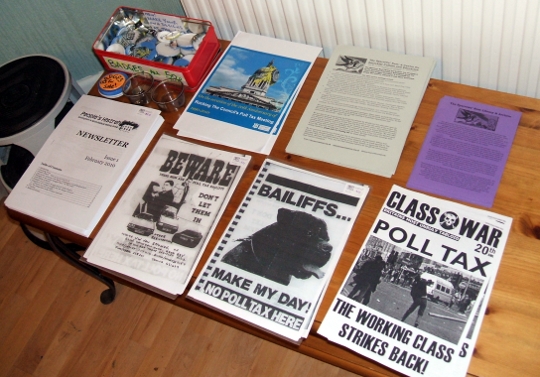 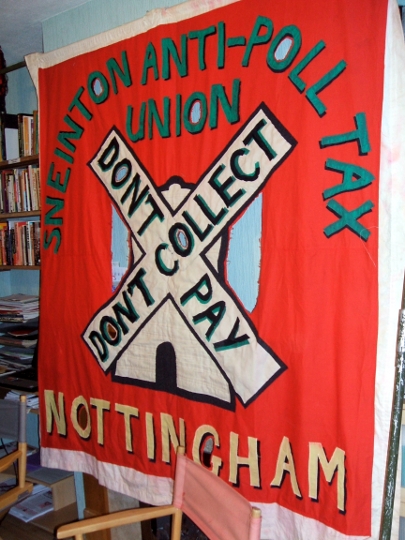 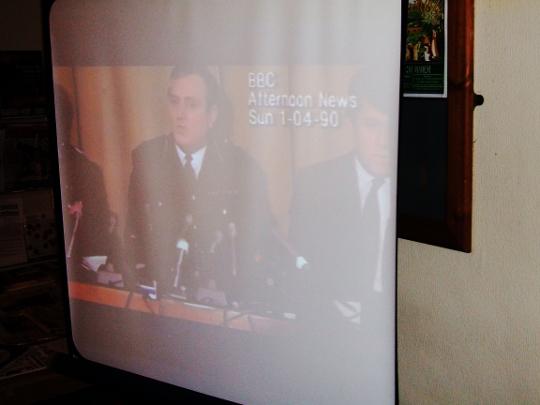 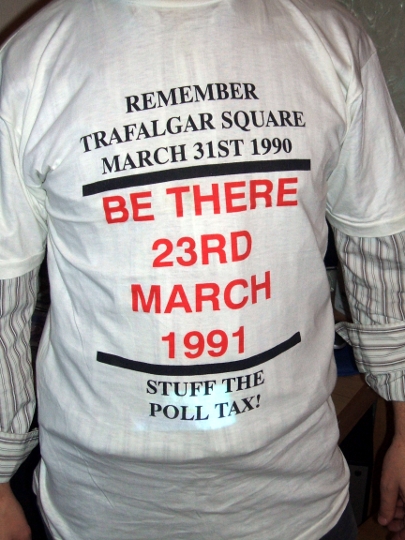 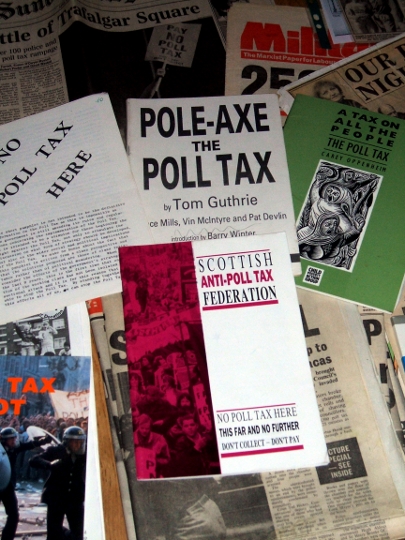 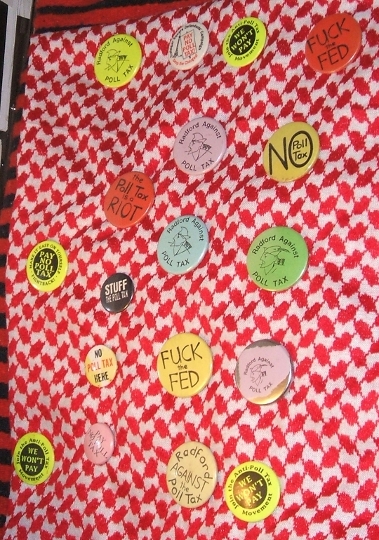 The event was held on the 20th anniversary of the setting of the Poll Tax rate in Nottingham by the Labour-led council. Protesters burst into the council chamber dressed as Robin Hood. Several councillors were custard pied and the campaigners were arrested by the police. Despite expert evidence that custard pies were not dangerous, the Magistrate failed to see the funny side and two of the campaigners were sent down. This action was part of a wave of protests, disruptions and riots at council meetings across the country which set the scene for the famous riot in Trafalgar Square at the end of March, the day before the tax was to come into force in England and Wales.

Nottingham had been at the forefront of the campaign against the Poll Tax. Apparently it was fourth in the national league for non-payment. Nottingham was also a leading city in the dispute between the “official” Anti-Poll Tax Federation led by the Militant Tendency (latterly the Socialist Party) and the more autonomous wing of the campaign. Many of the leading anti-Poll Tax campaigners in Nottingham made it to the meeting, but only one of the people in attendance had been in Militant, but long since left.

The meeting opened with an opportunity for people to introduce themselves and talk about what they remembered of the campaign. One anecdote was the day at Bingham Court when the city council had moved its hearings there in the hope of minimising disruption. A large number of people were called with the expectation that few would actually turn up. Militant took it upon themselves to bus people to the court and then as it filled up, called the fire brigade who promptly shut it down on health and safety grounds, leaving the assembled non-payers free to march around the village.

This informal introduction was followed by a showing of the beginning of a video from the time called "Poll Tax revolt" (available on YouTube should you be interested). This began with footage of the disruptions at (and outside) council meetings around the country, including Nottingham, before leading onto some amazing riot porn from the demonstration in London. At the end of the march, protesters clashed with police, before venting their anger against symbols of wealth in the centre of the city, destroying cars, looting shops and torching buildings, while continuing to attack any coppers who tried to get in their way. The video then cut to the responses from Home Secretary David Warrington, Militant’s Tommy Sheridan and Labourite Roy Hattersley, who both condemned the rioting in no uncertain terms. By contrast a Class War spokesman was happy to describe the rioters as “heroes” during an interview on TV, much to the obvious horror of the reporter who warned that viewers might find the organisation's views "repugnant".

Another video, this time an amateur recording of a demonstration in Nottingham in February 1991. Apart from the fun to be had spotting familiar faces in the crowd, this was an intriguing insight into the divisions in the movement. The key speaker was Steve Nally, known as “Nally the Nark” for his decision the day after the Trafalgar Square riot to appear alongside Tommy Sheridan saying they intended to “name names” and “root out the trouble-makers.” As a result when it was his turn to speak he was subjected to a volley of abuse from many in the crowd, which local members of Militant attempted to silence with limited success.

The night also included an opportunity for one of the campaigners from the time read several of the poems he had written at the time, going some way to rediscovering the venom which had informed their creation. Throughout the event, there was also an array of material from the time on display including newspaper clippings, leaflets, badges, photos, t-shirts and even banners. Some of the written material has already been scanned by the Sparrow’s Nest and is available in their website: www.thesparrowsnest.org.uk/scans/polltax. The event was recorded and the hope is to make this available at some point in the future, along with recordings of interviews with those involved so that there experiences are not lost.

The event was both interesting and inspiring. It is worth nothing that the past week has seen not just the 20th anniversary of the Council House invasion, but also the 25th anniversary of the Miners’ Strike. Five years after Thatcher had defeated the most militant of the country’s unions she may well have thought herself invincible, hence her decision to force through the Poll Tax in the face of advice from her advisers. In doing so she unleashed a wave of working class anger and resistance which fuelled a hugely successful non-payment campaign, massive protests and a wave of riots across the country, culminating at Trafalgar Square. The Poll Tax was rendered unenforcable and Thatcher was compelled to leave Downing Street. This underlines our very real collective power even at a time when it might look like the odds are stacked against us.

Great report! Ah, but it wasn't Militant that did that at Bingham. As I remember, it was a very naughty man from Clifton ;-) 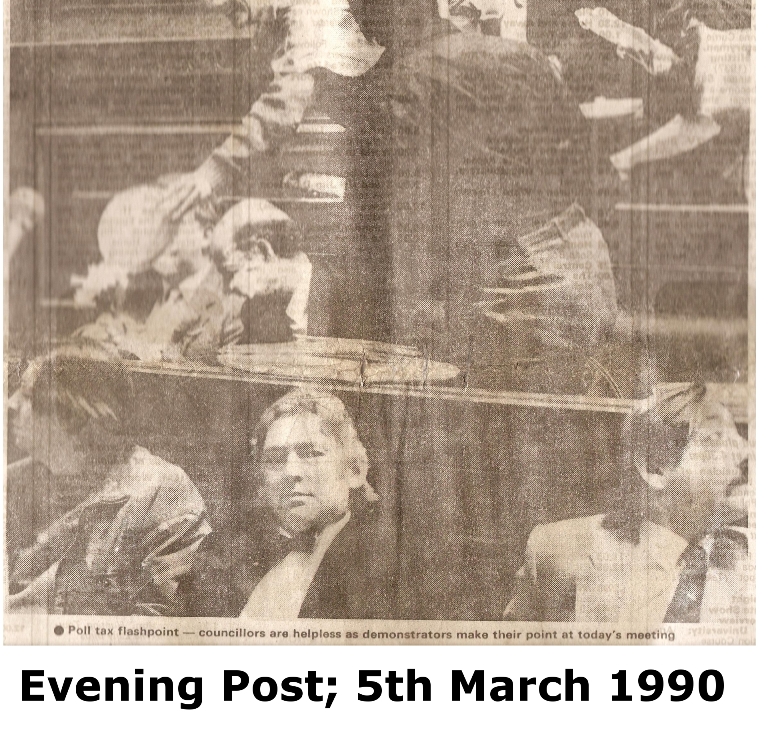