No Borders Nottingham presents an info night discussing the relationship between capitalism and migration at the Sumac Centre from 7pm on Wed. 23 June. 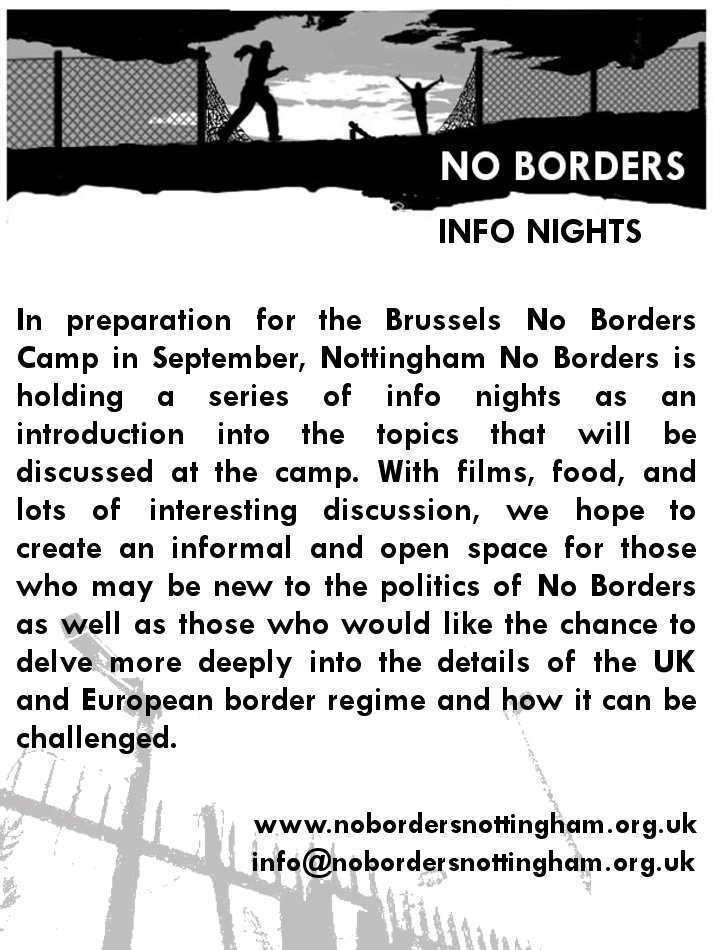 The spread of global capitalism has been one of the main causes of forced migration, as increasing inequalities across the world have led those at the bottom of the hierarchy living in poverty to seek a better life. But whilst neo-liberal globalisation has facilitated the increased freedom of movement for commodities, products, and money, there has been no extension of similar freedoms to people. As it stands, someone’s freedom to move is highly dependent on their wealth and position within a global hierarchy, whilst those without the necessary money or privilege who try to enact their freedom of movement are faced with violence and oppression. Must the struggle against borders necessarily include a simultaneous struggle against capitalism? Can we ever achieve a world without borders whilst capitalism still exists?

Join us for an evening of food and discussion on the relationship between capitalism and migration.

This is one in a series of events organised in preparation for the No Borders Camp in Brussels which will be taking place from 27 September to 3 October.