Film Screening at the Sumac at 7:30 on Tuesday 29th June

We will be showing Defiance, a ripping Hollywood action interpretation of a true story about the guerrilla war waged by Belorussian Jews against the Nazis in the forests of Eastern Europe. 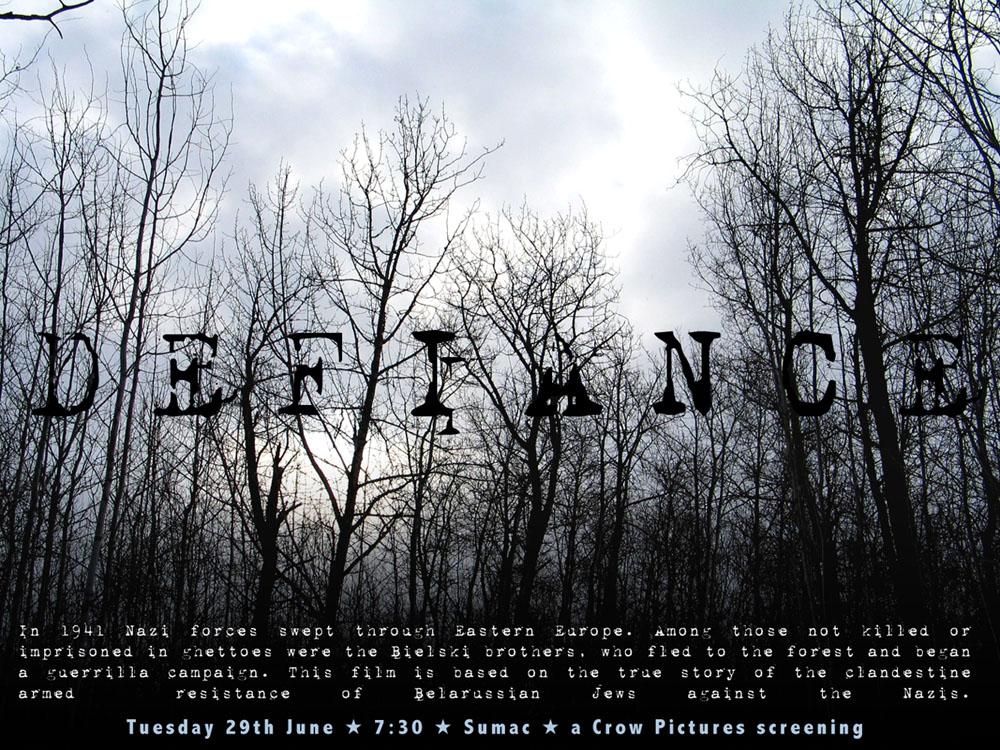 This is the first installment of a new monthly film night, which will show blockbusters and independent films about resistance and subversion.