Activists who will be taking part in the Camp for Climate Action today unfurled a massive banner from one of the oldest and most iconic buildings in Oxford. 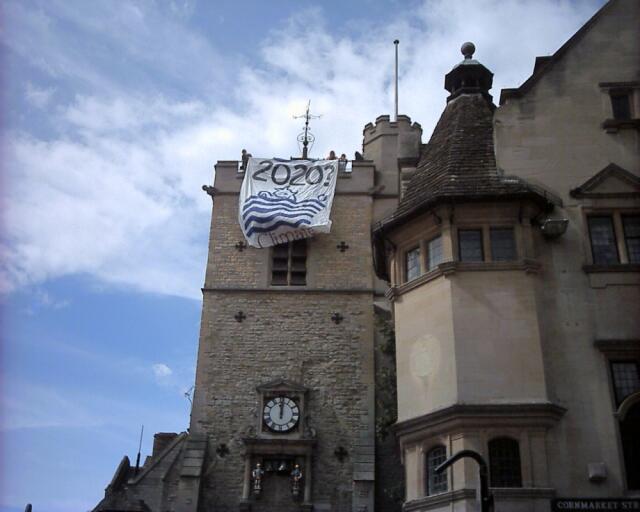 The bull is dropped 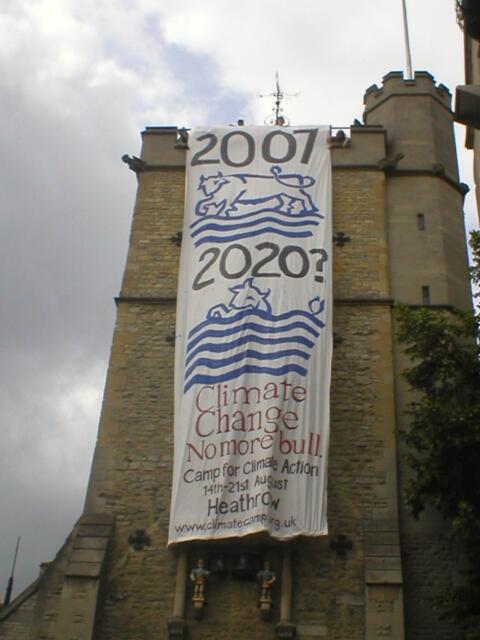 View from the ground of the banner 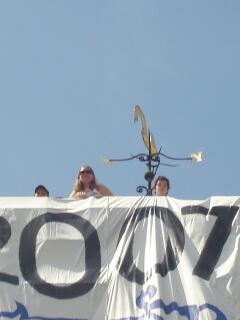 Happy activists celebrate on the top of the tower 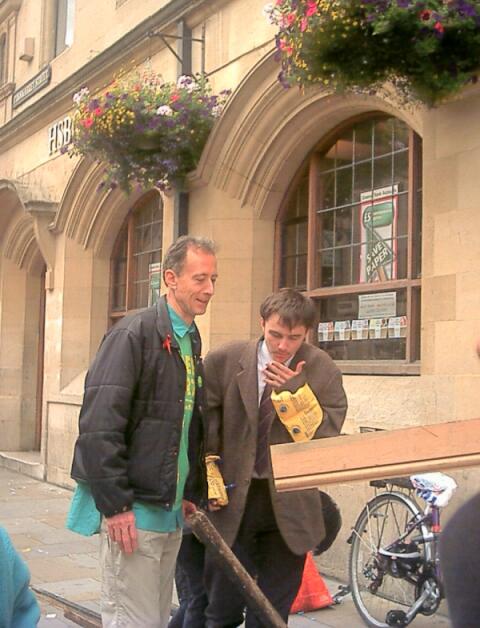 Green Party Hopeful Gets Stuck In 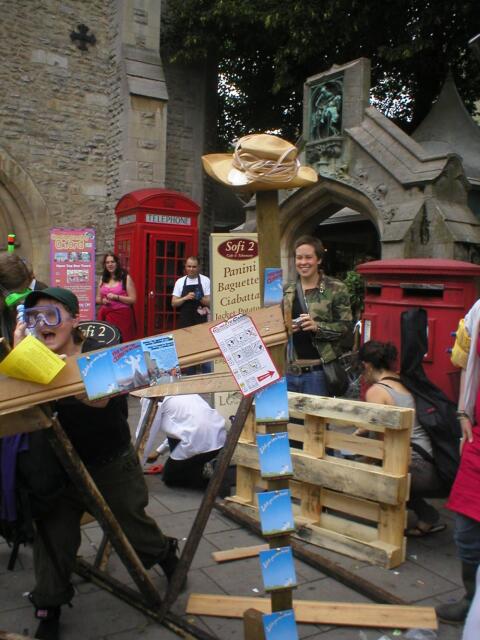 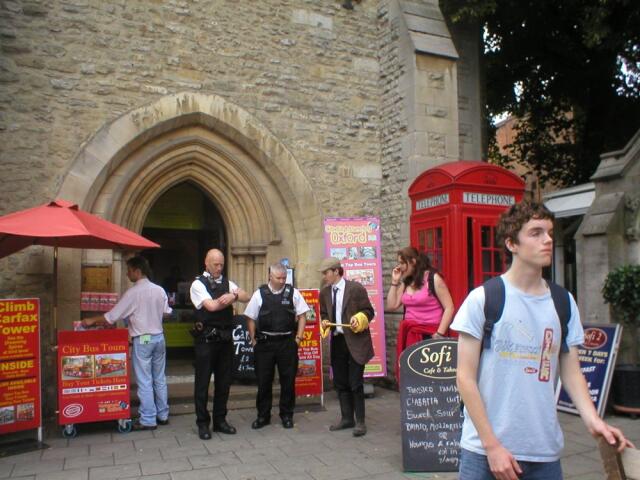 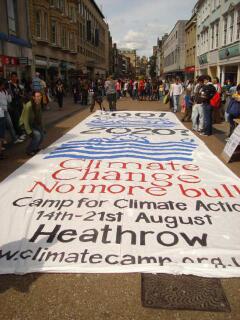 The banner is unleashed on shopping street hell (Cornmarket)

Today, four activists climbed to the top of Carfax Tower and dropped a banner satirising the Oxford City Council logo (an ox crossing a ford) and promoting the camp for climate action. The banner stayed put for over two hours.

On the ground around 25 people handed out flyers for the camp, and there were shouts of "No more bull!" which were echoed back from the top of the tower.

Meanwhile, a group of people were trying to build an ark. Their excuse? The government and big business won't take action on climate change, so we'd better build an ark to accommodate the earth's 7 billion people. They tried to get the police to assist. When asked who was in charge, an activist identified only as Noah, said:
"No one is in charge; this is an Ark-y"(!)

The recent flooding around the UK has left many people homeless - in Oxfordshire, one of the worst hit areas, many people were evacuated to safety. A local demonstration last Wednesday bemoaned the fact that the government are not doing enough to help those worst hit by the floods. It has been reported, in The Guardian, that flash floods in Britain are likely to be the biggest immediate problem caused by climate change.