There was another demonstration outside the Wrexham branch of Barclays Bank today in solidarity with the people of Gaza and in protest at and to help make people aware of Barclays' links with the arms trade and with Israel. 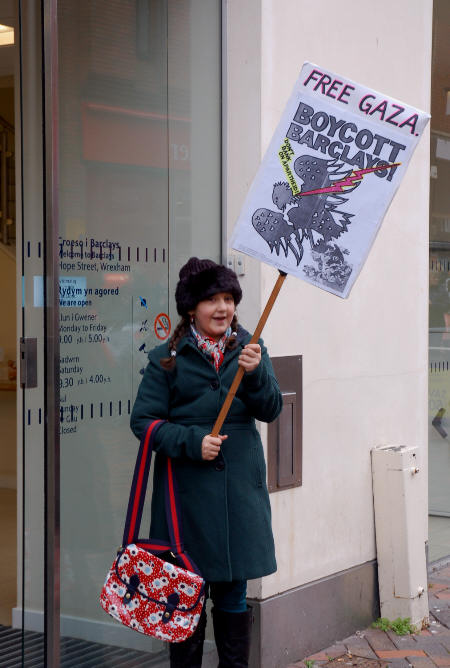 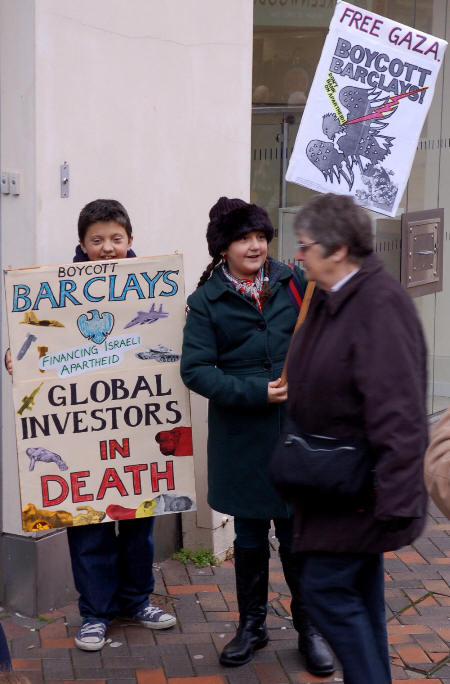 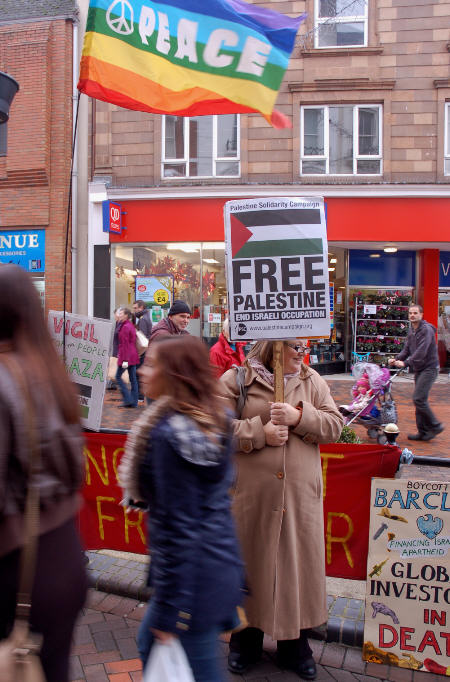 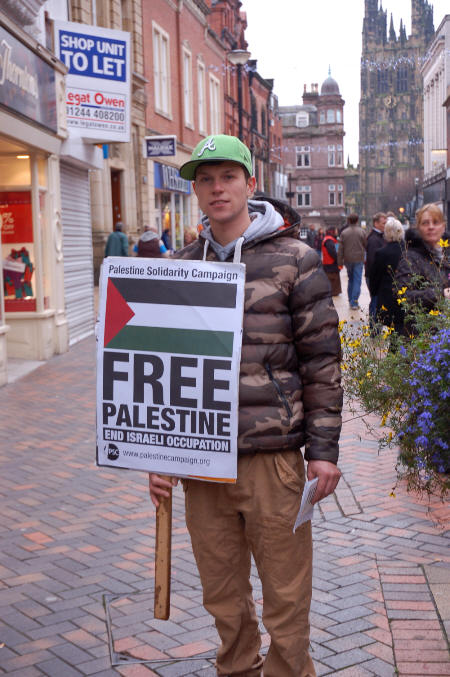 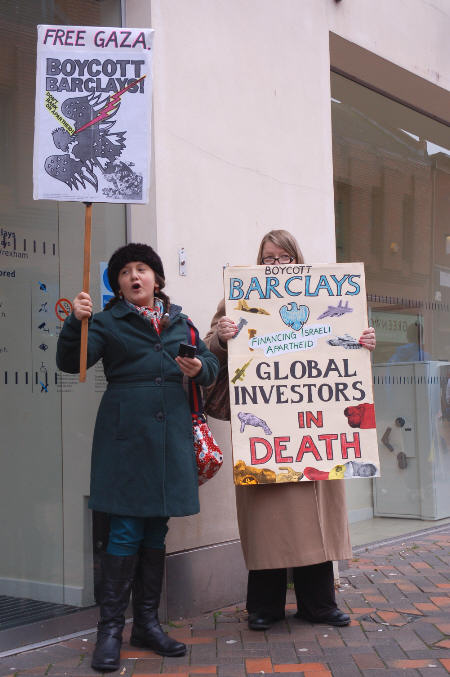 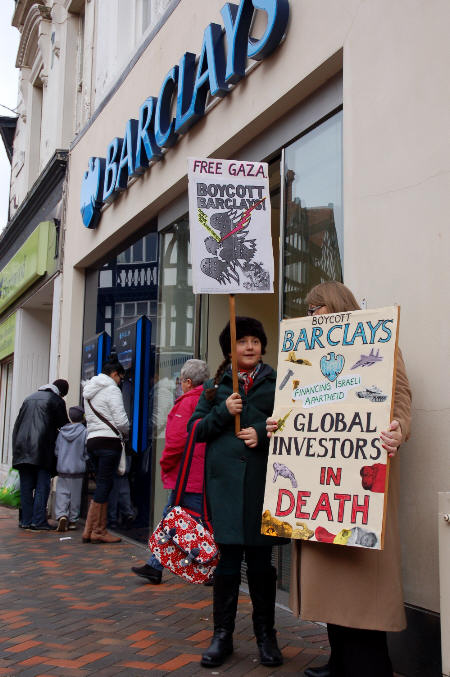 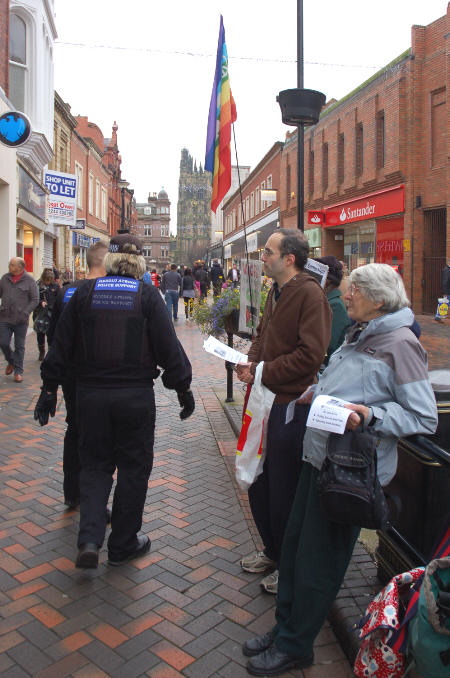 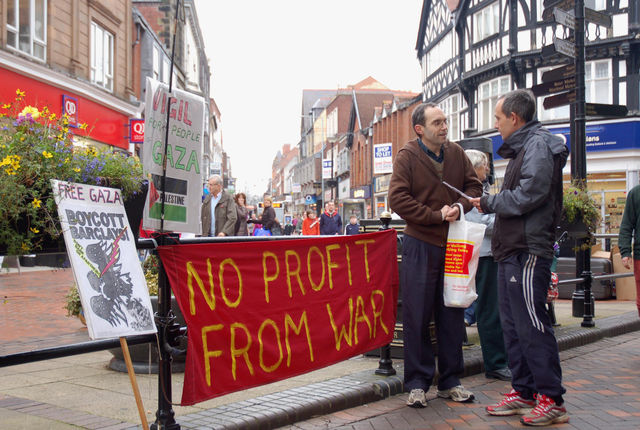 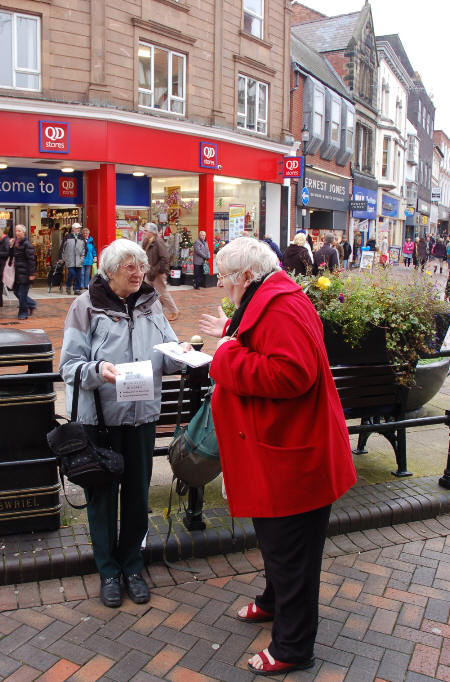 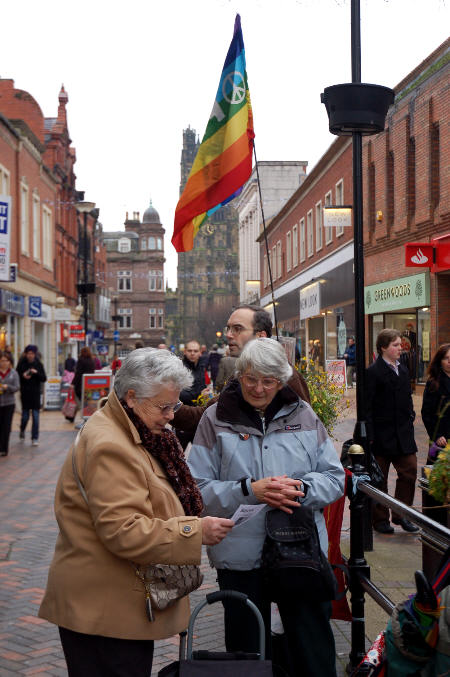 We were three adults and two kids today, helped by another couple of people who just happened to be passing and decided to join us. We positioned ourselves around the entrance to Barclays, with flyers and placards and with our peace flag and 'No Profit from War' banner right opposite the door. In the hour or so we were there, not a single Barclays customer using the bank or cash machines can have been unaware of what the protest was about, thanks as much as anything to the enthusiastic chanting of one of our younger supporters. Many customers took flyers and a fair number stopped to talk.

Barclays called the cops again. Last week they didn't show up at all. This week they sent along a couple of CSOs.

On Friday, Israeli soldiers shot dead one Palestinian and injured nine others near the border fence, just two days after the ceasefire had been announced. The mainstream media doesn't seem to consider this a breaking of the ceasefire, but just suppose Hamas had killed one Israeli and injured nine...

Afterwards, we went to warm up in the indoor People's Market on Chester Street, where there's currently a free shop running six days a week on a stall with about 50 foot of table space.