Bristol Defendant Solidarity (BDS) was formed in the aftermath of the street resistance in Stokes Croft in late April 2011. That resistance occurred when the state acted to defend a newly opened Tesco shop on Cheltenham Rd which had been the focus of widespread community opposition. 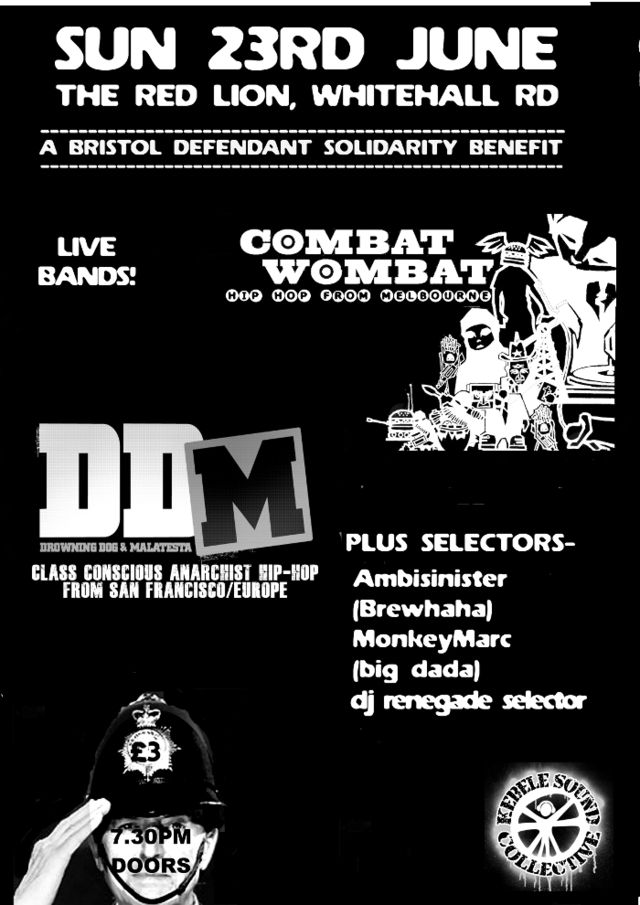 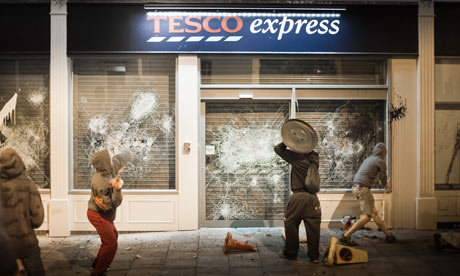 Bristol Defendant Solidarity (BDS) was formed in the aftermath of the street resistance in Stokes Croft in late April 2011. That resistance occurred when the state acted to defend a newly opened Tesco shop on Cheltenham Rd which had been the focus of widespread community opposition.

A heavy-handed police raid on a squat virtually opposite the Tesco sparked street protests nearby by supporters, that escalated into rioting as the cops brought in back-up from several other forces in what looked like a pre-planned operation. Welsh cops didnt endear themselves to locals by blocking their streets and refusing them access to their own homes, and soon wider sections of the local community were on the streets giving the cops a runaround into the early hours. The Tesco shop was trashed and shut down for a week. Further distrubances occurred a week later during a street protest & solidarity street party outside the evicted squat, that came close to spreading to Bristol's central shopping district.

Initially some local liberal politicians, such a Labour MP K McCarthy, voiced criticisms of the over-the-top policing and suggested an enquiry, but actually did nothing and were soon drowned out by the local right-wing media and apologists for a police state. Whilst Banksy rush-produced his 'Tesco value petrol bomb' poster to add to the debate, the voices of reaction soon prevailed. As arrested individuals faced being isolated, and others being hunted, some Bristol anarchists and other solidarity activists stepped up to provide support.

BDS built on the work of the informal Bristol Arrestee Support group, that had come together to provide legal info and a support phone number during local student protests in late 2010. BDS went on to to provide practical, emotional, legal, financial and court support for defendants and those fearing arrest. Later with some defendants imprisoned, BDS worked closely with Bristol ABC on prisoner support.

As the Stokes croft cases came to an end, the need for BDS continued and they provided further support for activists involved in anti-fascism, anti-miltarism, other direct action, as well as the victims of illegal squat evictions etc. BDS also issued public statements defending the right to protest, and indeed riot, as the state clampdown on dissent has intensified. BDS continues its work today, in a low key manner, for those in need of support. If the escalation of the surveillance society, the clampdown on legal aid and changes to the justice system, and attacks on the right to protest, anger you - then get in touch with them and see what you can do to help. Or of course DIY.

Combat Wombat play live radical hip hop from down under for radical change from below.
Armed with samplers, mics and turntables, powered by an uncompromising belief, they create a potent combination of hip hop, dub & dubstep in a political flow.

Plus DJs Ambisinister and Renegade Selector playing a mix of conscious bass, beats and jungle. This will be much more fun than evensong.