Children being stolen then abused.

WE HAVE HAD ENOUGH BRITAIN WILL BE ON ITS KNEES FROM.

Inverness to Plymouth Glasgow to Swansea and Aberdeen to London. 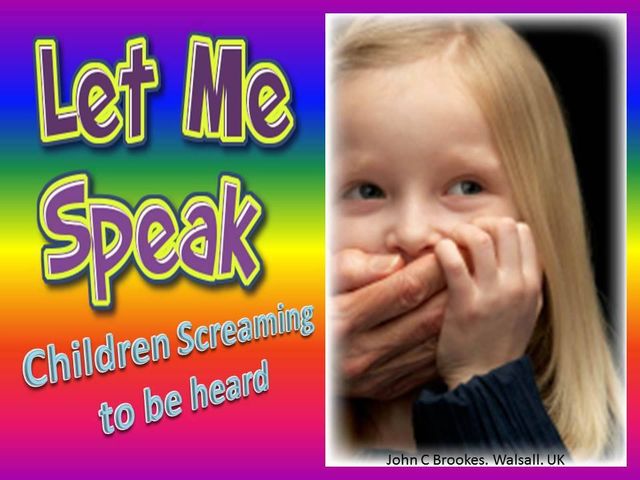 LET KIDS SPEAK AND BE HEARD

WORLD MEDIA HELP Stop Children Being Abused.
Parents Carers Grandparents. British Muslim Polish French Jews Christian Children being stolen then abused.
WE HAVE HAD ENOUGH BRITAIN WILL BE ON ITS KNEES.
Inverness to Plymouth Glasgow to Swansea and Aberdeen to London.

freedomtalkradio2013@gmail.com
www.childrenscreamingtobeheard.com EVIDENCE HERE
Please read the link of the Paedophiles yet again. The paedophiles in the UK have been protected for more then a century and unless the families in this country put a stop to the paedophiles it will continue just as the police the governments Prime Ministers all knew all about Jimmy Savil, I was told about Jimmy Savil 30 years ago but was told because Savil and one other raises millions of pounds for the top charities nothing will be told until they are dead, HERE LIES THE TRUTH MONEY AND POWER IS MORE IMPORTANT THAN THE KIDS BEING STOLEN SOLD AND ABUSED IN EVERY WAY OR CHILD ABUSERS BROUGHT TO ACCOUNT,
Until such time families and the Nation all come together march or do some thing then do not ever complain try putting your legs were your mouth is and march on the M25 Blockade on the 24th July 2014 if not book your free seat at the conference on the 25th July in London with many top quest speakers if not then sit with your computers on face book and complain and do remember every second of the day a kid is being abused. DO SOME THING. We have to be the voice for the children they are the SILENT WITNESSES.
Maggie Tuttle

This little girl Below is asking for help WHY should a child have to beg adults for help we the families should be in our thousands on the 24th July 2014 at the M25 Blockade to support all of the children "screaming to be heard" who are "the silent witnesses" in the care system we have 10.000 kids running away from abuse of the system are they running back home NO because many kids in care are told my the system YOUR families do not want you and I Maggie Tuttle know this to be true after interviewing in the early hours of the mornings the homeless kids living on the streets of London begging and for many who are picked up and trafficked prostituted murdered their little bodies sold for science pedophiles abusing them. Only we the Nation and families who have lost children can put a stop to the abuse and to the multibillion pound Child industry which states ahhaha "IN A CHILD'S BEST INTEREST" I hope to see you all on the 24th July 2014.

PLEASE GOOGLE CHILD STEALING BY THE STATE IN THE MAIN STREAM MEDIA.