As part of Newport Rising, there was a banner drop today off the footbridge and at the top of the Kingsway car park against warmongering Newport company EADS. 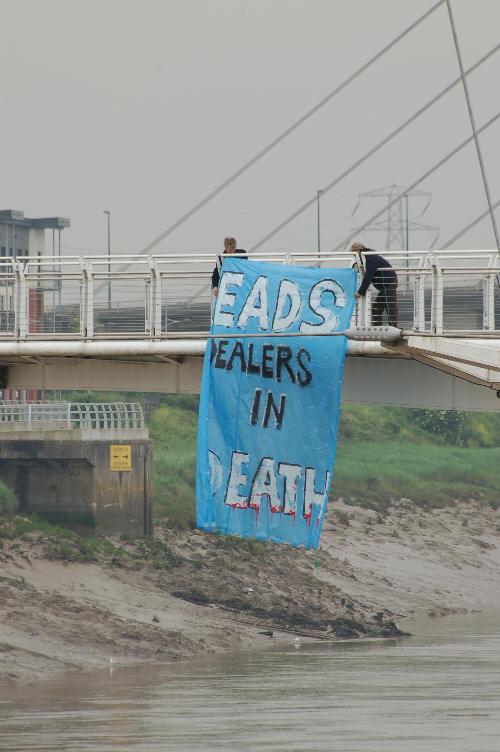 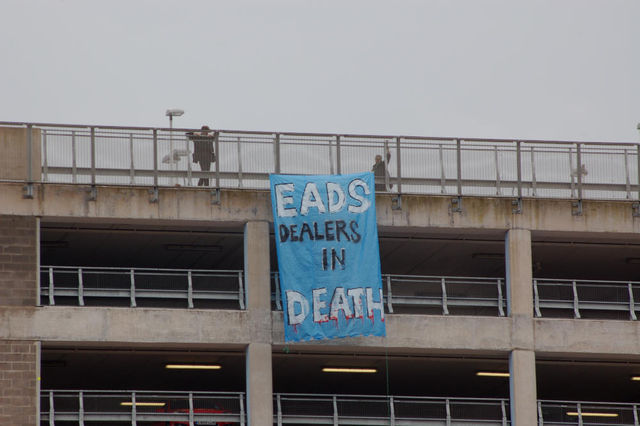 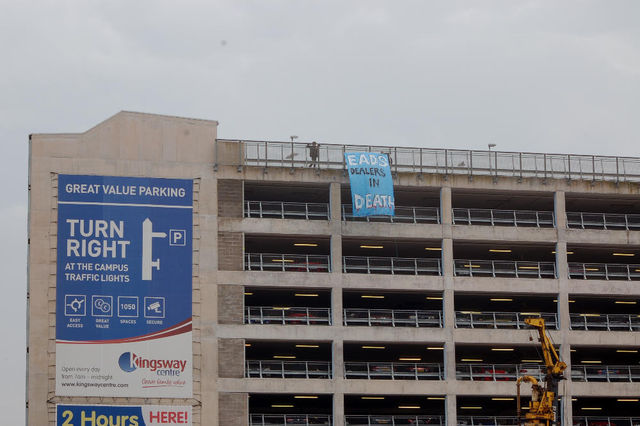 EADS is AIRBUS under another name, a major profiteer of war. The company manufactures the Eurofighter Typhoon Jet and 'drones' including some with nuclear warheads. EADS is also involved in the surveillance technology business. Under the name CASSIDIAN they have sponsored workshops at the Newport Council owned Riverfront Theatre and Arts Centre.

The Celtic Manor, where the NATO Summit will be hosted, has held EADS events. EADS has helped to write the Newport City Council policy for the future of the city through Simon Gibson of WESLEY CLOVER, a sister company to The Celtic Manor. Both are owned by Terry Matthews. Gibson's report 'The ReNewport Report', proposes that Newport should become a 'Test Bed Laboratory' and a 'Safer City' like Singapore which has been a 'beneficiary' of EADS surveillance technology.

The NATO Summit is an opportunity for EADS to showcase its warmongering technology and increase its business through NATO procurement. EADS is a major player in the Arms Industry and makes huge profits from the death and mutilation of victims of war around the world.