No to NATO, march to Celtic Manor. Newport, Wales. PICTURES.

As the summit opens, around 800 peace campaigners gather in Newport, South Wales to march to the Celtic Manor to voice their concerns over the summits agenda. The campaign is joined by Black and Red Blocs, Palestinian representatives, and members of the Welsh contingent of the C.N.D. (Campaign for Nuclear Disarmament). 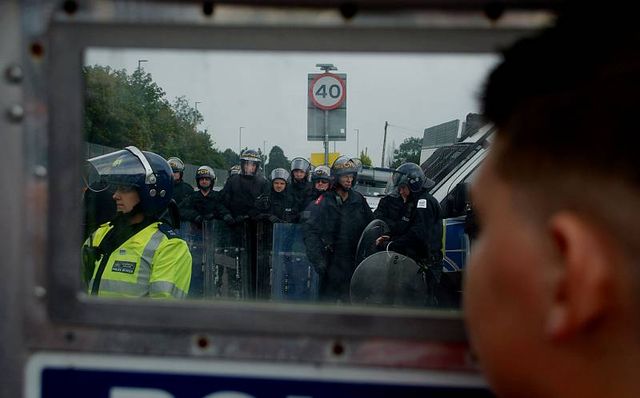 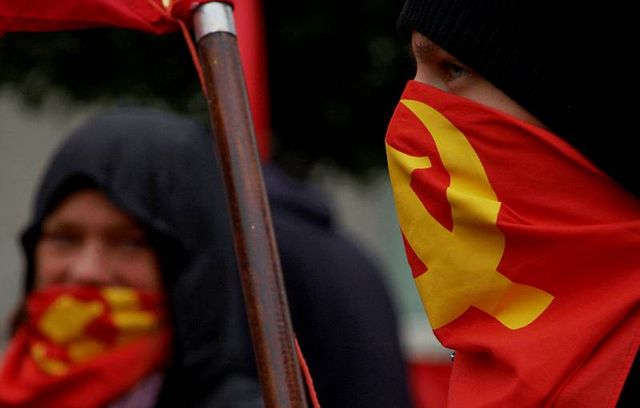 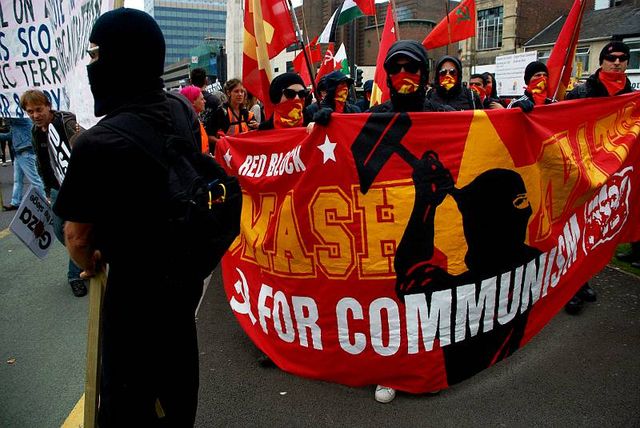 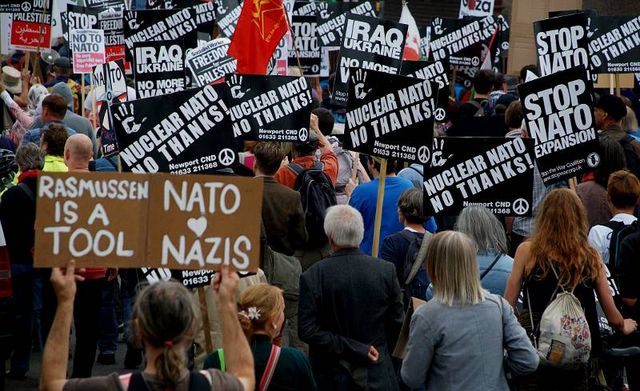 Hundreds of banners in the street. 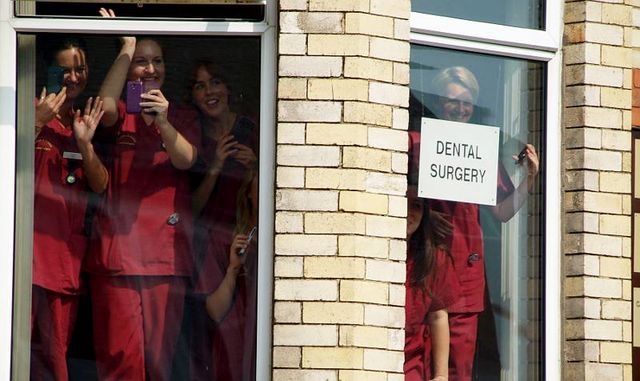 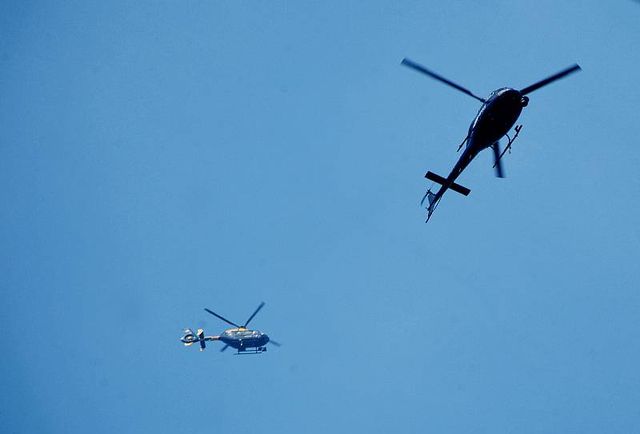 Monitoring the campaigners from the sky. 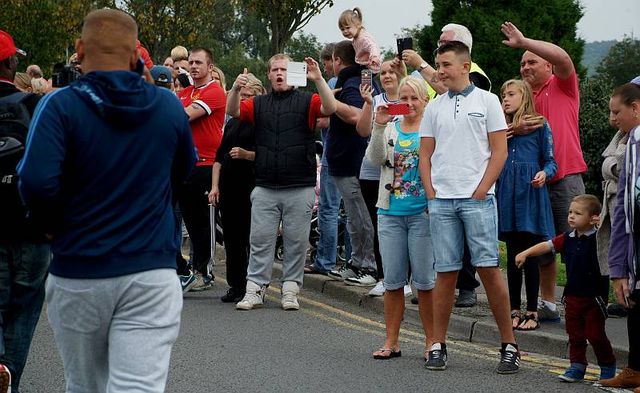 Public support from the roadside. 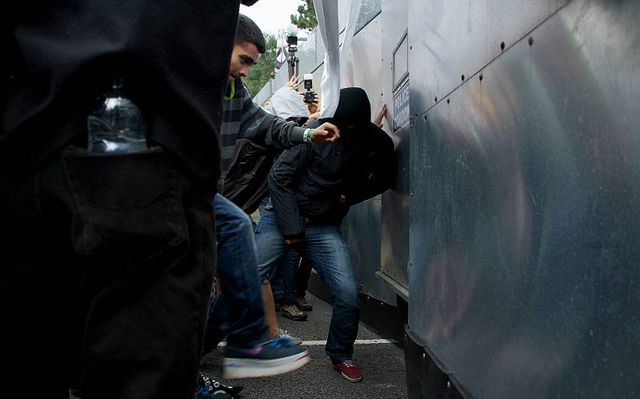 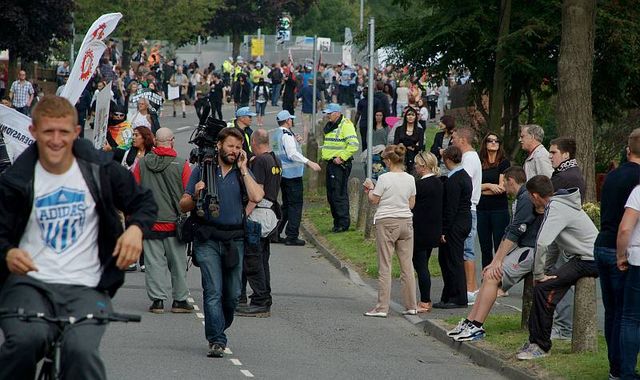 End of the Newport action. 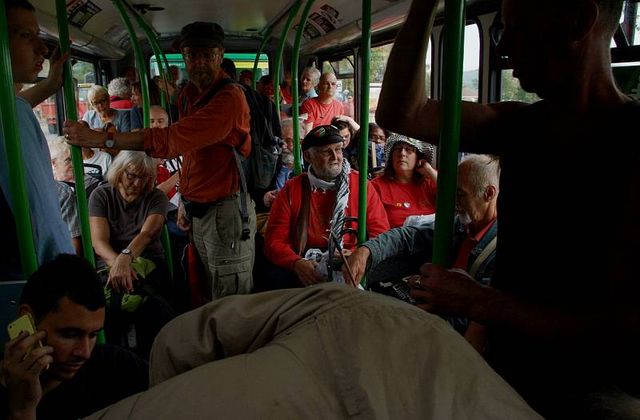 Travelling back to Cardiff. 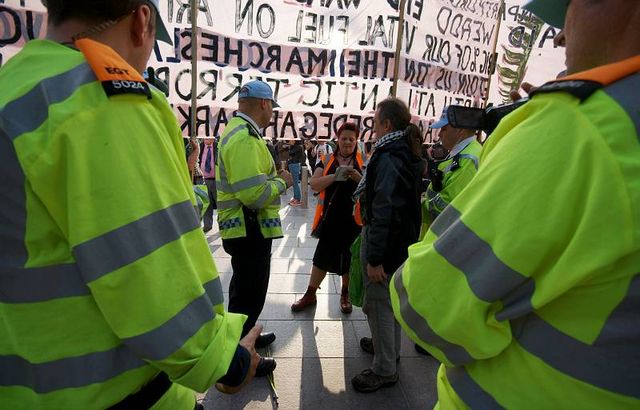 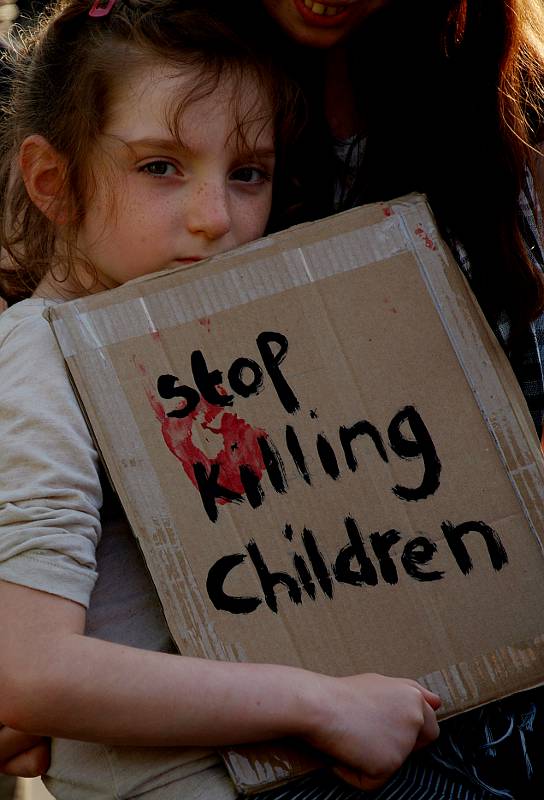 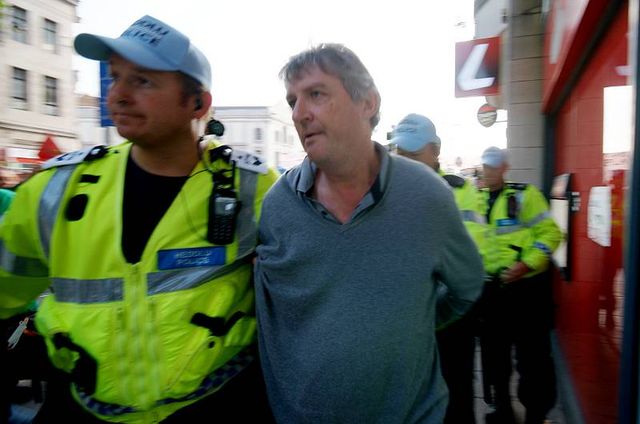 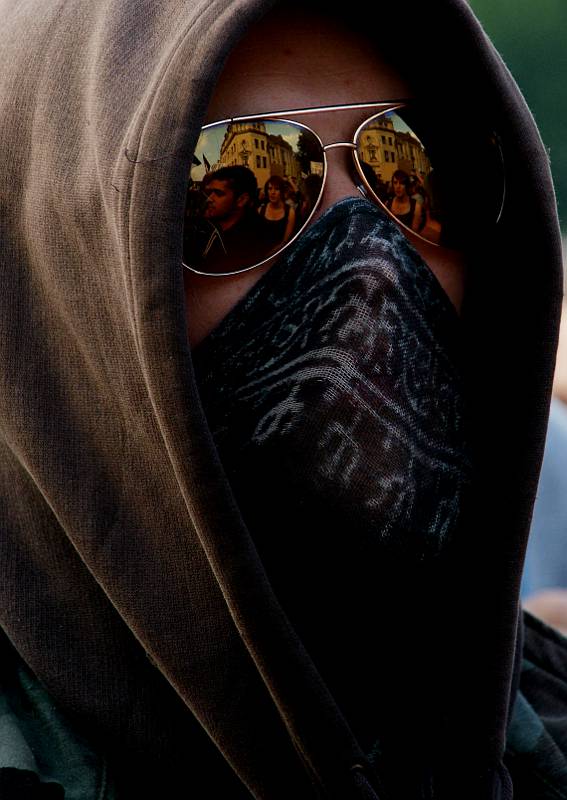 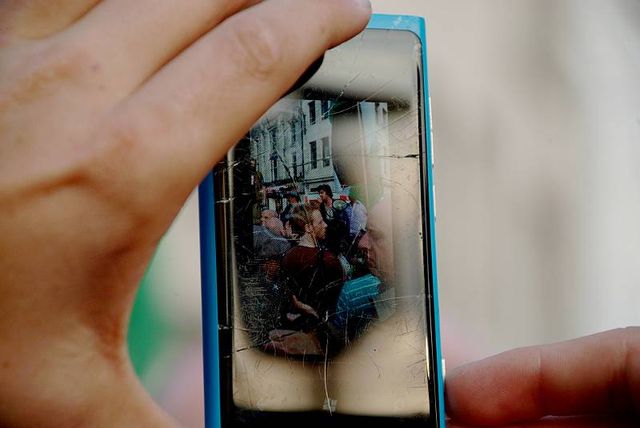 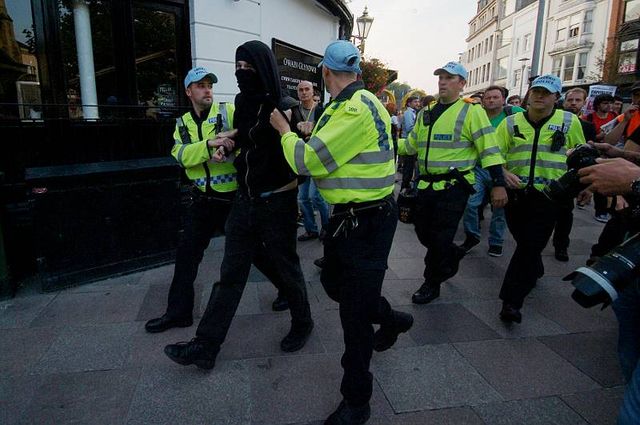 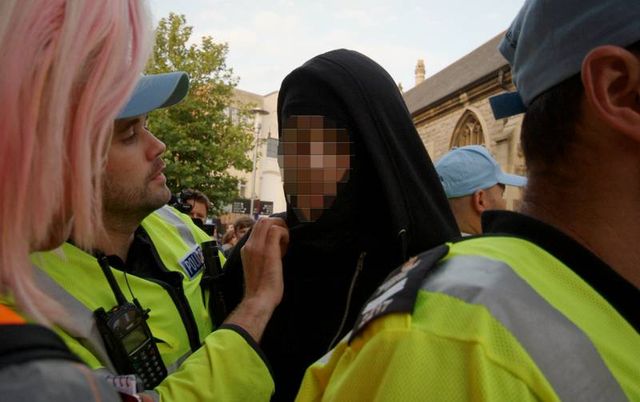 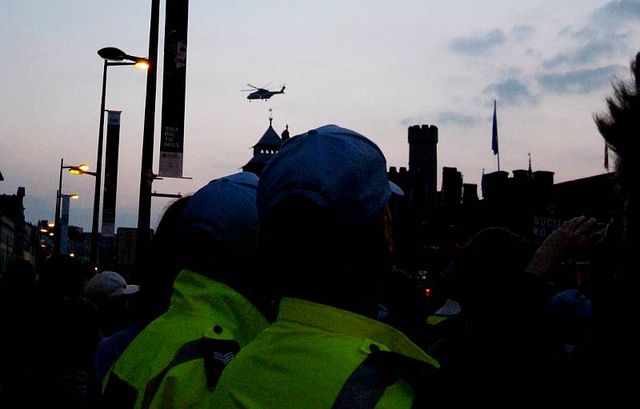 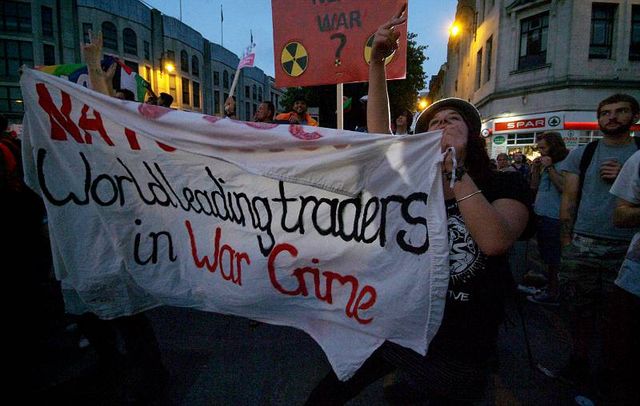 On 4th September 2014, leaders from 28 NATO member states assembled at the Celtic Manor in South Wales for what has been billed the largest and most significant NATO meeting to date.

The meeting takes place at a period of chronic international instability caused predominately by the United States and its dependencies engaging in a series of malformed international policing actions around the world in Iraq, Syria, Afghanistan and most recently Ukraine via funding and assistance channelled to Ukrainian nationalists. In recent weeks, the U.S. dependent Israel has engaged in a barbaric onslaught against the civilian populace of Gaza in its attempt to destroy HAMAS and the newly formed Palestinian Unity Government.

Recently, domestic nationalist 'western' diatribe of a modern day "caliph" forming in the Levant area of South-West Asia has attempted to re-brand al-Qa'ida into a wider and more threatening force dubbed the Islamic State, widely claimed to be active throughout eastern and central Syria and Iraq.

In addition, there have been claims that Russia, a very large and influential international actor, has attempted to take control in Ukraine by violent force. However, the recent annexation of Crimea (Krym) has segmented Ukrainian influence in the region and handicapped NATO's strategic options.

The summit is also attempting to outline the terms under which I.S.A.F (International Security and Assistance Force) will withdraw from its failed occupation of Afghanistan, now riddled with anti-Western sentiment most notably from the government of the apparently pro-Western Hamid Karzai.

The NATO agenda is only loosely based on actual events however, and seems more concerned with controlling the recent rise of nationalist sentiment and frustration over the failed nature of the "War on Terror", aka the war against the non-state actor. To this end, the NATO Wales Summit is attempting to reanimate international threats to the security of NATO member states with an eye to increasing funding, actualising deployments and refunding the U.S. and British arms industries; broadly to fight an apparent threat in Iraq that is now using previous arms and weaponry supplied to the now largely defunct Iraqi army by the United States from 2003 onwards.

As the summit opens, around 800 peace campaigners gather in Newport, South Wales to march to the Celtic Manor to voice their concerns over the summits agenda. The campaign is joined by Black and Red Blocs, Palestinian representatives, and members of the Welsh contingent of the C.N.D. (Campaign for Nuclear Disarmament).

As the march heads toward the Celtic Manor, members of the public join the protest having lined the streets to give support in healthy numbers.

The campaign arrives at police checkpoint spanning a road comprising of solid steel barriers. The route is impassable and reinforced by riot police heavily dressed in NATO civil control armoury. Despite this, the protest remains peaceful and no significant action is taken against the checkpoint beyond making noise.

The tone of the march is determined by an acute awareness that the United Kingdom has been exposed to a long campaign of government economic austerity directed at the domestic populace. As this austerity regime reaches its end point, the British Government is keen to ensure that British weapons manufacturers are first in line to take advantage of the new economic reality.

Later in the day, the campaigners gather in Cardiff City centre at Cardiff Castle where international leaders, including the President of the United States Barack Obama, have assembled for a dinner. There are two arrests here, the first of a man who damaged an anti-War banner claiming he had acted for "health and safety" reasons, and the second of a Black-Bloc who had declined to remove his face covering. He was arrested and had his face covering forcibly removed.