Dozens of hares have been secretly filmed in captivity at the Edenderry coursing venue in County Offaly, Ireland... this in defiance of the ban on "unauthorized photography" that coursing clubs enforce with threats and beatings.

Just have a look at the footage...amazing to see so many of these ordinarily solitary creatures bunched together like this. 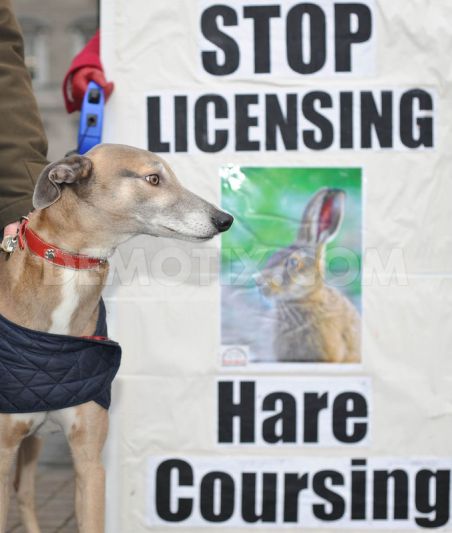 The campaign to ban hare coursing in Ireland continues...

Getting the message across... 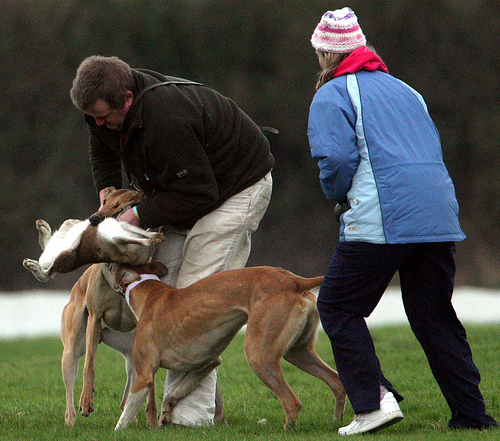 Later this month these hares will be used as live bait at a two-day enclosed coursing event. Enclosed coursing was discontinued in Britain a century ago. It differs from the type of hare coursing banned by the UK's Hunting Act in 2004 in that the "action" takes place in a confined space.

They'll be forced to run from hyped-up greyhounds and a percentage will be mauled, pinned to the ground, tossed into the air, or otherwise injured for "sport"...all within the confines of a wire enclosed field. Those that make it uninjured through the escape hatch will only have "escaped" back into captivity...to be coursed again.

A protest is planned by the Irish Council Against Blood Sports (ICABS) for the Edenderry hare coursing event this year: That's Saturday, October 17th from 12 noon. The coursing venue is located next to Lidl and Tesco supermarkets. All welcome at protest.