Full report with pictures and original formatting (via StCAF blog). 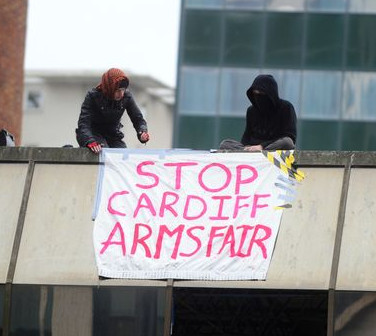 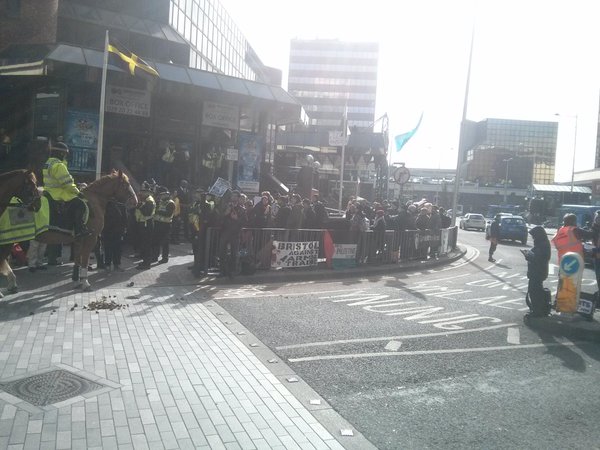 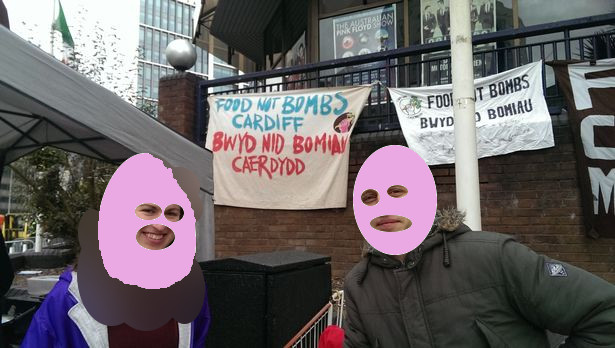 Food not Bombs at DPRTE 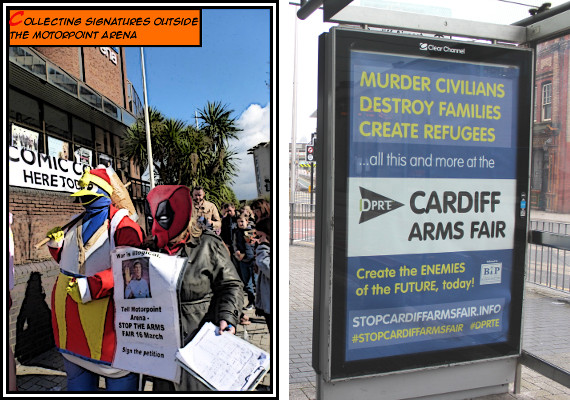 pickets and subverts before DPRTE

NB Since some people are facing ongoing legal cases, we can’t say everything we would like to in this report; but even with some of the most powerful details left out, we think it’s a story worth telling.

The day started early; two people outwitted security to occupy the venue’s rooftop with a banner before the event had begun.

As delegates started arriving, a lively crowd ensured they were very aware they weren’t welcome. Around 150 people (including banners and surreal props) were there to challenge the event; not bad for first thing on a weekday morning.

Meanwhile Cardiff Food not Bombs had set up a structure and were providing food and music, and a place to relax or to chat with intrigued passers-by.

Unfortunately, during the morning the police arrested 4 people on various spurious grounds. The two people on the roof were also arrested at the end of the day.

Of course, what happened on the day was just the tip of the iceberg – from bus stop subverts to comms blockades, from pickets of the venue (the Motorpoint Arena) to leafletting sessions, a lot of unseen work by all sorts of people went into making this happen.

With DPRTE possibly returning to Cardiff in March 2017 it’s time to keep up the pressure and organise a campaign capable of shutting down this monstrosity for good.