Twelve people demonstrated outside the main entrance to RAF Waddington in Lincolnshire today in response to the RAF's announcement that Britain is doubling its fleet of armed Reaper Drones from five to ten. While the demonstration was going on outside, the RAF was holding a ceremony to 'stand-up' its new drone squadron inside the base.

After the demonstration, we went round the other side of the base to meet Helen John who has been maintaining a one-woman anti-drone peace camp at Waddington for months. 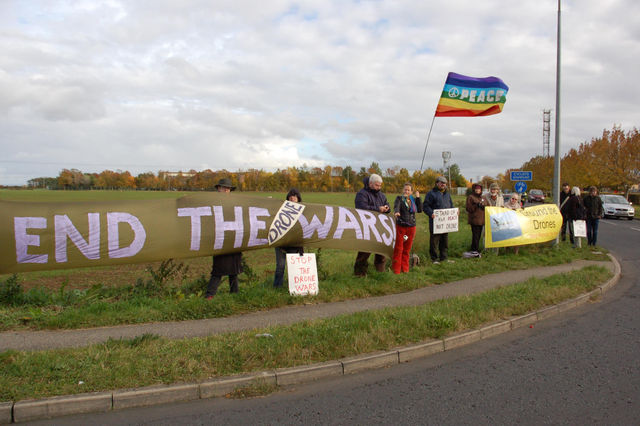 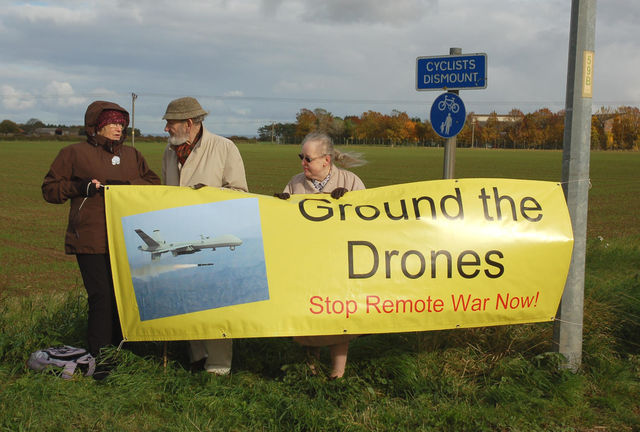 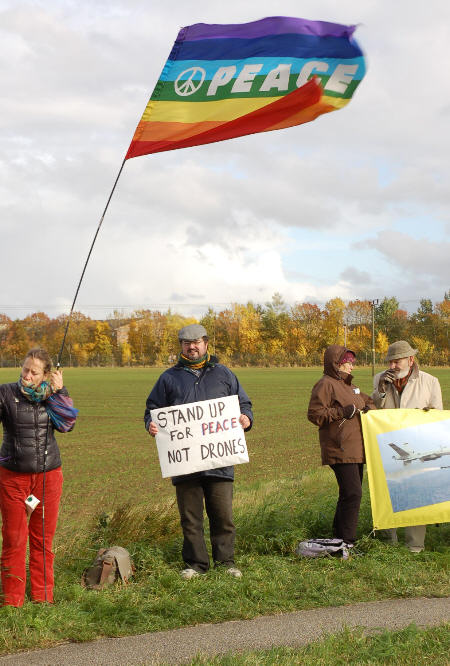 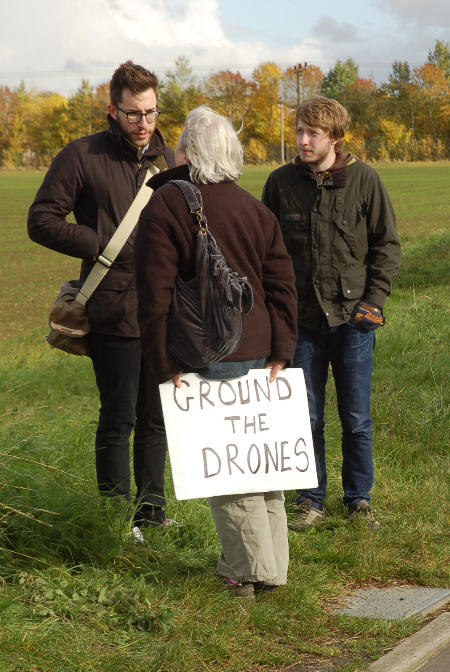 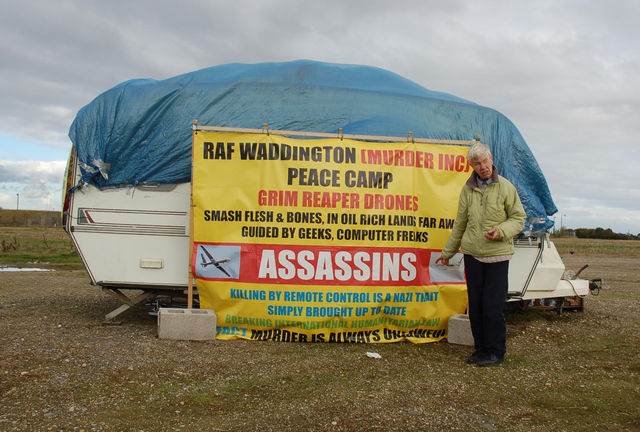 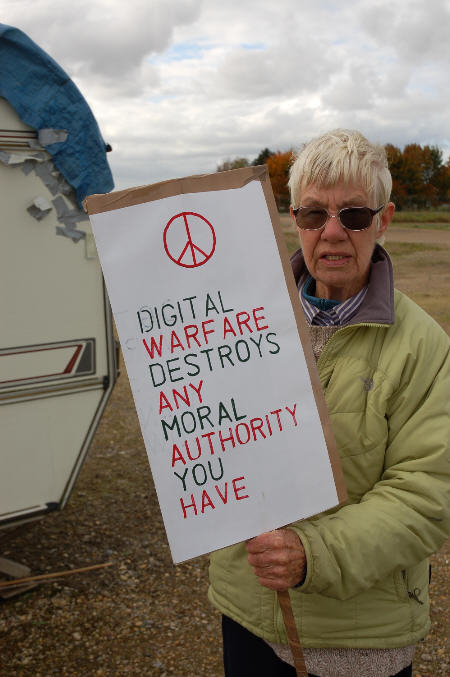 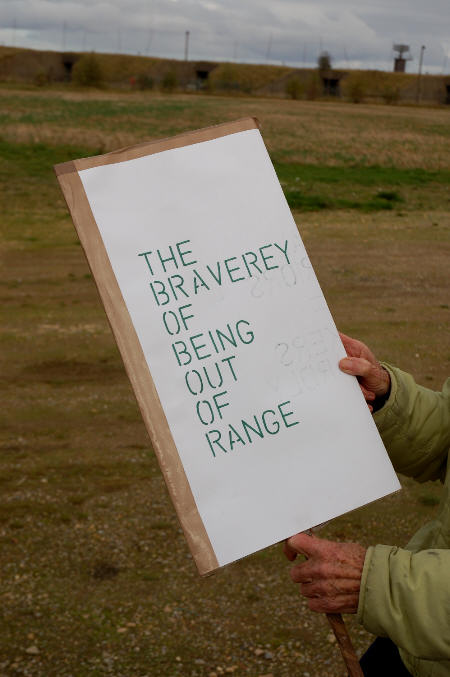 More about the Peace Camp: