Attack on The Casa

On Saturday 2nd November 2013 a fundraising benefit gig for the family of imprisoned whistleblower Chelsea Manning, organised by WISE Up Action, at The Casa in Liverpool, a pub set up by sacked Liverpool Dockers, suffered multiple violent attacks.

The day before the physical and verbal attacks on the anti-war activist organisers and The Casa staff, a statement on Adam Ford's blog, "from a group of activists who will be supporting Chelsea Manning but opposing Ciaron O'Reilly at an event in Liverpool tomorrow" claimed that "Ciaron O'Reilly - a main organiser of tonight's event - does not support Chelsea Manning in the same way that we do" and said that they "intend to protest against that". Ten days before the attack an article opposing the event, published on the blog of a member of the Liverpool Solidarity Federation and reproduced the next day on Libcom, claimed that Ciaron O’Reilly was a "vile misogynist and transphobic shitbag" and that "O’Reilly’s fundraiser in Liverpool will be challenged on the basis of his behaviour towards women and on the basis of his support for Julian Assange." Ciaron O’Reilly refutes the allegations against him, in response to the accusation that he made some sexist remarks he has said "I am not sure I have" and in response to the charge that that he refers to Chelsea Manning using her previous name of Bradley, he has made it clear that he does "not refuse to use the name Chelsea".

On 19th October 2013, outside the Anarchist bookfair in London Ciaron O’Reilly was physically and verbally assaulted because of his ongoing support and solidarity work for Julian Assange of WikiLeaks who has been sheltering from persecution in the Ecuadorian Embassy in London for over a year. 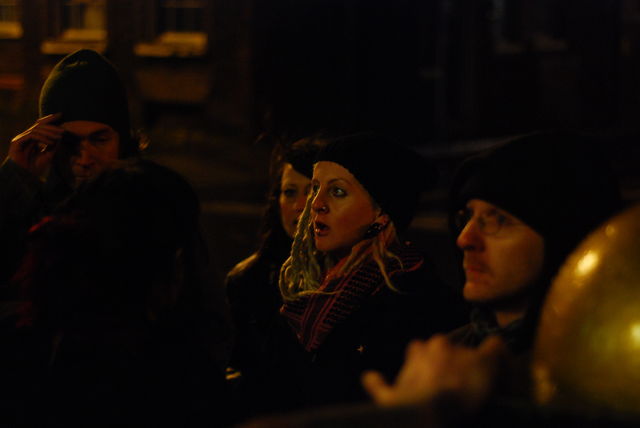