Weekend of Solidarity with Chelsea Manning's Family - the good news!

Over the past few days, supporters of Private Chelsea (formerly Bradley) Manning have been in Wrexham and Liverpool in solidarity with Manning's Welsh family. Close family members living in Pembrokeshire face years of costly travel to the US for prison visits and a family fund has been set up to take donations.

In August, after over three years of pre-trial detention and nearly a year of torture, a military court sentenced Manning to 35 years for revealing evidence about the wars in Iraq and Afghanistan - including evidence of war crimes - that the US government was keeping from the public (along with many other things). 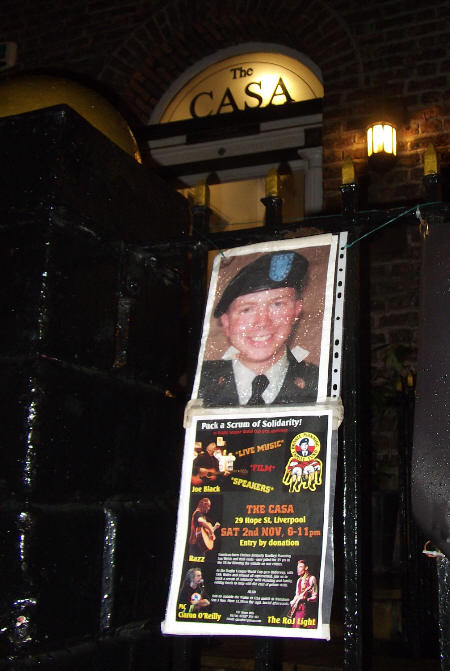 Advertising the event outside the Casa 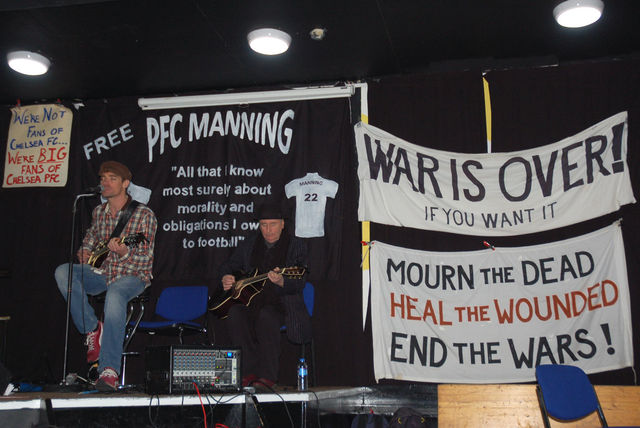 RoJ Whelan, Joe Black and banners at the Casa 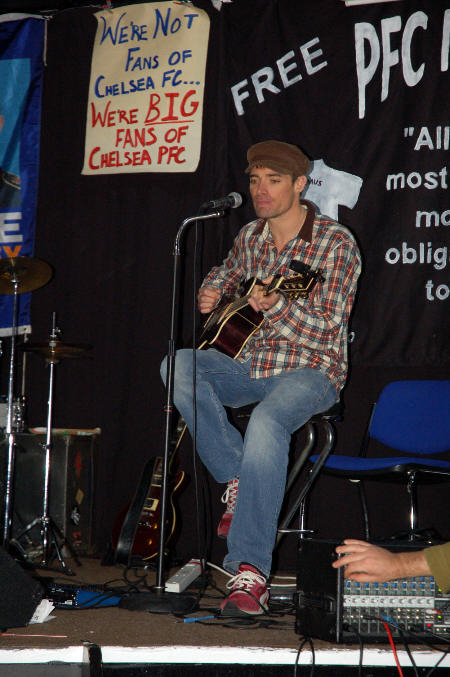 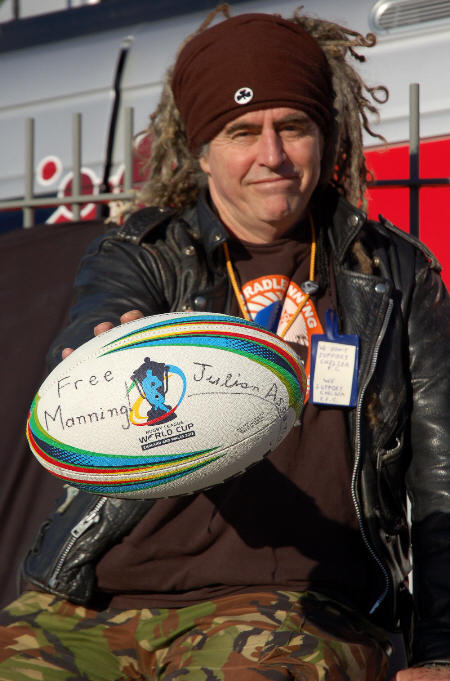 You gotta be innit to winnit! Donate to enter the draw 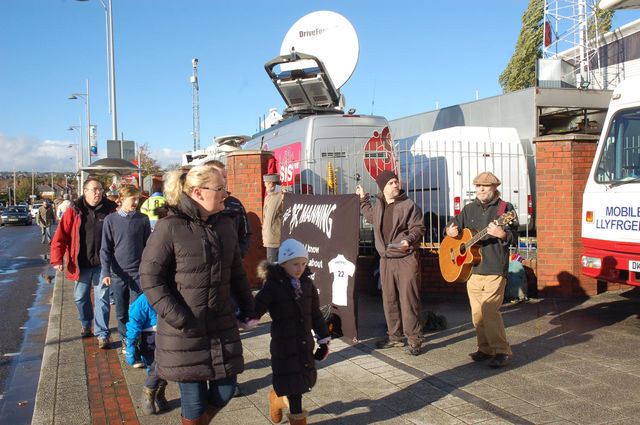 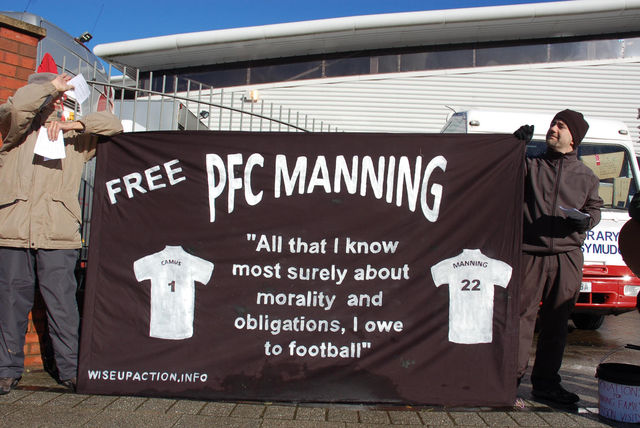 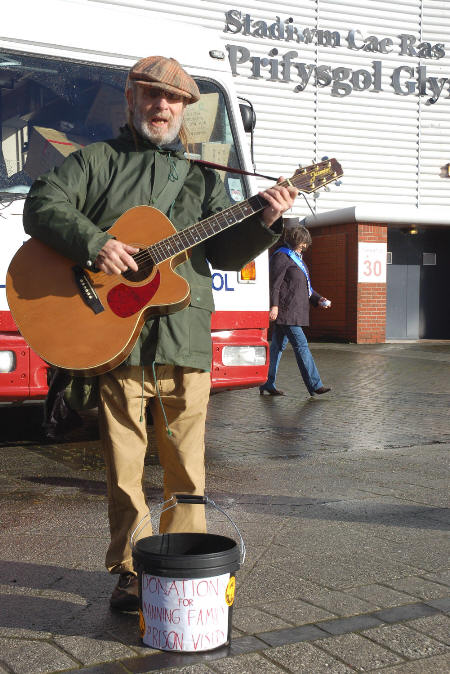 Benefit Gig at the Casa in Liverpool

The evening kicked off at the Casa Dockers' pub with a film of the 'Seeds of Hope' Plougshares disarmament action by four women in 1996 that ended in their acquittal by a Liverpool jury, followed by short clips from solidarity events for Manning over the past three years.

The event continued with poetry and music from Razz, accompanied on drums by Paul, solo sets by Martin Cruse, Joe Black and RoJ Whelan and various combinations of these five for the rest of the evening. Joe and RoJ had come over from Dublin, birthplace of Manning's maternal grandfather, specially for this event.

Ciaron O'Reilly, a former anti-war prisoner of the United States Government, spoke to those gathered about Manning's actions, detention, torture, trial and conviction, and our current fundraising effort to support Chelsea Manning's Welsh family members with the cost of prison visits to the US, the next of which will be in February.

Due to the sustained attacks on this event, which ranged from calls for a boycott and picket to the removal of posters advertising the event around Liverpool, discouragement by News from Nowhere and violence perpetrated by the objectors on the night, attendance was low and the benefit did not raise the funds hoped for the family. We hope that others in Liverpool will see this as a cue to do some fundraising for the cause.

Full report and photos from Saturday at manningfamilyfund.org.

Five of us gathered on Sunday morning 3 November outside the Racecourse ground in Wrexham to hold a vigil for Manning. We set up along the pavement with some older banners as well as our brand new football-oriented one complete with a quote by the philosopher (and footballer) Albert Camus.

Razz kept things lively with guitar and song while the rest of us engaged with the rugby crowd, who were mostly Welsh and had natural sympathy for the plight of Manning’s family faced with years of costly prison visits to the imprisoned whistleblower. We also handed out hundreds of flyers with basic information about the case and how to donate and collected £30 in donations there and then.

Full report and photos from Sunday at manningfamilyfund.org.

You can make a donation online to the Family Fund. How to donate. Everyone who donates in November 2013 will be entered into the draw to win a 'Free Manning' rugby football signed by Julian Assange.

Photos from both days and the preparation we did beforehand can be seen here and here (flickr sets).

We also made a few videos, now on YouTube: