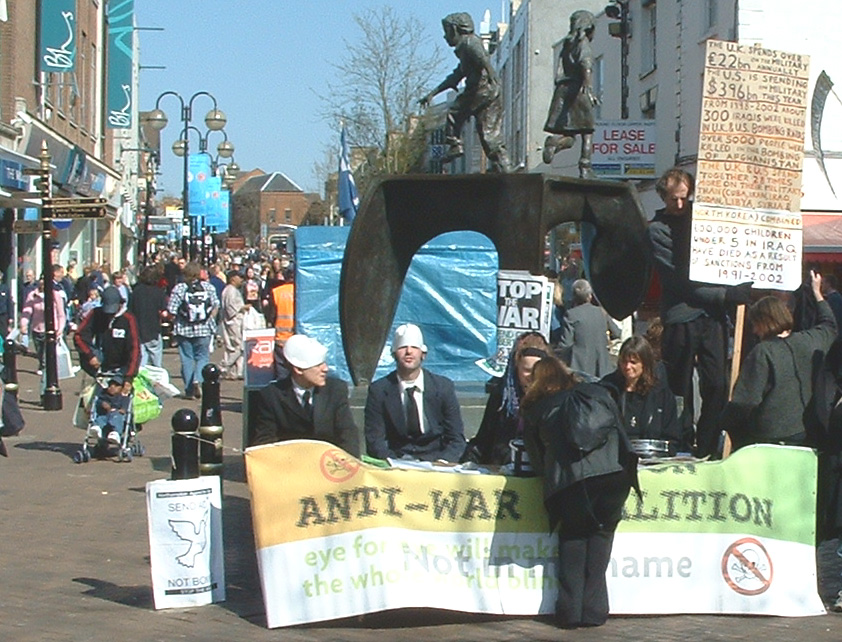 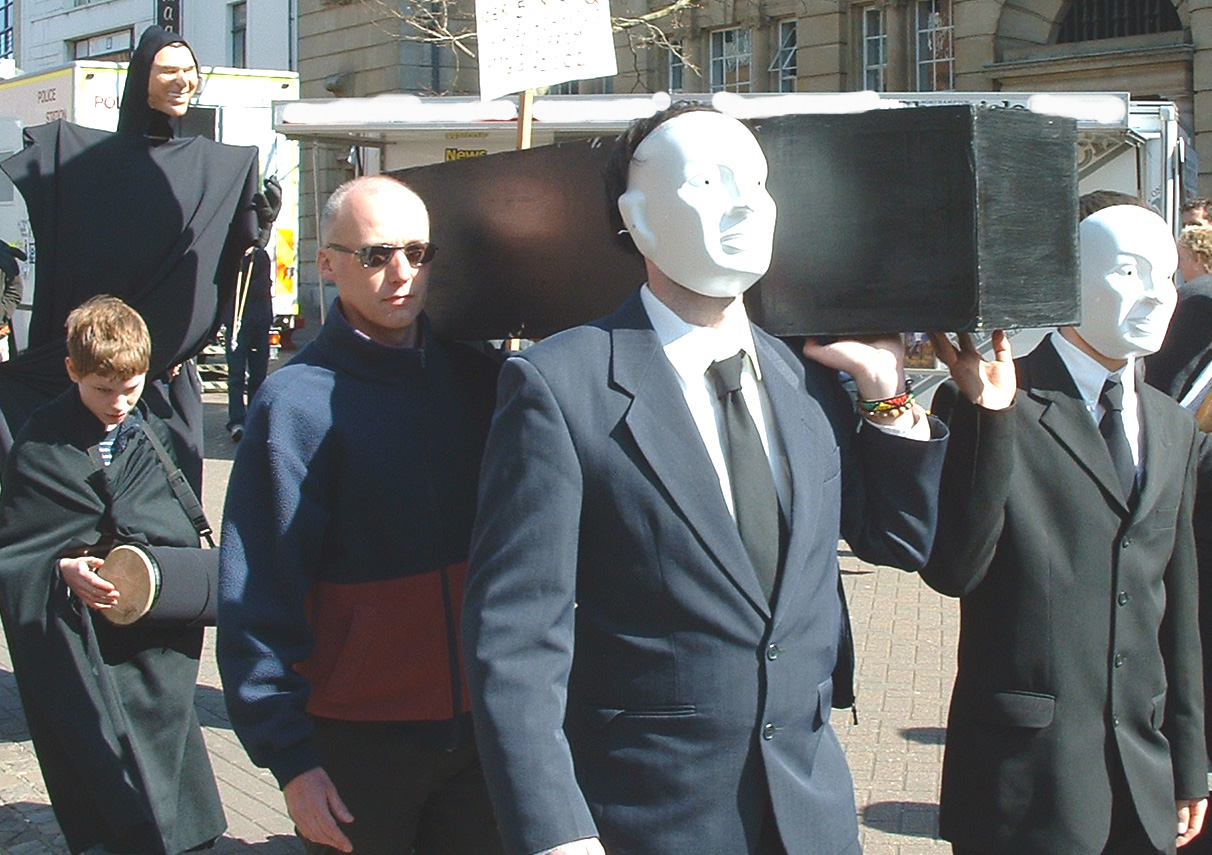 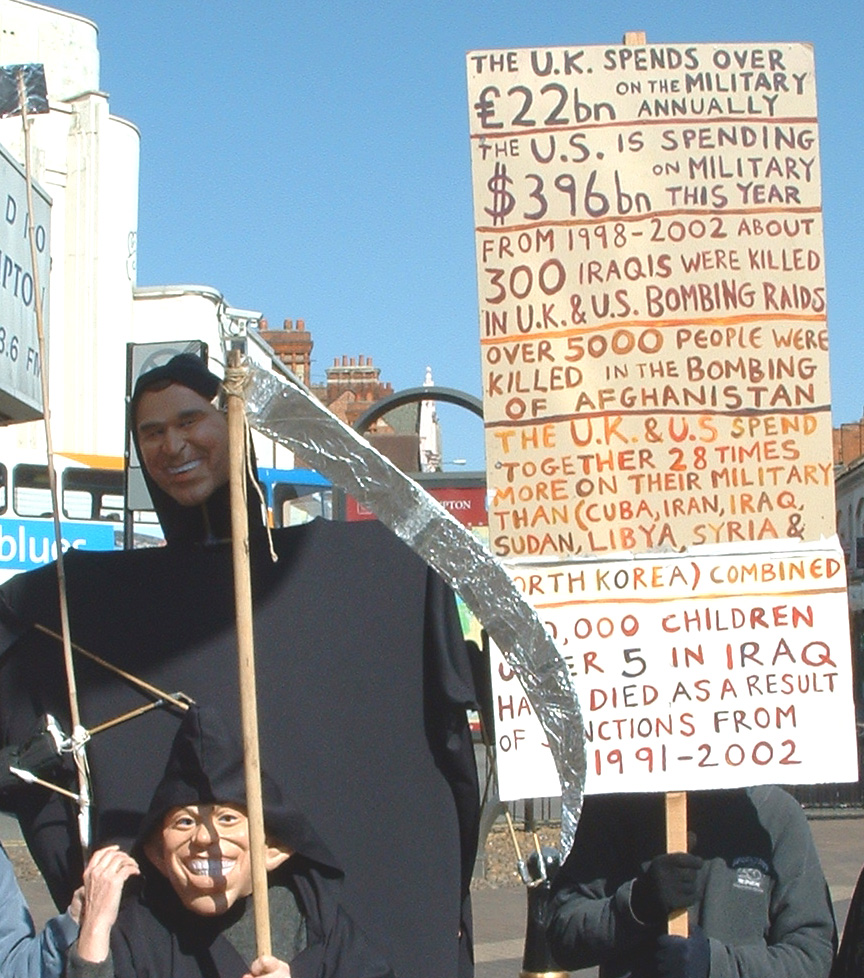 Northampton Stop the War Coalition Held a 'mock funeral' on Saturday afternoon in Abington Street and then asked members of the public to sign petition.

Ironic that President Blair is dwarfed in this photo by his master President Bush! Its akin to a little child who has found a new friend, he follows the new friends orders blindly as he endeavours to stay in favour. Reminds me of certain Labour MP's who once held good strong Socialist values but have now 'sold themselves out' to stay in favour of this 'NewLabour' Party.

The protest march began outside BBC Radio Northampton and moved down Abington Street to the Cobblers Last where a stall had been set-up with flyers and posters as well as a petition for passing members of the public to sign, which they did in some numbers.

One of the organisers told Webby: "The march is to bring peoples attention to the plight of those suffering due to the ongoing bombing of the Afghani people and to the disastrous consequences should Bush & Blair decide to take action against Iraq".

The Northampton Anti-War Coalition claims that over 600,000 children under five have died in Iraq as a direct result of sanctions against the country.
There was a meeting between the Northampton Stop the War Coalition (NSTWC) & Tony Clarke MP this evening at the Vocal & Instrumental Club at 7:00PM. I was asked to attend by the NSTWC but decided against doing so as Tony Clarke would more than likely have refused to talk with me present or would have clamped-up altogether, I shall endeavour to bring you a summery of what took place shortly. I was also asked not to promote the event as Tony Clarke made it clear that he would only talk to NSTWC members and no-one else! I wonder why?