photos and a few lines of text of the action in glasgow city centre thursday evening: great first response! (article 1) 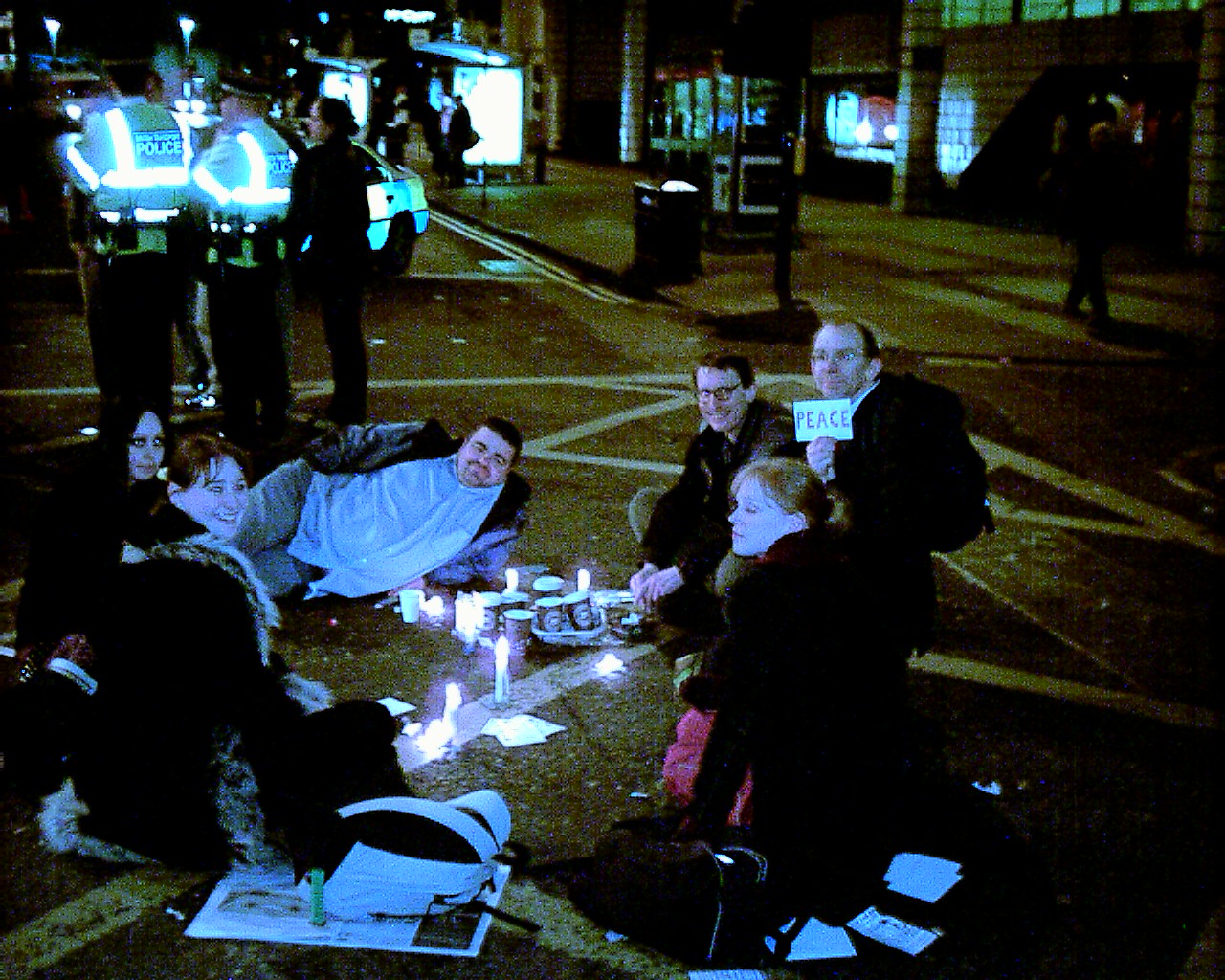 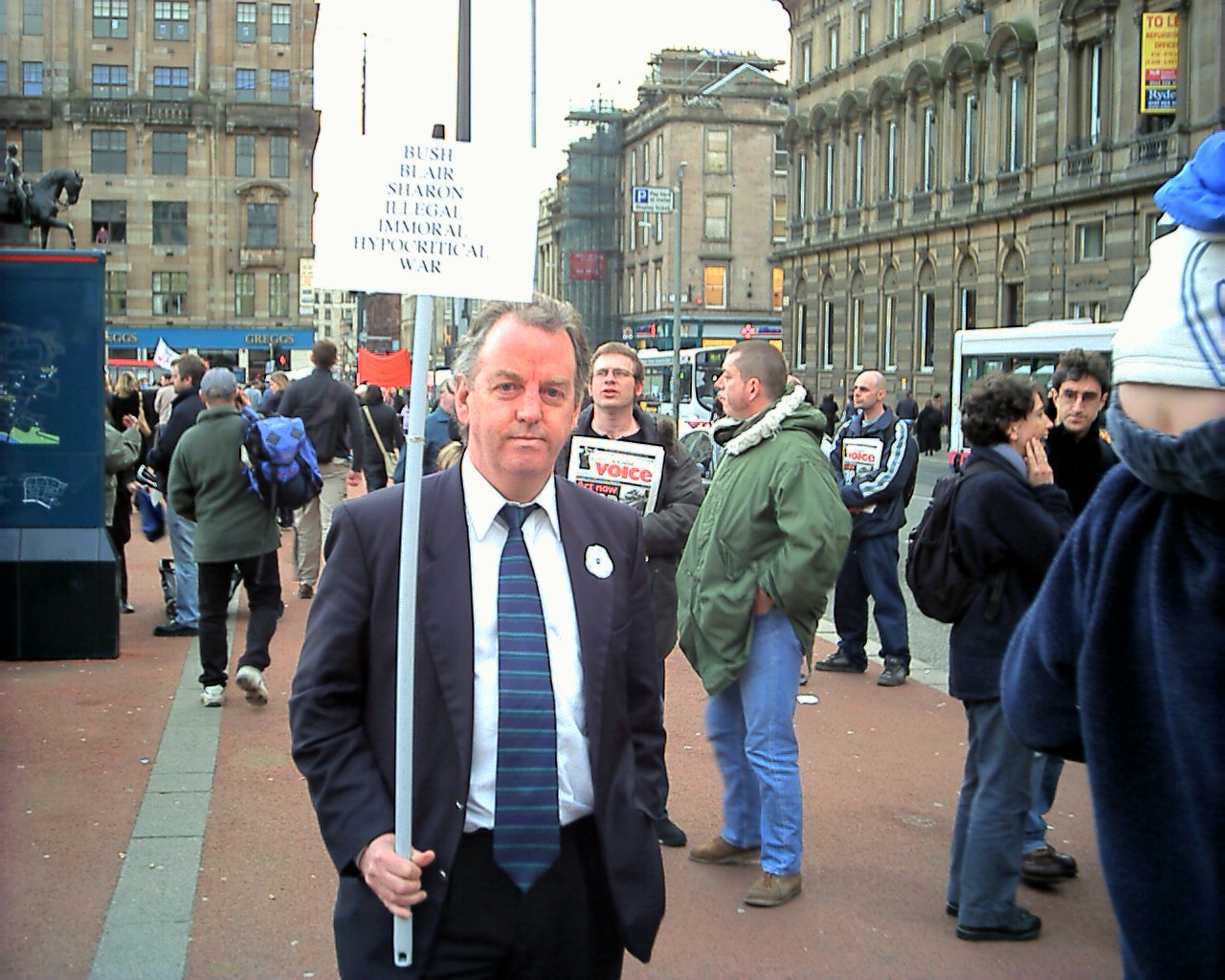 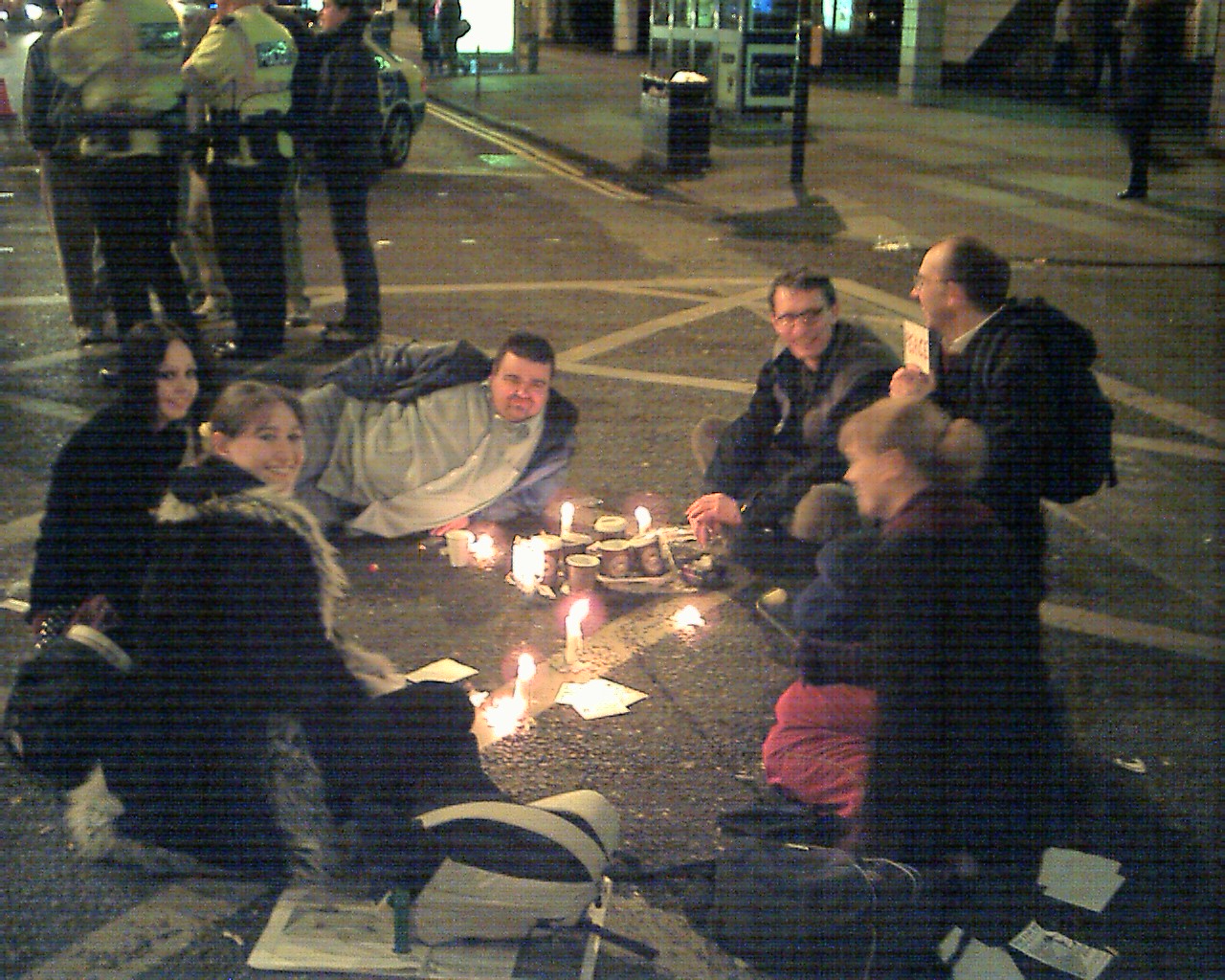 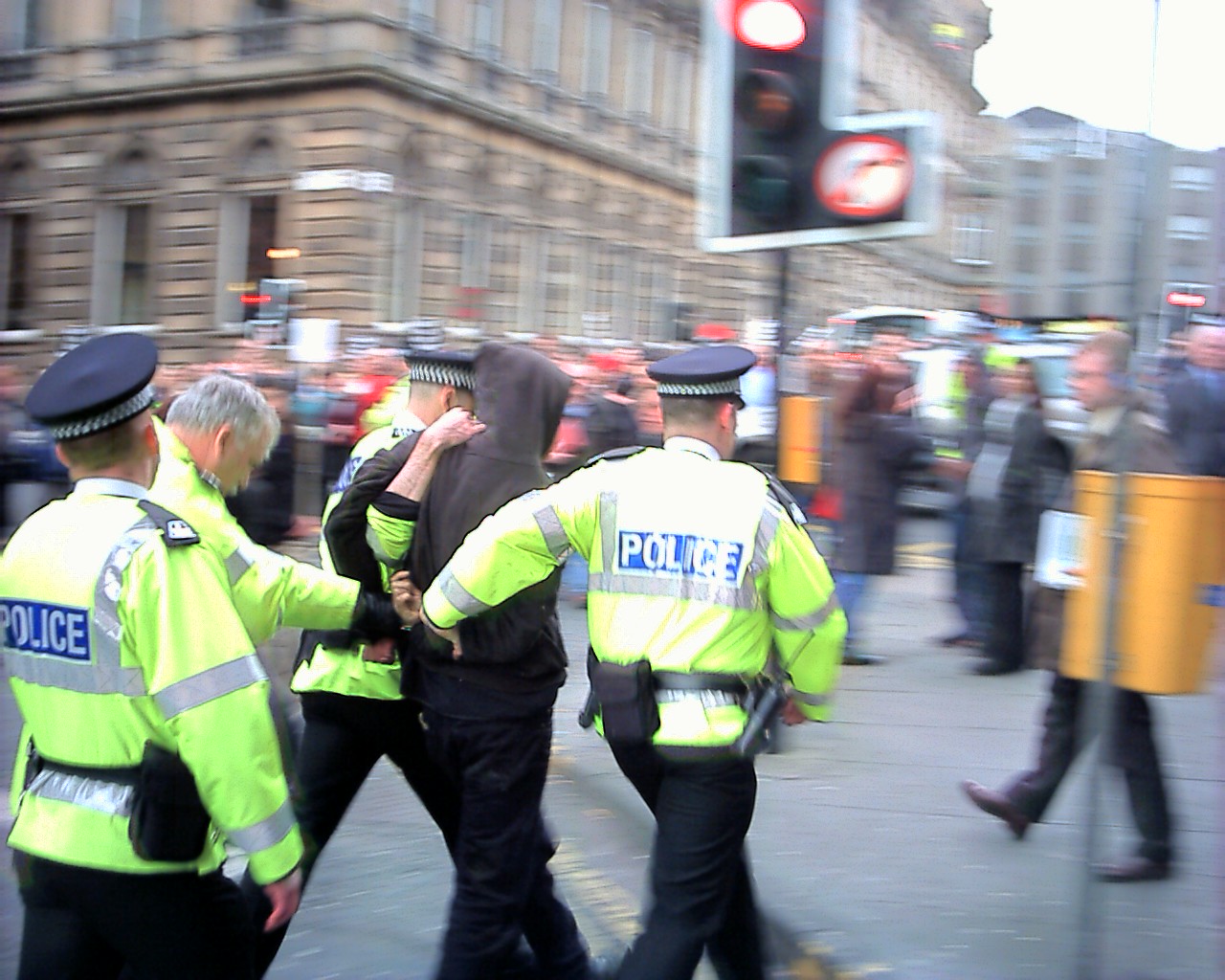 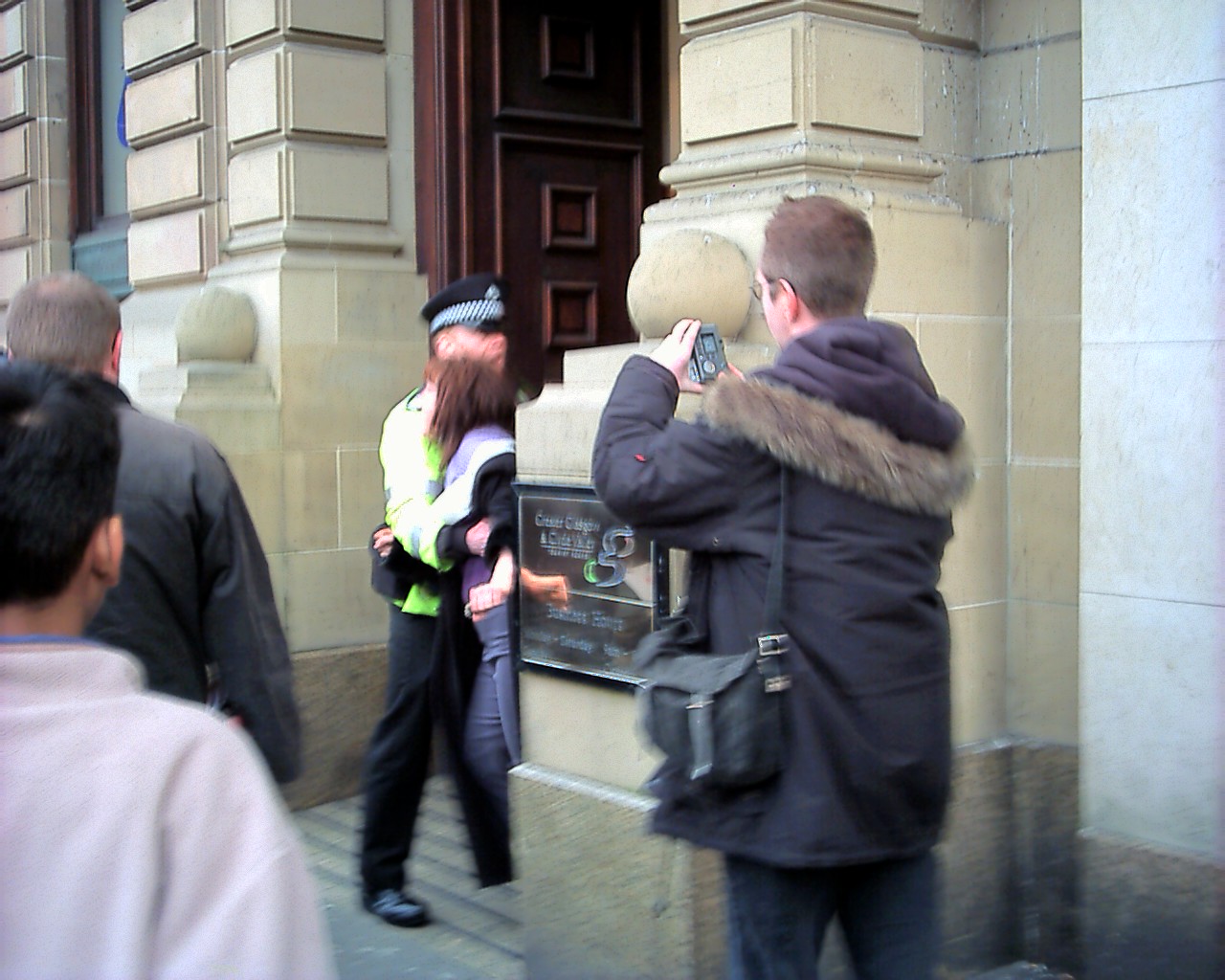 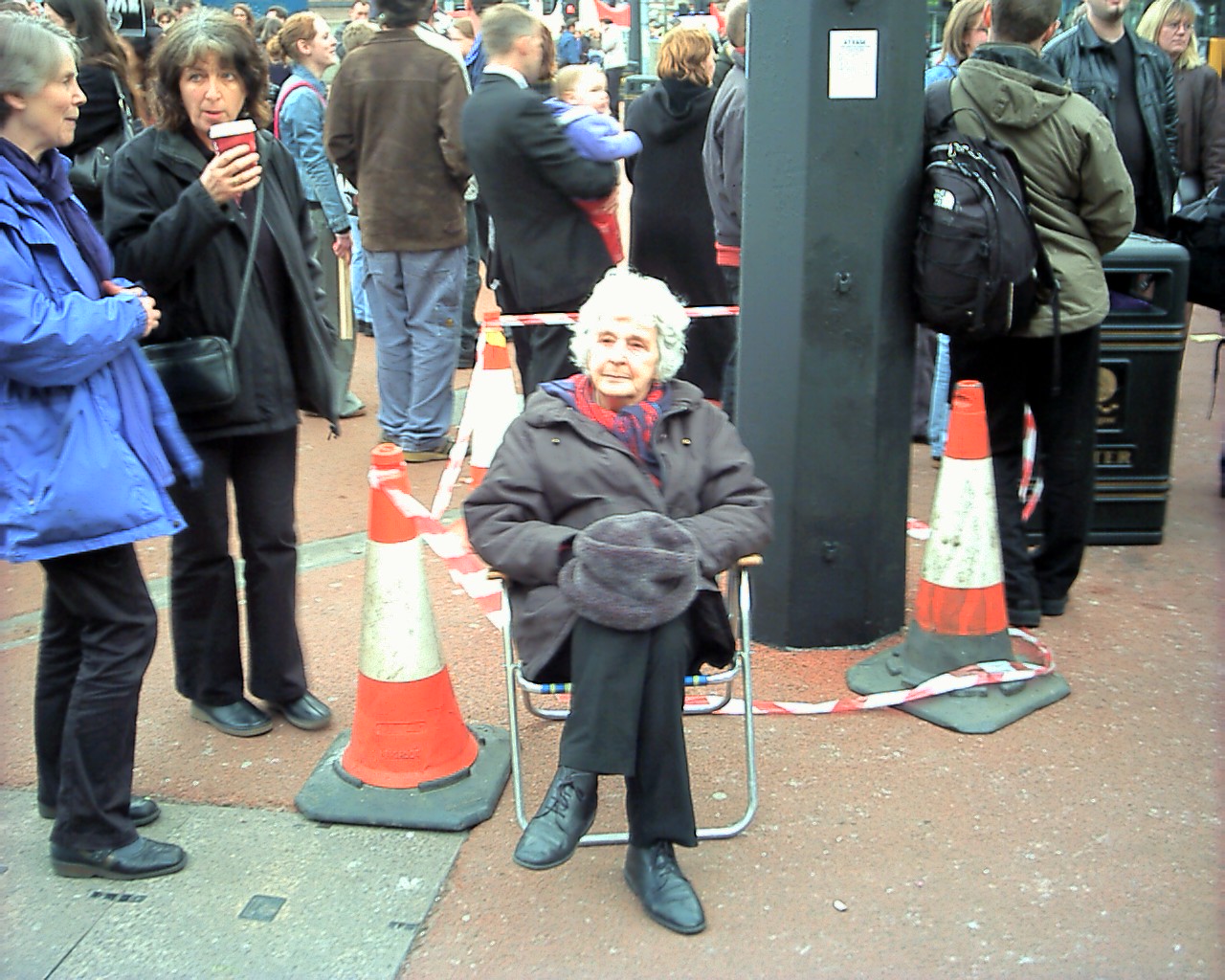 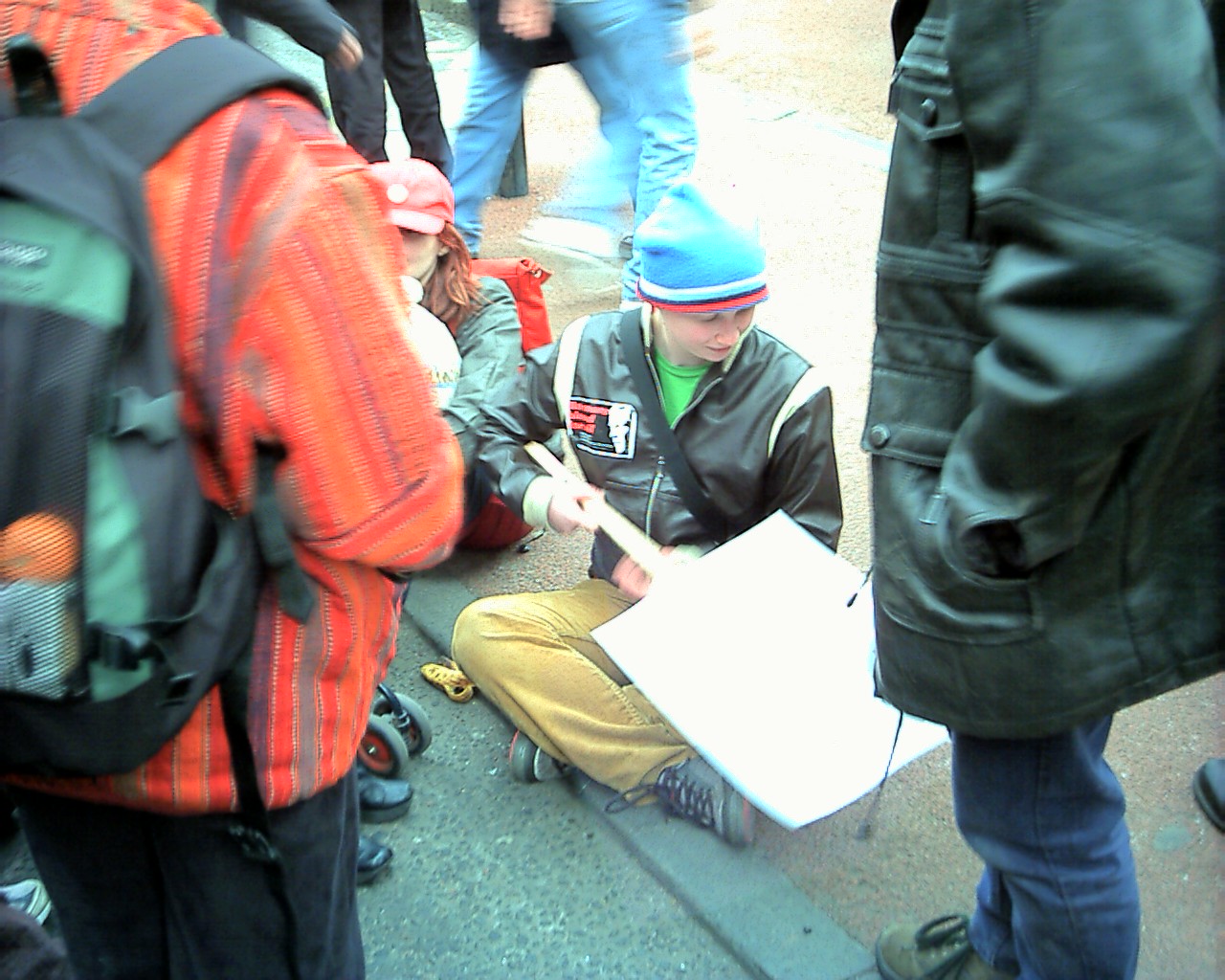 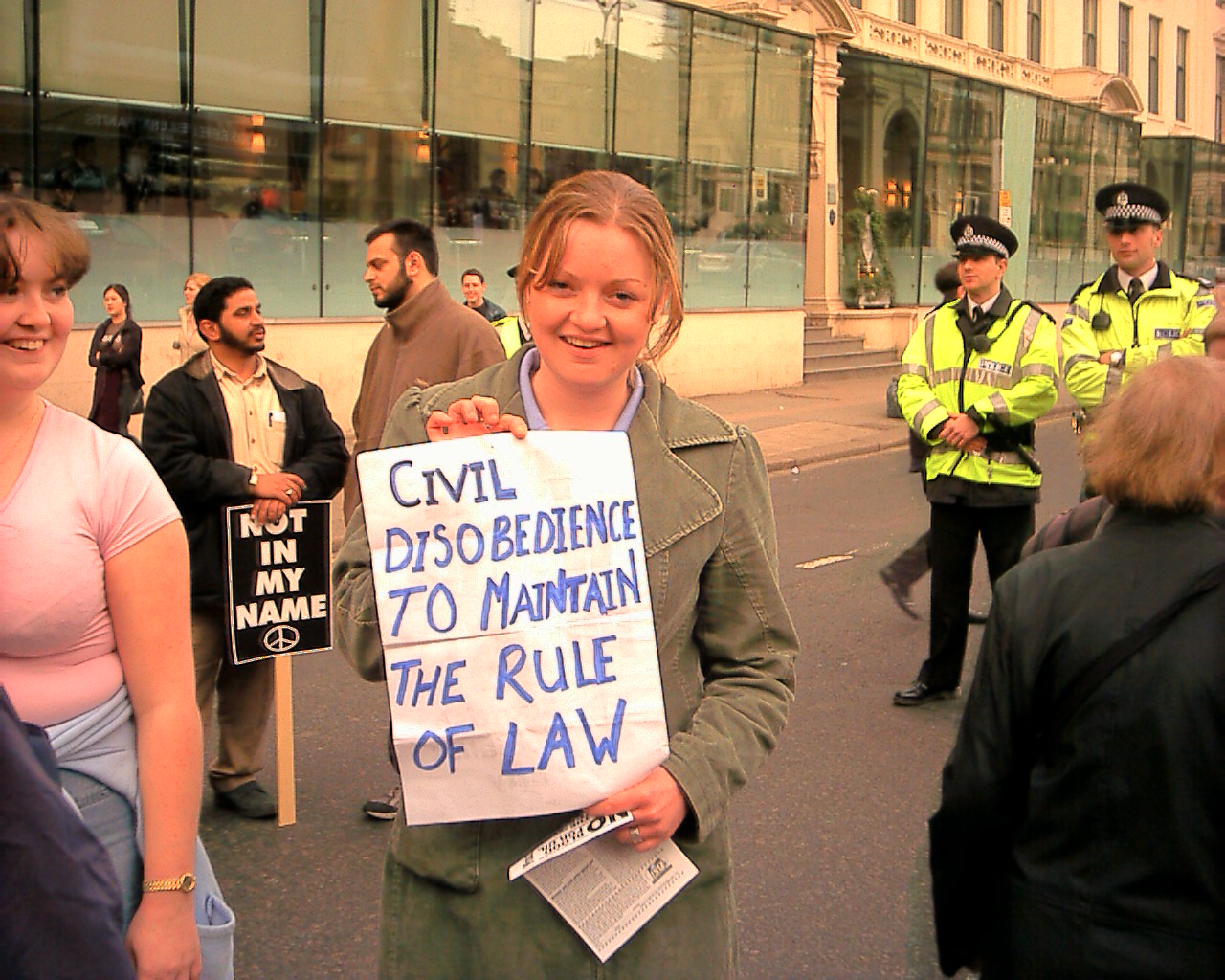 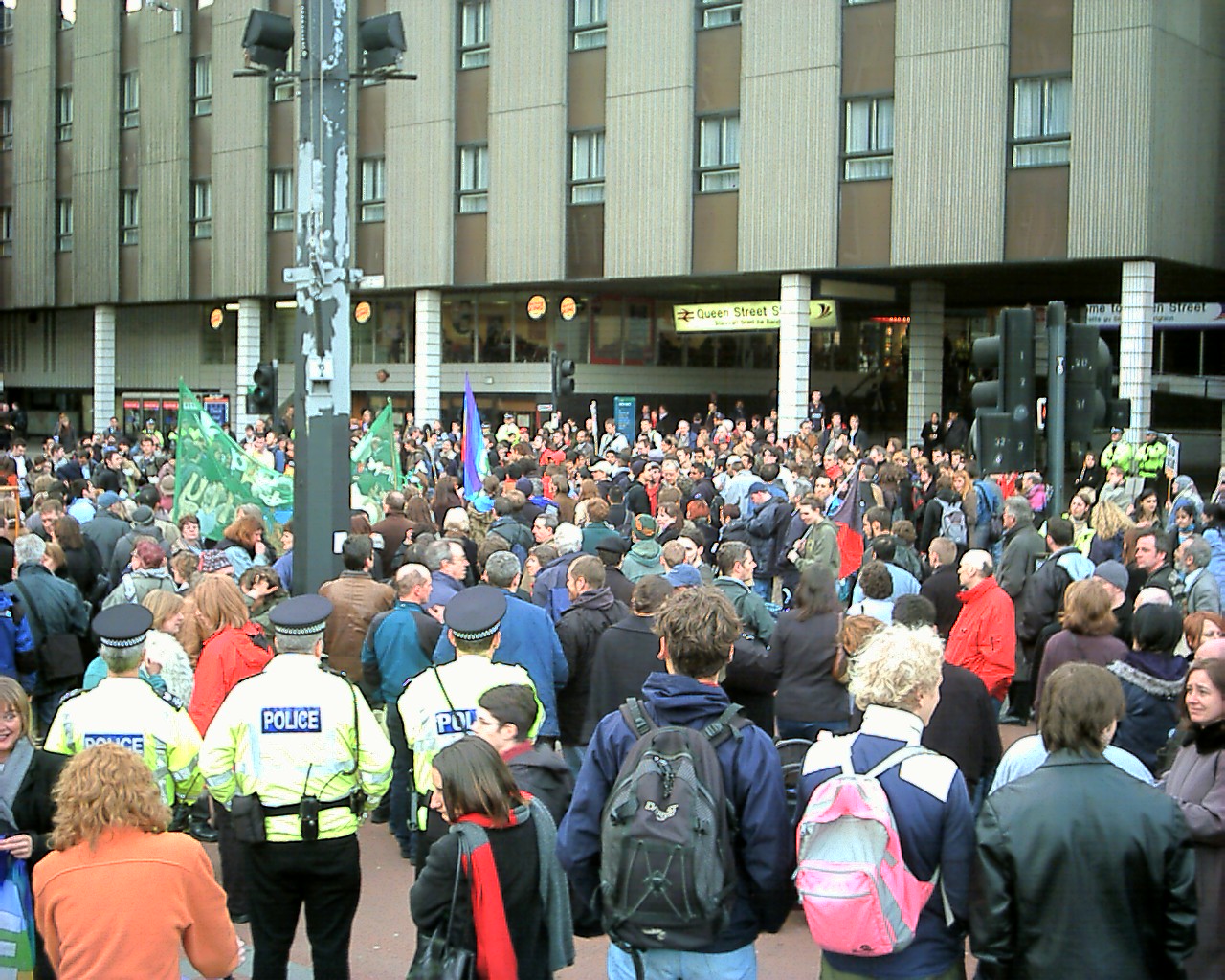 Here are photos from the five pm city centre action in glasgow. This was taken almost immediately after five pm… by six pm the numbers had swelled and there were four separate junctions blocked. the guy being led away: i'm a bit concerned for. he'd thrown red paint over the army recruitment office in queen street and he was led away *very* forcefully. i know other people who got fotos of him being assaulted - subtle knees in the groin, etc, see if i can rustle those up... hopefully not a ttatse of what we are to expect as the campaigning gets more intense. (ours as well as theirs!)

The other photos display the diversity of the protesters; different backgrounds, same aims. And talking to the protesters, it was clear that government chatter about people being misguided, unaware of the facts or even apologists for saddam is at best patronising. People protesting with a full knowledge of the political history of the conflict, a full knowledge of the complicity of not only previous uk governments but this present one in creating a dangerous world full of dictatorial regimes and weapons of mass destruction, and a full knowledge that civil disobedience is the only option left for us in a democracy that has failed to represent its people.

The last remaining protestors, these guys put up with my ham-fisted photography despite the lateness of the hour (just after 10pm, yes!!!) and the dropping temperature. You can actually see the guy on the right’s sign better in the non-flash photo, and it sums up the argument very simply and beautifully.