Denied the right to protest at Fairford, then followed by the Met and TSG/FIT around London. (article 1) 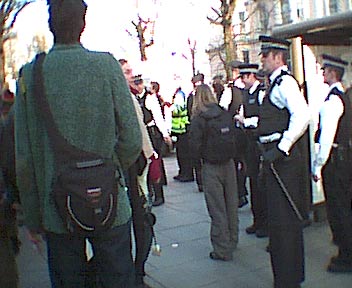 After jumping off one of the coaches at Shepherds Bush people denied the right to protest at Fairford were followed, filmed and harrassed, by police on foot , car and in Riot vans into Central London. The police had previously blocked all 3 lanes of the M4, presumably so that other traffic could not see what the protest signs in the windows of the coaches. Some people were followed around all evening in a clear case of police harassment. 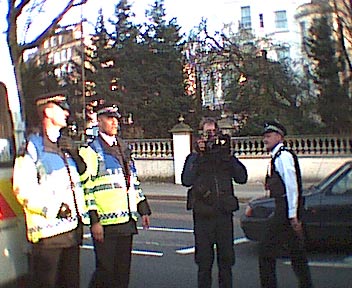 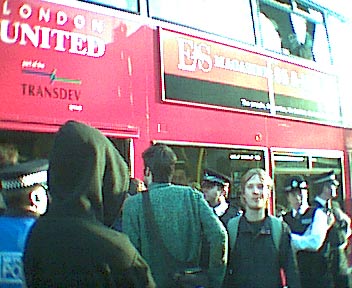 Not content with following buses down the M4 they now follow people from the Fairford coach onto a couple of double-deckers.