STOP THE OCCUPATION OF IRAQ!
DISARM THE US & UK REGIMES! (article 1) 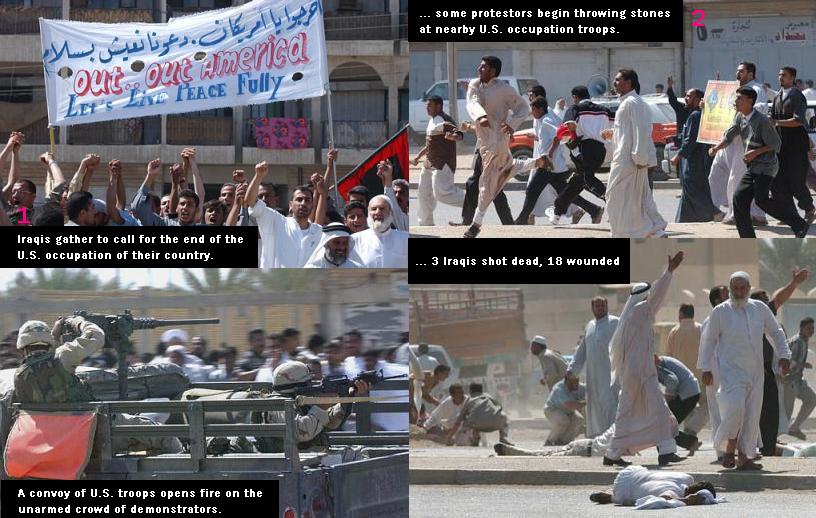 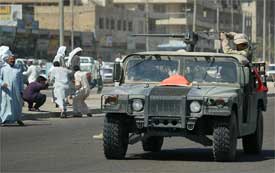 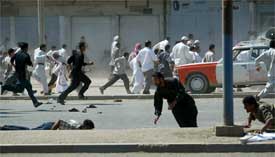 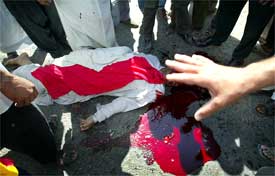 The war between the two regimes ended with the victory of the allied forces led by the US and UK fascist states.

But the social and class war has just begun... the tactic used by the occupation forces in order to counter this war is even worst than the zero tolerance tactics used upon the protests in the rest of the world... their tactic is a simple as that... MURDER AND THEN ASK QUESTIONS...

another palestine will be born soon...

if we want to really help this people we should act quickly and tople the fascist capitalist regimes here in the western world! It's our right to defend ourselves and others when they are murdered by our qovernments!