The best of many photos I took of the May Day celebrations / demonstrations in London, UK on Thu 01 May 03 -- Critical Mass and Weapons of Mass Construction (NOT TUC and Globalise Resistance) (article 1) 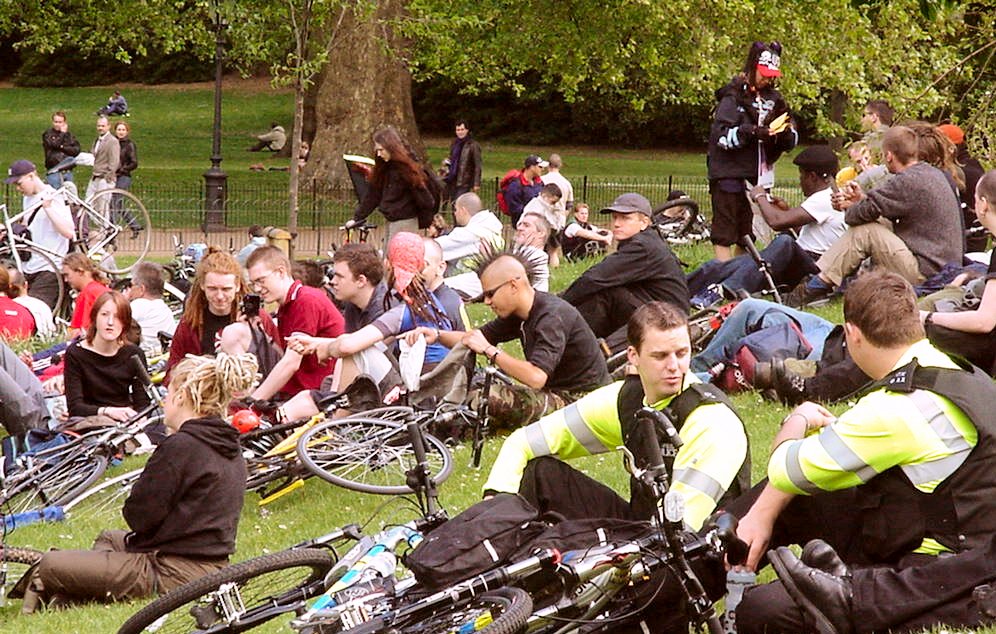 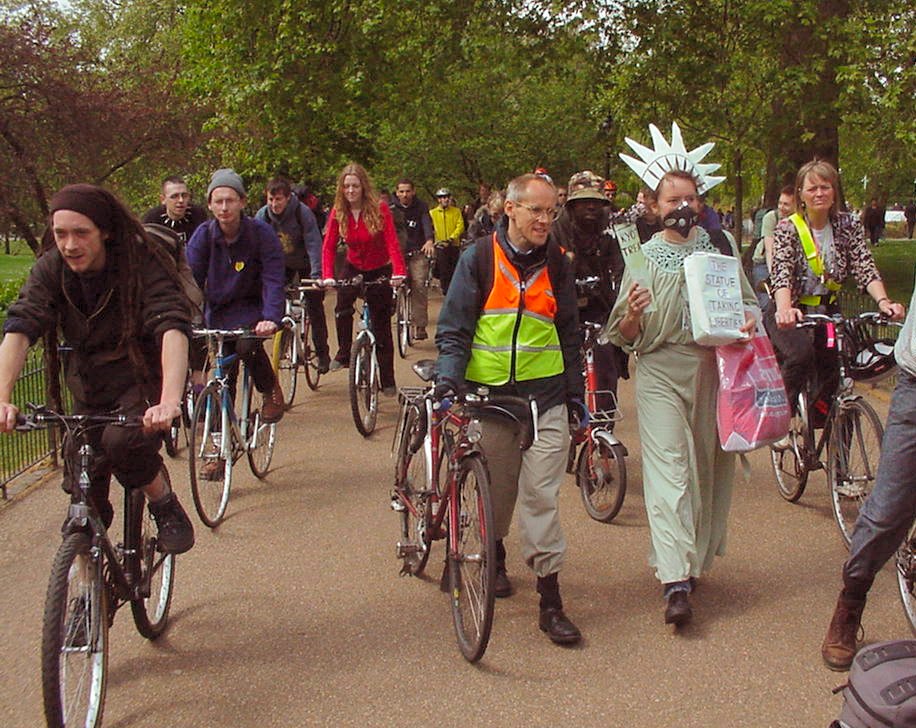 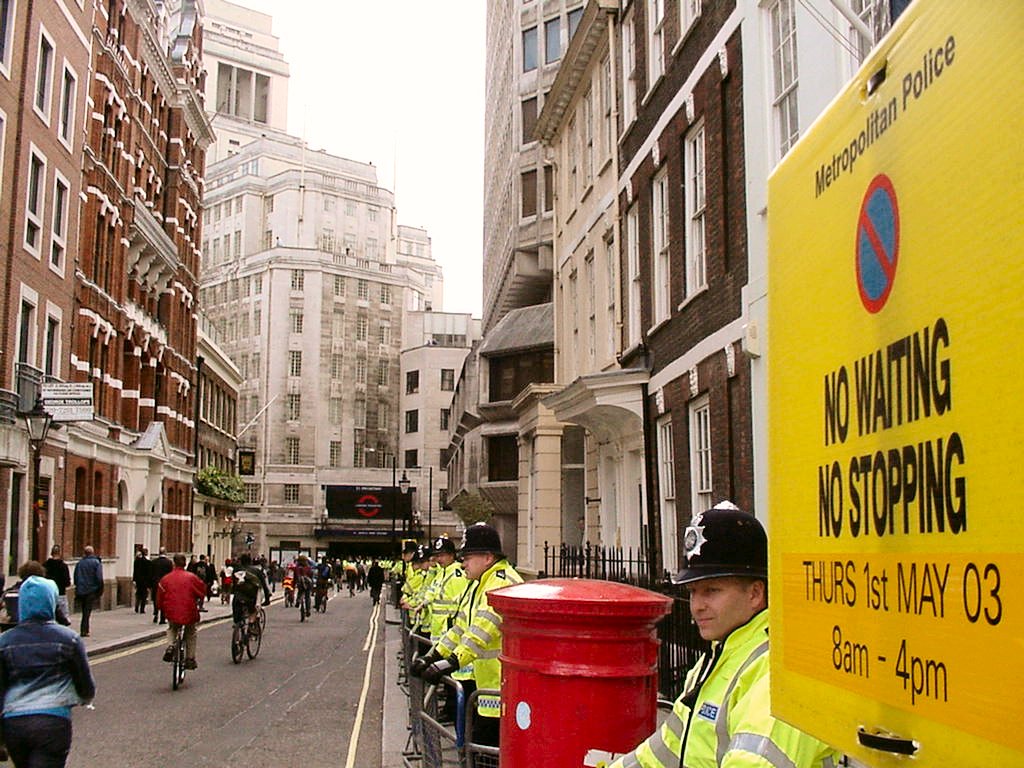 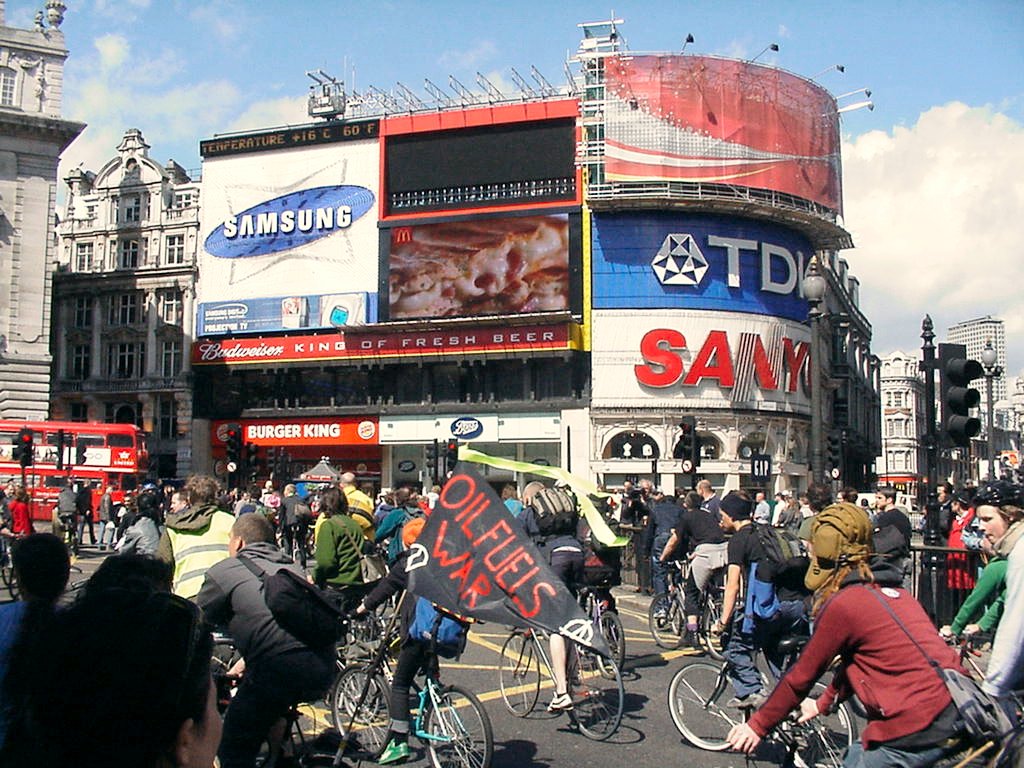 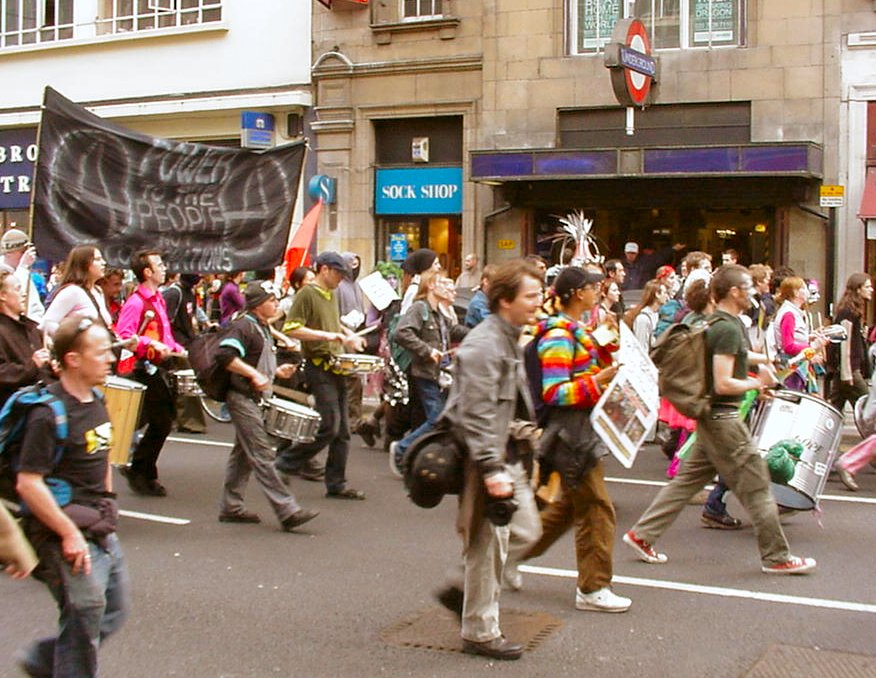 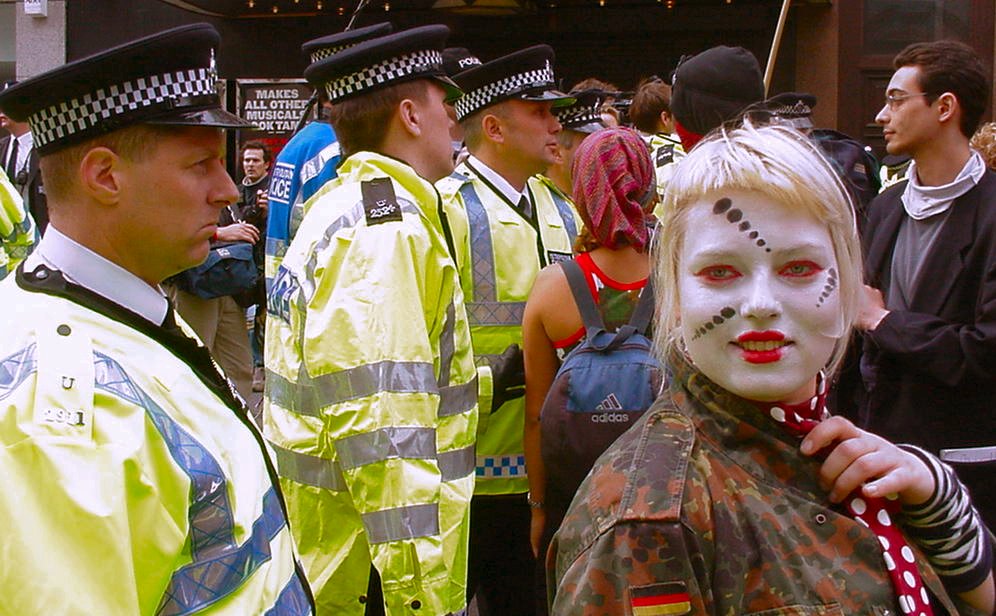 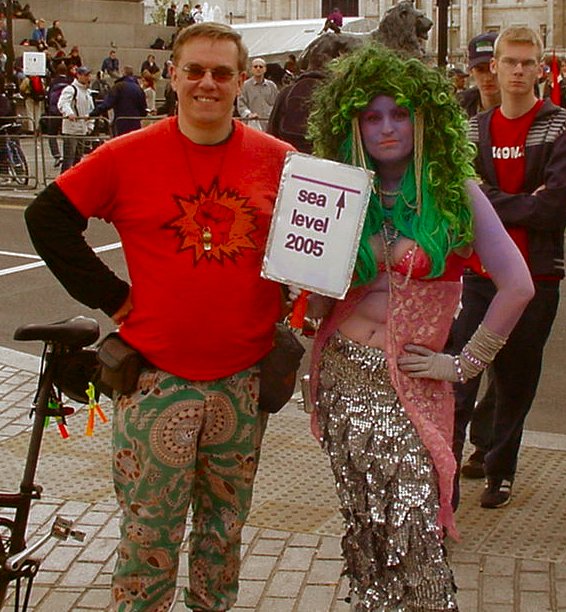 Despite the woeful scaremongering of the capitalist media, several thousand people braved the risk of serious police violence to celebrate International Workers Day, many in glorious home-made costumes. The sun shined on a multitude of wheeled and walking, musical and mobile sub-demonstrations, which kept the cops guessing where we'd turn up next. In a generally celebratory atmosphere, we played, whistled, tooted, danced and demonstrated our way throughout central London, and the cops only very occasionally resorted to the contemptable violence for which the are so imfamous. The final TV news report on the day only had 10 arrests to report, and around UKP6m in lost business. All told, an enjoyable and successful May Day and a clear indication that anti-capitalist DIY politics is alive and kicking.