Pics from the green flag breakaway march that ran around the streets all afternoon resisting several attempts by police to surround them - meeting up with some of the critical mass cyclists adding a mobile sound system to the samba band, the crowd danced and ran around central london in a large carnival procession. 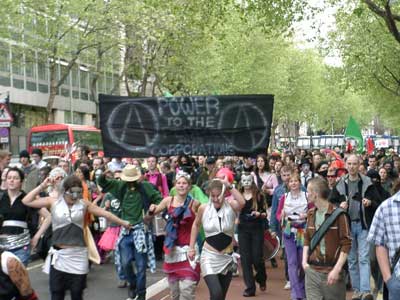 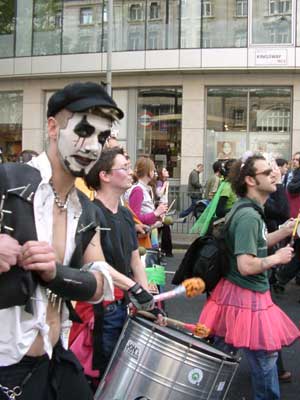 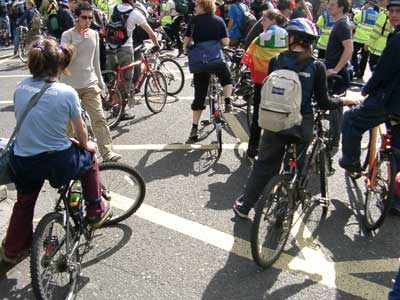 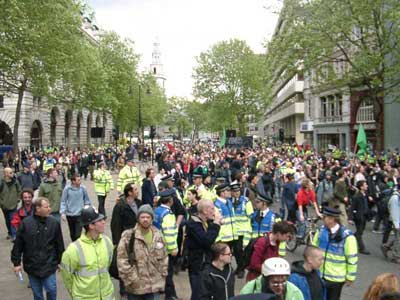 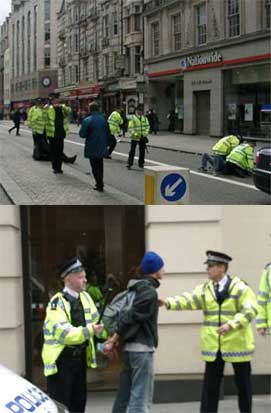 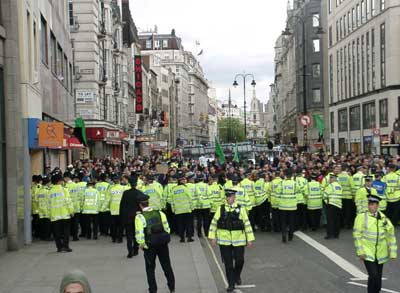 as mainstream tv cameras filmed from the roof police surrounded part of the crowd on the strand - the first time they had succeded in blocking the green march.

they put in more lines of police to push away those not surrounded but soon the whole group escaped up a side street past charring cross police station, running up and through leicester square with police running behind, some more successfully than others! 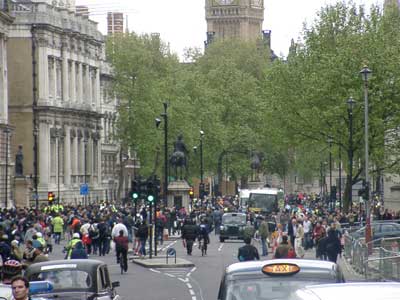 after more running and dancing through the streets about three quarters of the crowd stormed off down whitehall - 3 mins later and around 40 riot vans sped down the mall obviously fearing the worst - in any case it showed who the streets belonged to! 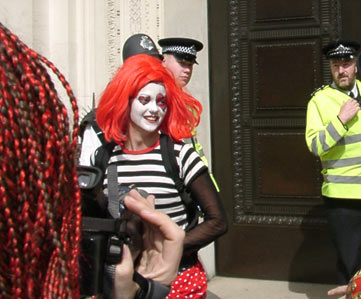 earlier on the crowd had marched past covent garden and the masonic lodge hq just around the corner - can't remember all of the places or streets visited, but the atmosphere was great and the crowd loud and well up for running.

Mayflower, youve got a pic of me being arrested!(The dude with 2 overweight coppers sittin on him and the dude with the blue hat) did you see what happened? im looking for witness' mate.

Or if anyone else saw me getting beaten up n arrested please write back and we'll work out a way to get in contact.

Arrested at 3.30 on the Strand

My boyfriend (Ben East) was arrested on Thursday at about 3.30 on the Strand. He was restled to the ground by two police men and hit his teeth on one of their heads on the way down. They have charged him with assaulting two police officers. Ben is about 6"2 with short black hair, he was wearing a black t shirt with a pattern on the front. He wasn't masked up and didn't have a hat on. Anyone who thinks they may have seen him be arrested please get in touch.