Protests against the policies of the European Union (EU) took place in Thessaloniki, Greece, from 17-22 June 2003. Singled out for criticism were the EU's refugee and immigration policies, complicity in the war in Iraq, and slashing of pensions. More than 125,000 people took part. A significant minority of demonstrators went beyond a condemnation of specific EU policies and proposed replacing capitalism with a directly democratic economic and political system. A full overview can be found in the Thessaloniki Action Archive. 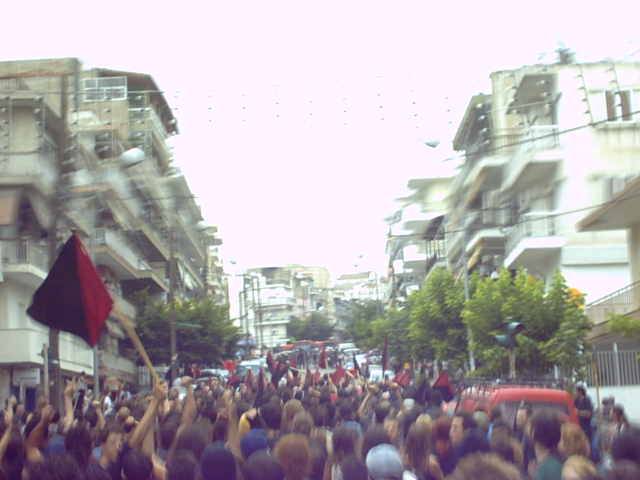